Mazepin was forced to take evasive action at high-speed during final practice for the Saudi Arabian Grand Prix after closing on Hamilton, who was on a slow lap, through the blind left-hander Turn 8.

The stewards investigated the incident and gave Hamilton a reprimand, as well as fining Mercedes €25,000. It emerged that Mercedes had not warned Hamilton that Mazepin was closing up any time after giving a 10-second warning.

Hamilton explained after qualifying in Jeddah that he had “no idea” where Mazepin was, and that the blind corners made it a difficult to manage traffic around the street track.

“Yesterday in the drivers’ briefing I did say that I think there was a potential for this, so we should probably keep a minimum speed everywhere, like they did for [Turns] 22 to 27, I think it was, but they only did it for 22 to 27,” Hamilton said.

“I apologised to Nikita.”

Mazepin brushed off the incident, saying it was “not a big deal from my side”, and revealed that Hamilton had messaged him to say sorry.

“He felt very sorry for what happened, and he said it wasn't the best job done from their side,” Mazepin said.

“It's really nice to see the experienced and older generation really paying attention to these things. In F2 you might never get a driver thinking about it, where in F1, the seven-time world champion is. So that's really kind from him.” 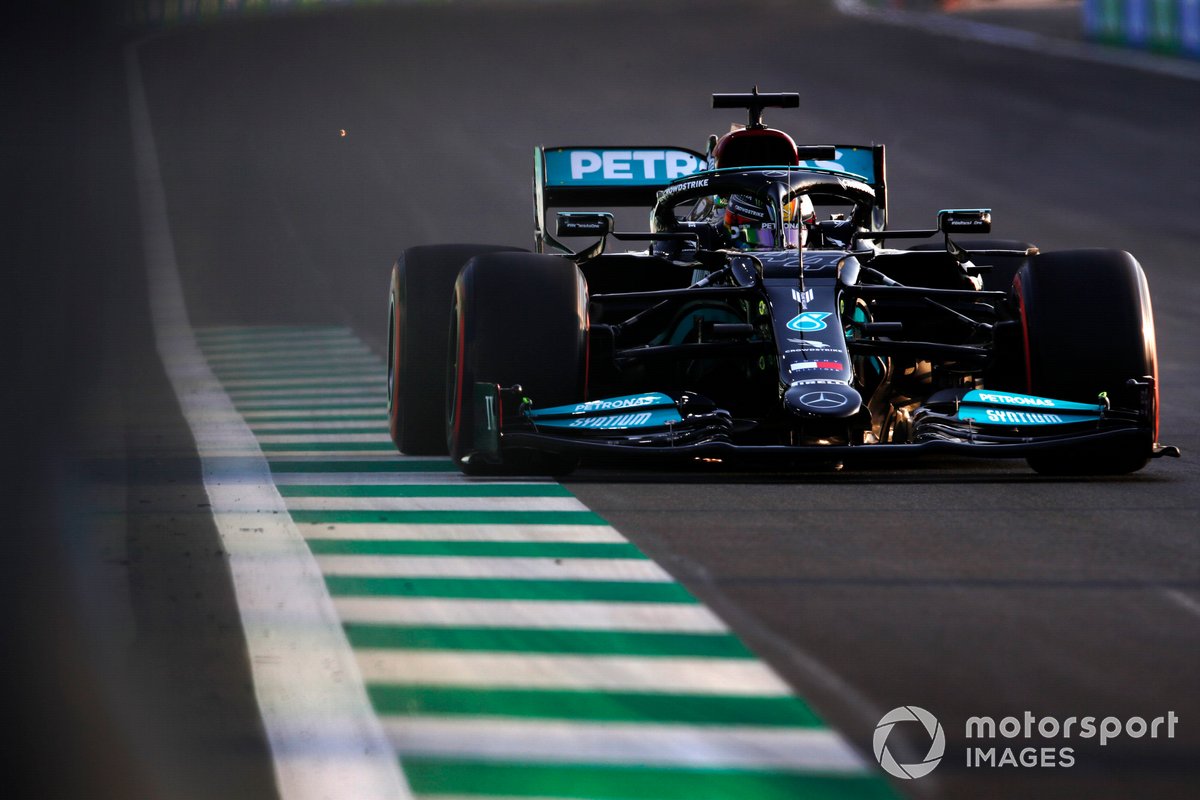 Any penalty beyond a reprimand could have impacted Hamilton’s title battle with Red Bull rival Max Verstappen, who sits eight points clear at the top of the standings with two races remaining.

Mazepin also downplayed the need for any greater sanction, saying he would not have wanted the incident to have impacted Hamilton’s title chances.

“I really like Lewis, and I really wish him all the best that I can in his title fight,” Mazepin said.

“I wouldn't want him to be penalised for something that was together with me.

“I'm in my first year in Formula 1. He was probably focusing on his steering wheel adjusters and thinking how to find a bit of lap time for qualifying.