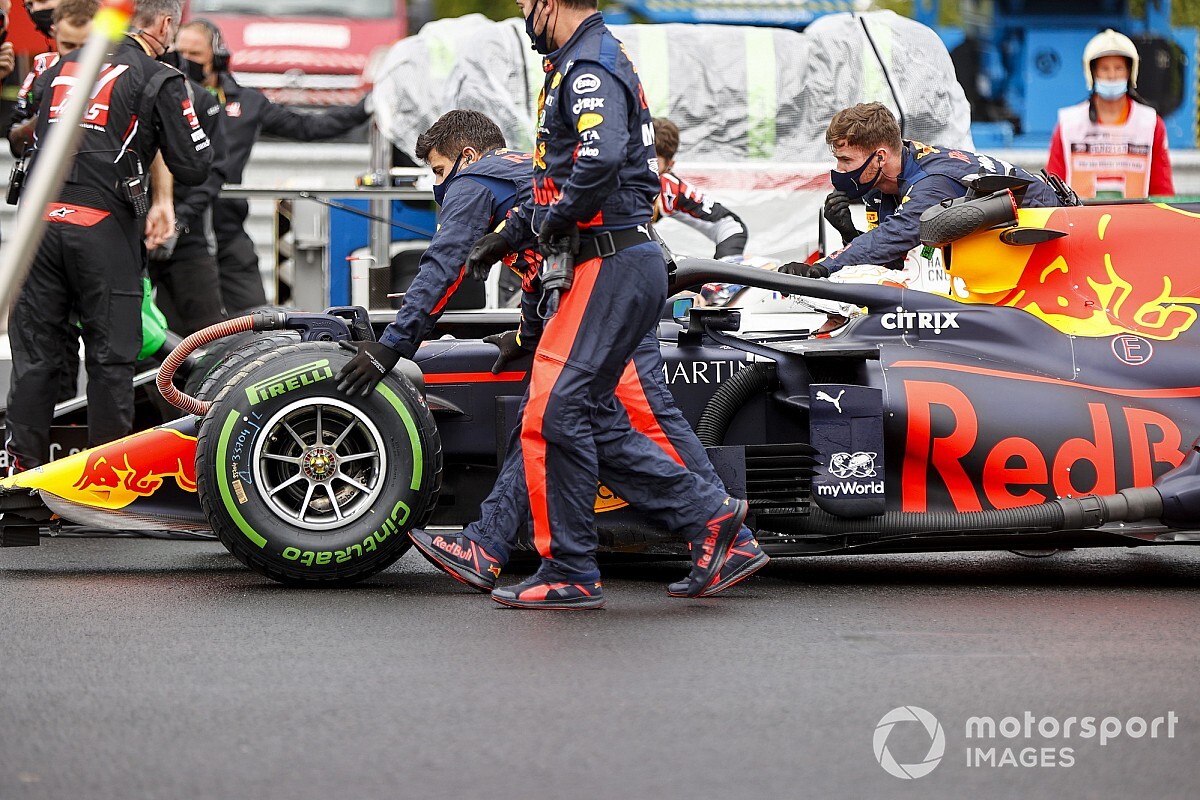 Just when you think you’ve seen it all in Formula 1, the Red Bull mechanics performed a trick ahead of the Hungarian Grand Prix that the greatest of magicians would have been proud of.

Max Verstappen’s crash on the way to the grid provided his crew with 20 minutes of high-stakes drama as they set about repairing damage to his car that left even rivals shaking their heads in disbelief.

Others firmly believed the mistake would be so costly it couldn’t be repaired on the grid, with Mercedes even telling Lewis Hamilton as much. This was followed up later by the Briton revealing his shock over the radio that Verstappen was even in the race, let alone behind him on the track.

All calm in a sea of panic

As Verstappen hobbled away from the scene of his accident at Turn 12 on his formation lap to the grid, it was obvious that a hefty repair job was needed. At the very least the team knew that the steering arm was broken, with the wheel on that side of the car clearly flailing around independently of the other.

The Dutchman immediately got on the radio to his engineer, Gianpiero Lambiase, and explained his misdeed: “I’m bringing it back to the pits, I hope.”

Crucially Verstappen was ordered to go straight to the grid and not into the pitlane. 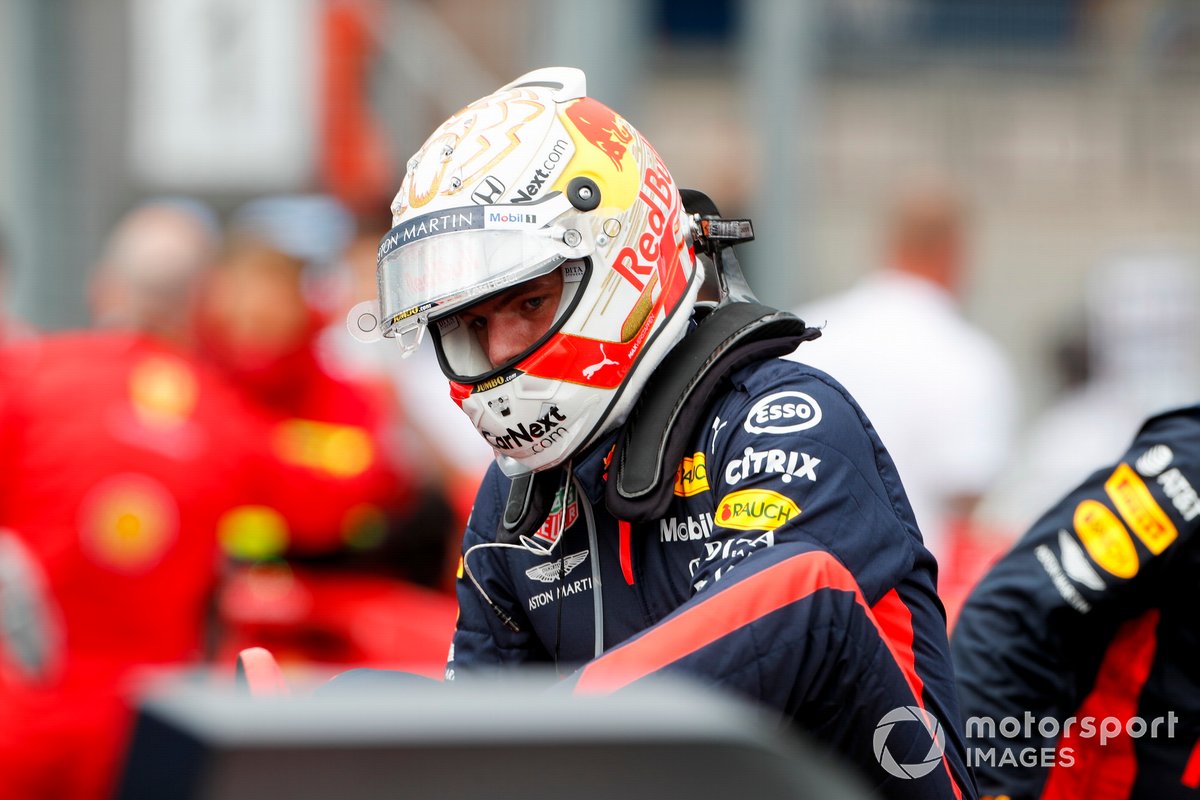 A red faced Max Verstappen, Red Bull Racing, climbs out of his crashed car on the grid

No sooner was the car stationary in its slot than the mechanics sprung into action. And, without a moment to waste, as there were just 19 minutes and 32 seconds until the formation lap, they started to dismantle the front-left corner of the car.

The team needed to replace both the steering arm and pushrod, both of which have packaging challenges on the RB16 that made it a particularly difficult operation.

Watching from the pit wall, as the team tried to prepare for the race in the normal manner, team manager Jonathan Wheatley was downbeat when in conversation with Helmut Marko about their chances of succeeding. “We’ll have to do it faster than we’ve ever done it,” he mused.

With 16 minutes until the start of the formation lap, and the national anthem being played out across the circuit, the mechanics had already disconnected the inboard end of the pushrod and were dealing with one of the more tricky aspects of this operation – the inboard steering arm connection. 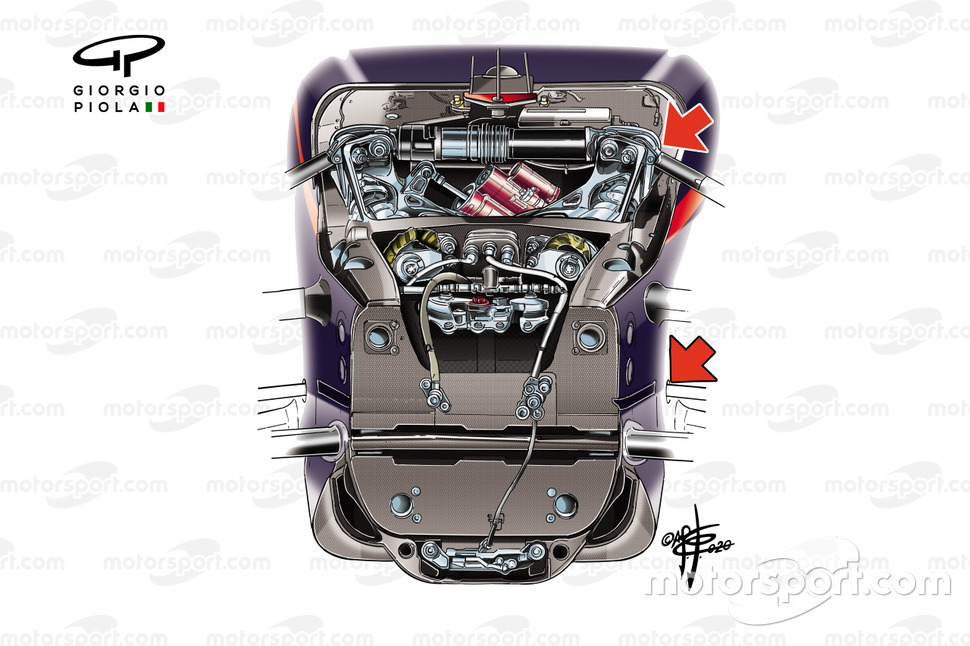 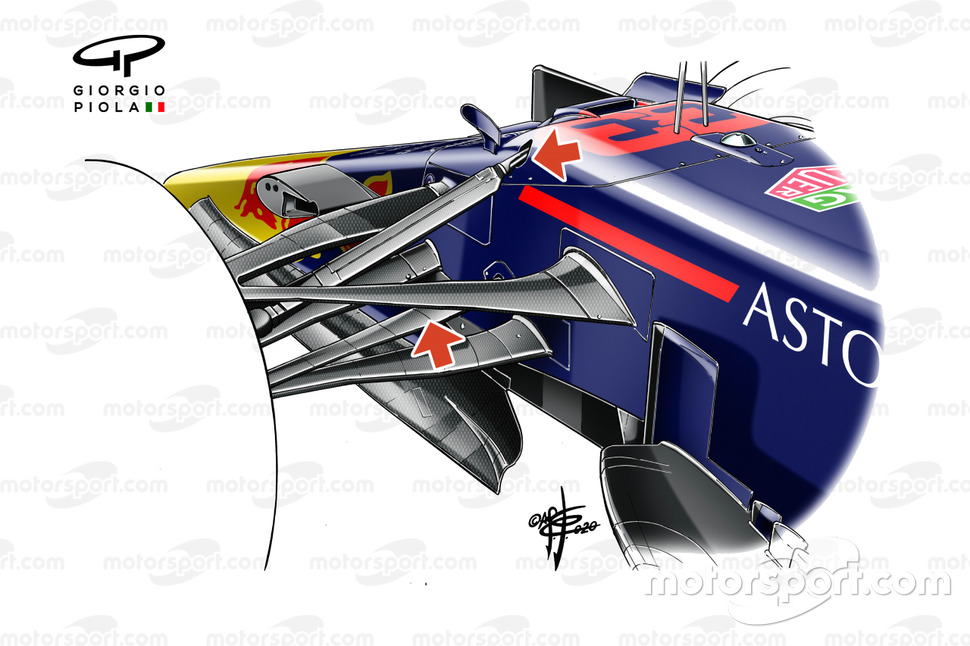 This was especially complex because the steering assembly on the RB16 has a novel location, buried further back inside the bulkhead, rather than on the front of it like everyone else (above image, lower arrows).

With fewer than 15 minutes to go, and the inboard end detached from the car, the mechanics started to disassemble the outboard end. This would once again prove to be tricky, as the whole brake duct fairing must be removed in order to gain access to the pushrod and steering linkages. 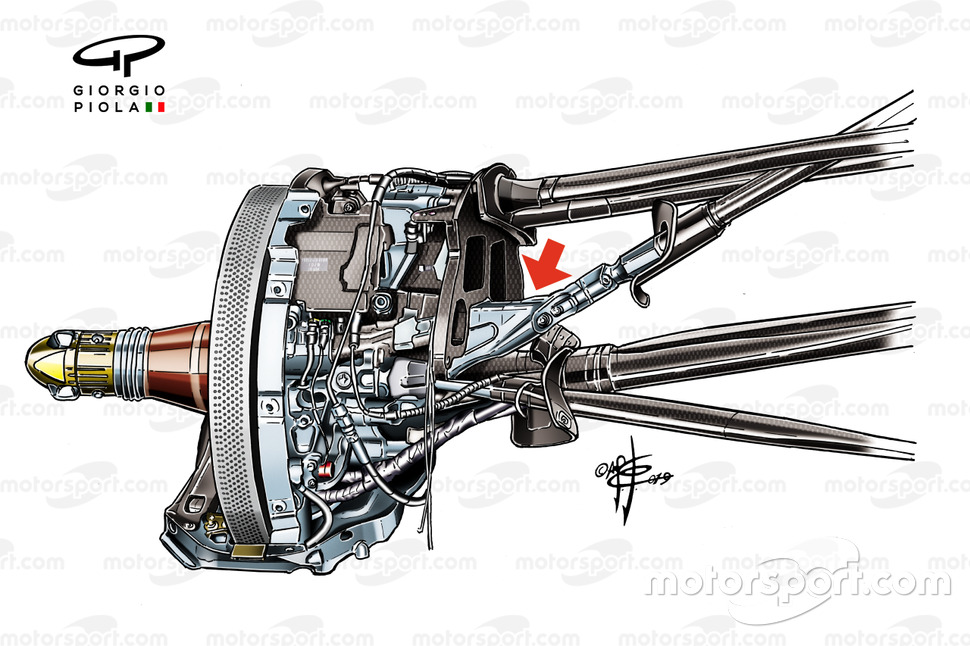 This challenge was made vastly more difficult by the team’s use of an aggressive pushrod-on-upright solution, that displaces the pushrod from the upright (above image, arrowed).

Now, with less than 12 minutes to go, chief engineer Paul Monaghan – who’d been overseeing this carefully orchestrated strip-down and rebuild process – visually checked over the parts that remained on the car. He then called for equipment that would further analyse those parts for stress caused by the impact with the barrier.

Verstappen returned from the ceremonies and climbed back aboard his RB16 and started to strap himself in with just 10 minutes to go before the formation lap, at which point there were still four or five mechanics working diligently on the front left suspension. With the deadline getting nearer, the pressure was increasing. 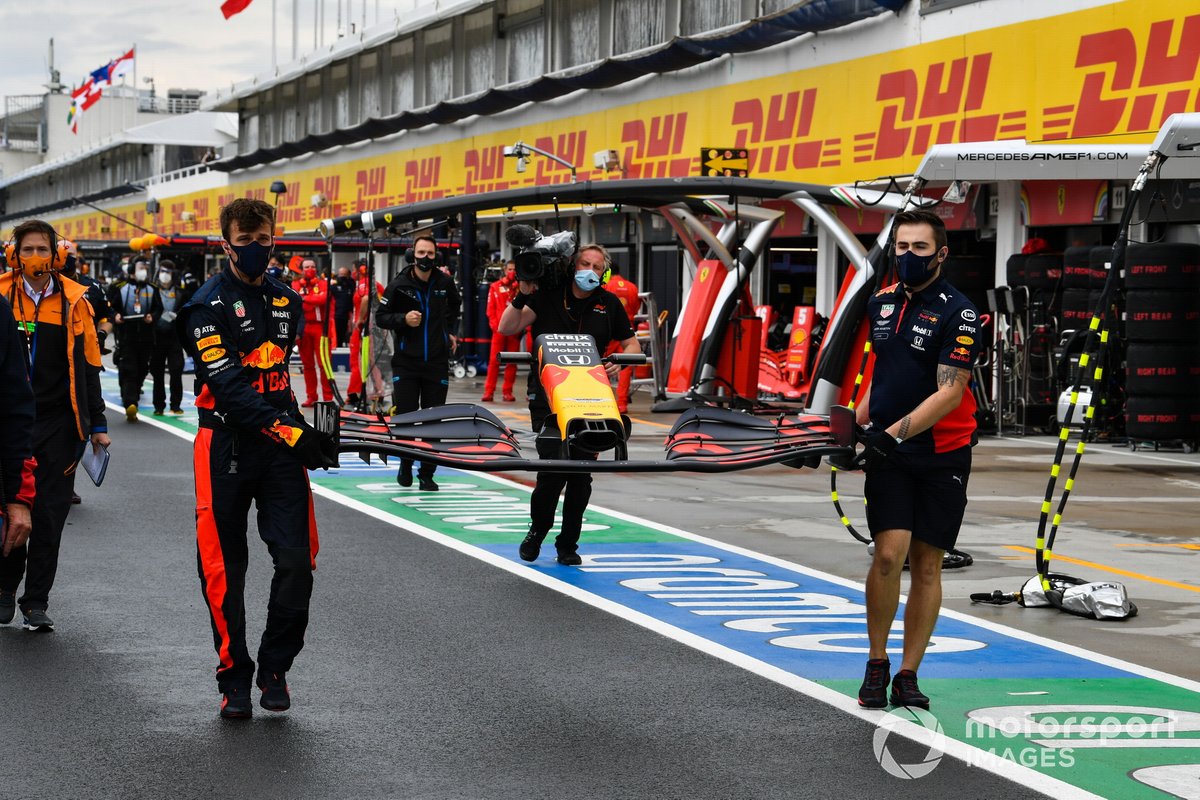 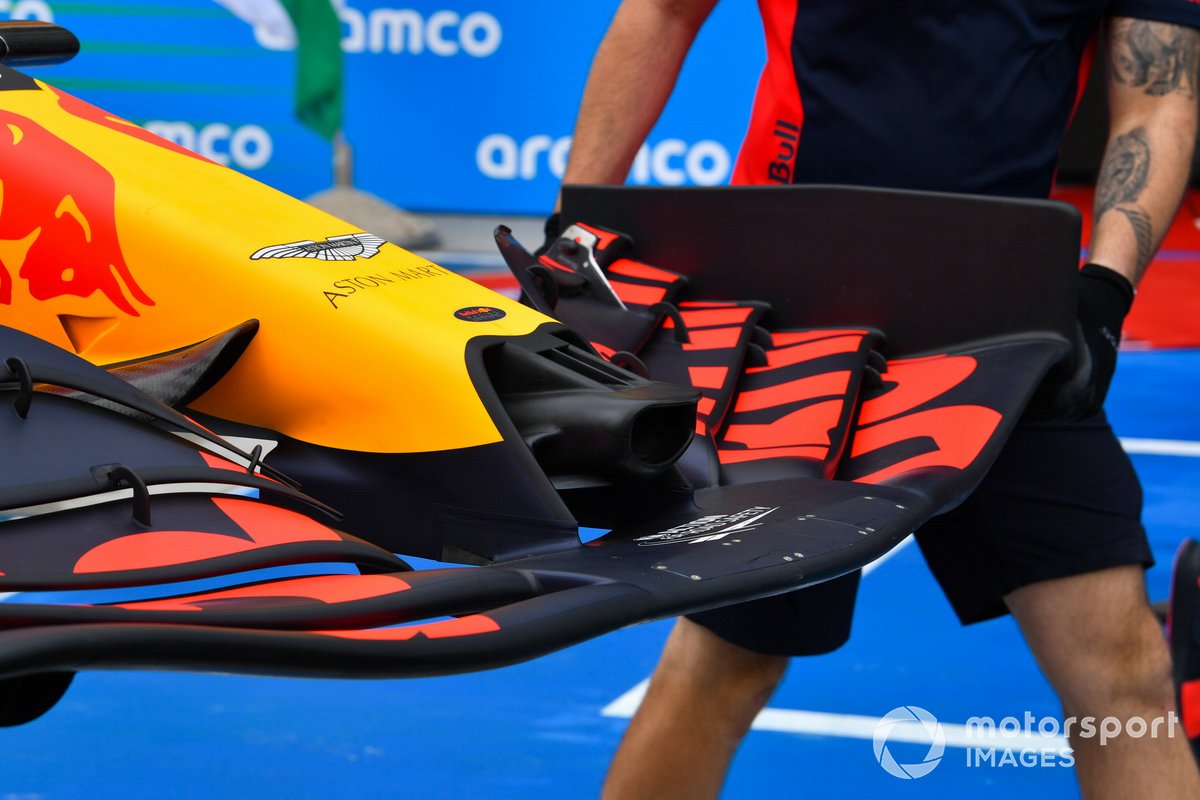 With eight minutes to go, and the last bolt being put in on the inboard end of the pushrod assembly, the car was now structurally complete once more and the race continued to reassemble the brake duct assembly, refit the vanity panel, install the nose and get the car down on all four wheels again.

As the clock counted down to five minutes to the formation lap, the point at which all work must be completed and equipment must start to leave the grid, the last few retention bolts were put into the vanity panel and brake duct.

With 26 seconds to go, the job was done. Verstappen, now fully strapped into the car and ready to go, praised his mechanics for the mind-blowing feat they’d just accomplished: “OK, I just wanted to say that’s incredible work guys, that’s unbelievable. Thank you very much,” he said.

Voyage into the unknown

As the tyre blankets were taken off and the car was lowered down onto the track, there was clearly an air of trepidation. Whilst the mechanics had made their best effort to repair the car, but they were against the clock and so mistakes could have happened in putting things back together again.

But everything seemed alright during the formation lap and Verstappen showed his faith in the job the team had done by leaving nothing on the table at the start. He was quickly up to third after the charge down to the first corner and would eventually end up finishing second. 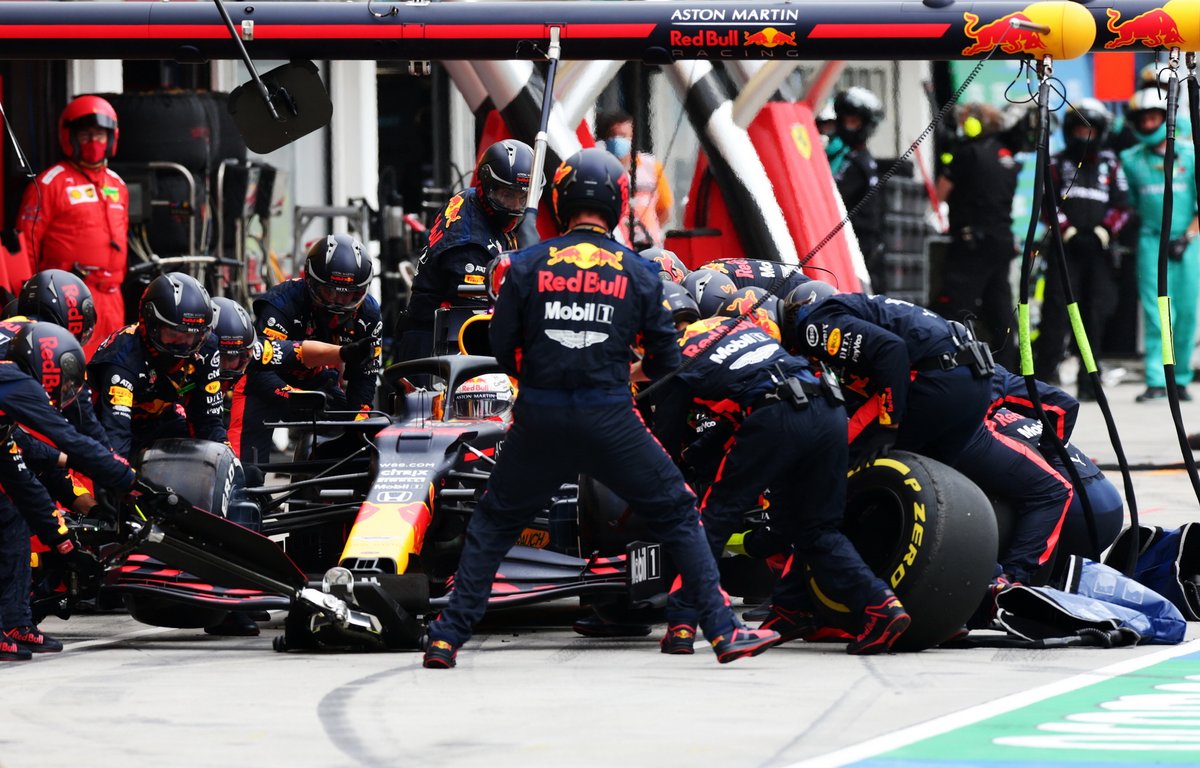 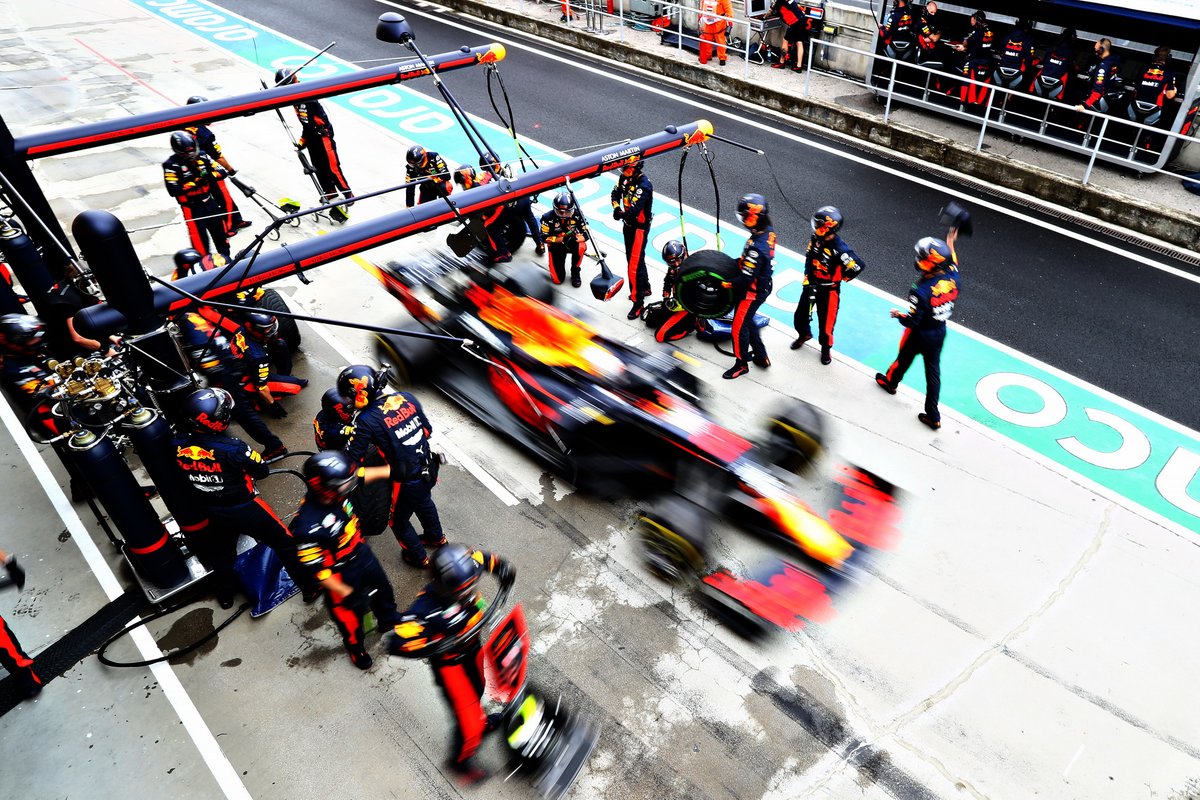 There was no rest for the mechanics who had already performed miracles before the start, as they had to deliver again soon after – the drying track meant Verstappen, who briefly led the race, needed to switch his intermediate tyres for slicks! For the third race in a row they delivered the quickest pitstop.

What Red Bull delivered before the start in Hungary helps remind us that F1 is a team sport, with every member of that team crucial in the operation of the car and success of the drivers. While Verstappen was elated to be on the podium you could see that he really wanted every one of those mechanics to be up there with him, celebrating what had seemed almost inconceivable before the race got underway... 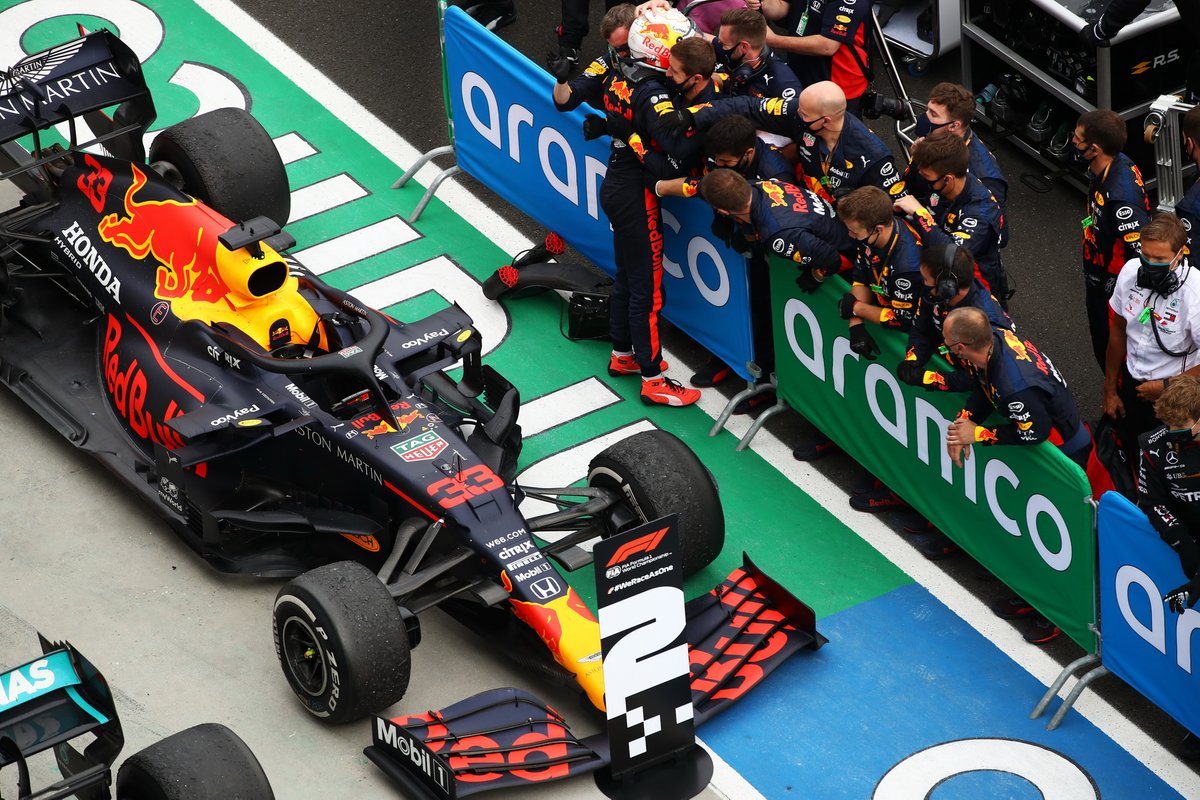 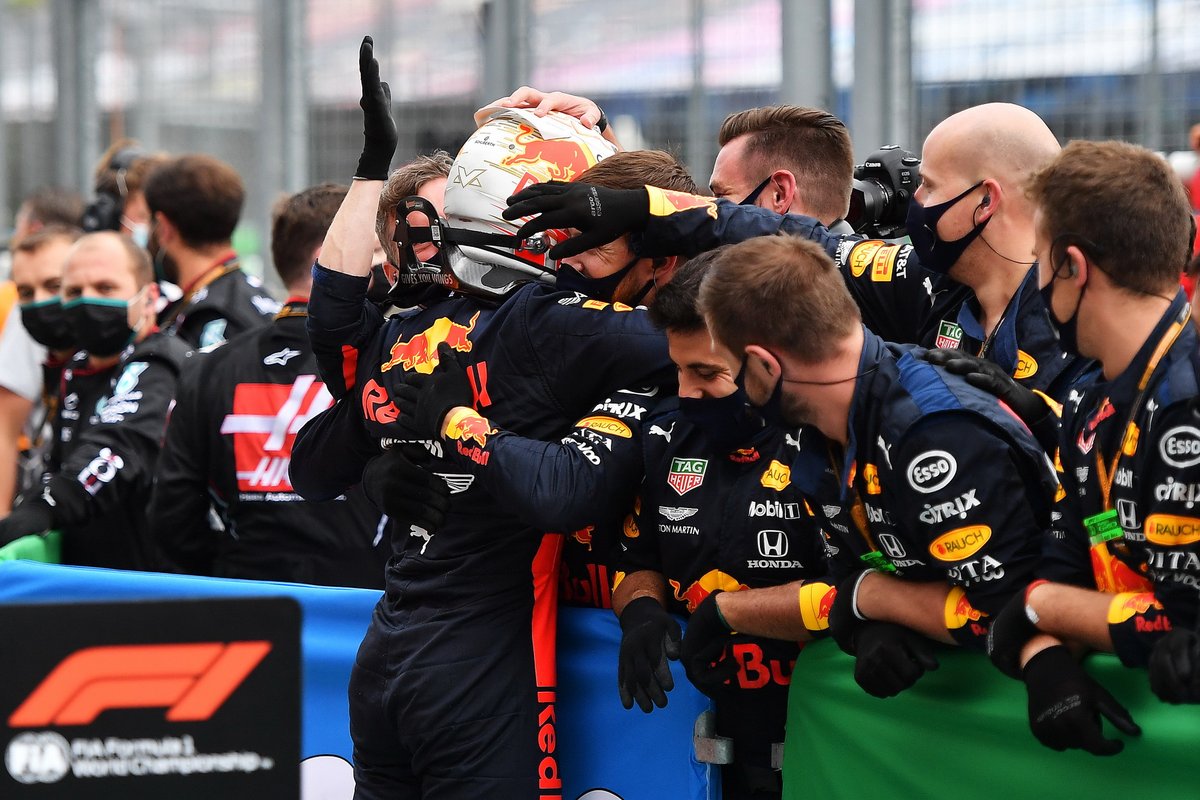 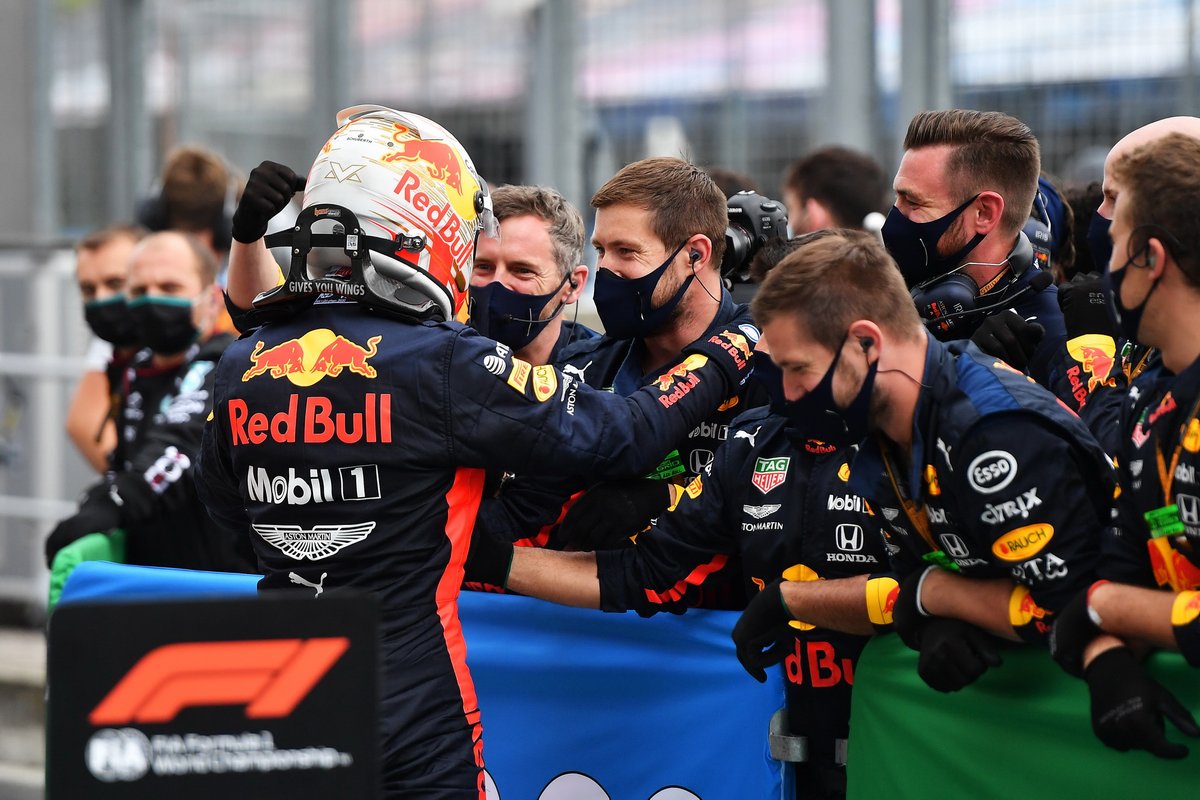 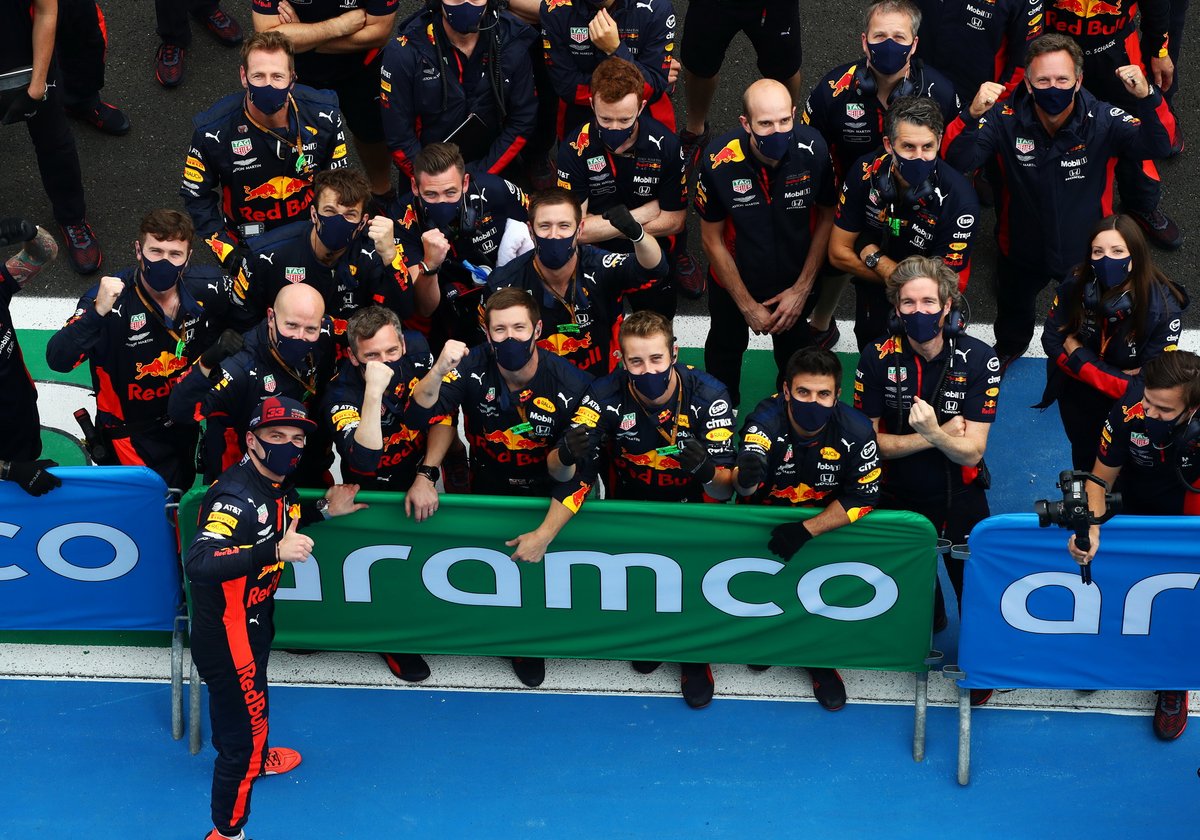 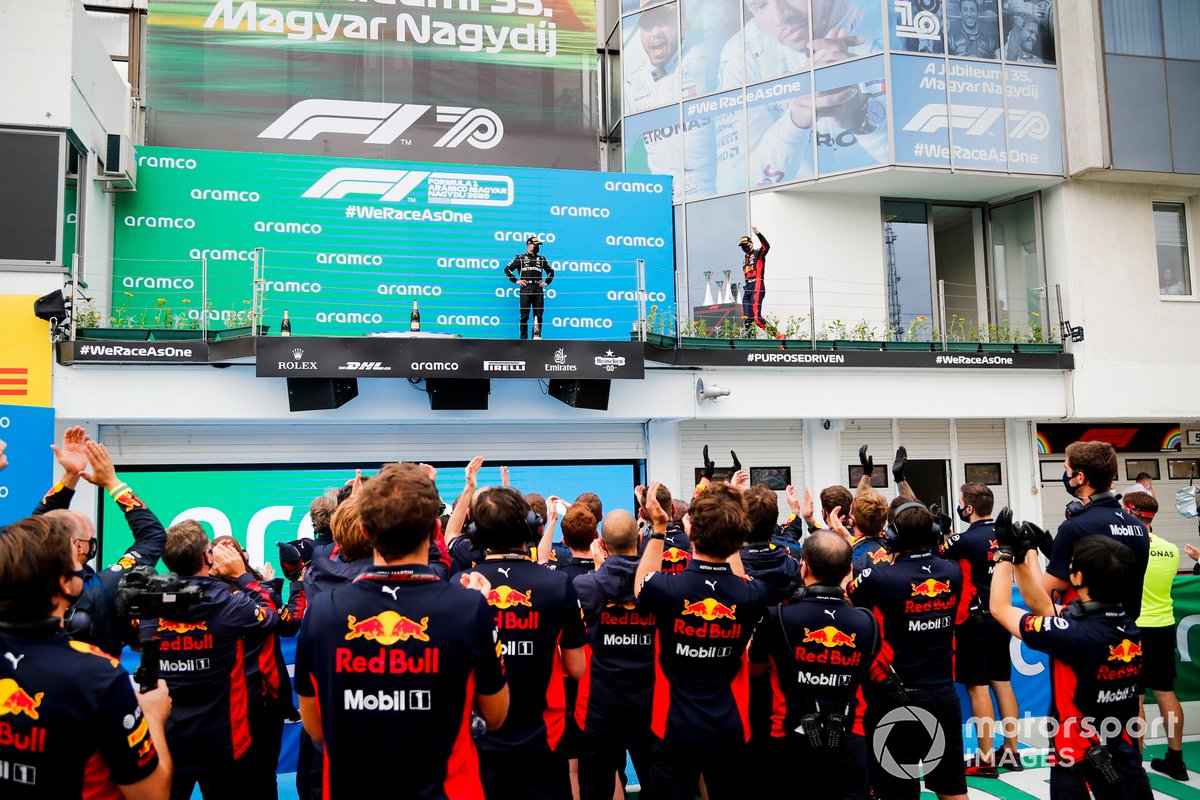