Carlos Sainz and Ferrari led the way in the only practice session that really matters for Formula 1’s returning Singapore Grand Prix, while Red Bull was off the pace and lacking laps.

But, as we’ll explain, the Marina Bay track’s nature negates these issues for Max Verstappen’s squad and the Dutchman himself is unconcerned.

The story of the day

In FP1, it was Mercedes’ Lewis Hamilton that topped the times – the Briton’s 1m43.033s the first-place benchmark in the dusk-to-night session that takes place in hotter conditions than FP2, qualifying and the race.

Verstappen produced his usual 2022 trick of delivering a fastest lap with his very first run of a weekend, but he was eventually shuffled back to second overall in the opening session.

This was thanks to Hamilton’s late effort on the softs just after the red-flag period caused by Lance Stroll tagging the Turn 5 wall that leads onto the first sector’s long straight and picking up a puncture aboard his Aston Martin. Charles Leclerc led Ferrari to third in the opening session but missed nearly half of it while his team fixed a brake problem.

In FP2, Leclerc’s lost track time continued to mount as he stayed in the pits until past the halfway mark of the second one-hour session as Ferrari worked on his floor, making a lengthy set-up change. But Verstappen and team-mate Sergio Perez were also non-runners during the early stages – the former having to wait for Red Bull to make major set-up adjustments, while the latter had an engine issue that had to be rectified.

Sainz therefore was the only frontrunner to have a ‘normal’ FP2 – leading the way on the mediums and then the softs before completing a long-run effort to close out the session. The Mercedes drivers did likewise, but lost time to the Ferrari at the big stops of Turns 13 and 14 at either end of the main back straight in the second sector.

Red Bull had Perez completed three qualifying simulation efforts, none of which got close to Sainz’s best time. Verstappen had one go right at the end, which put him third.

But the pair’s differing run plans, with Verstappen losing more time with a second big set-up adjustment through the middle part of FP2, meant Red Bull’s strongest driver over a race stint length did not complete a race-data-gathering exercise. 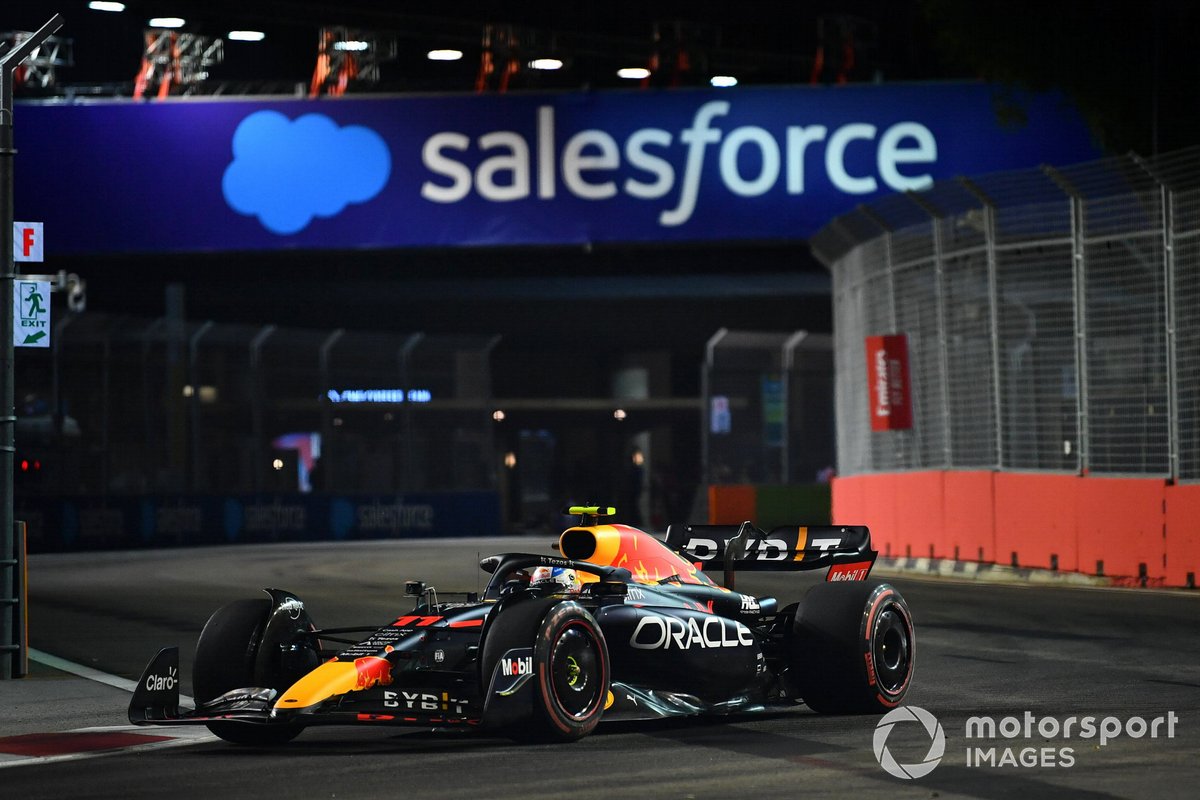 Perez suffered an engine issue that disrupted his running

How Sainz ended up quickest on day one

The main element of Sainz’s run to top the FP2 table is that he had a clean, ‘normal’ session and Leclerc did not. But a driver can only nail the circumstances set before them and Sainz did so impressively.

Having felt his car balance was off in FP1, where he trailed Leclerc by 0.703s, Sainz and Ferrari made critical changes that left him much happier. Indeed, compared to his rivals in silver, blue and across the red garage, Sainz was the only driver to complete a strong third sector on his best qualifying simulation lap.

There is further encouragement for Ferrari fans heading into the teams’ overnight number-crunching, with one Motorsport.com source suspecting Ferrari’s F1-75s may have been running in a lower engine mode compared to the rest – that’s if  its drag level is not what made a difference in FP2. 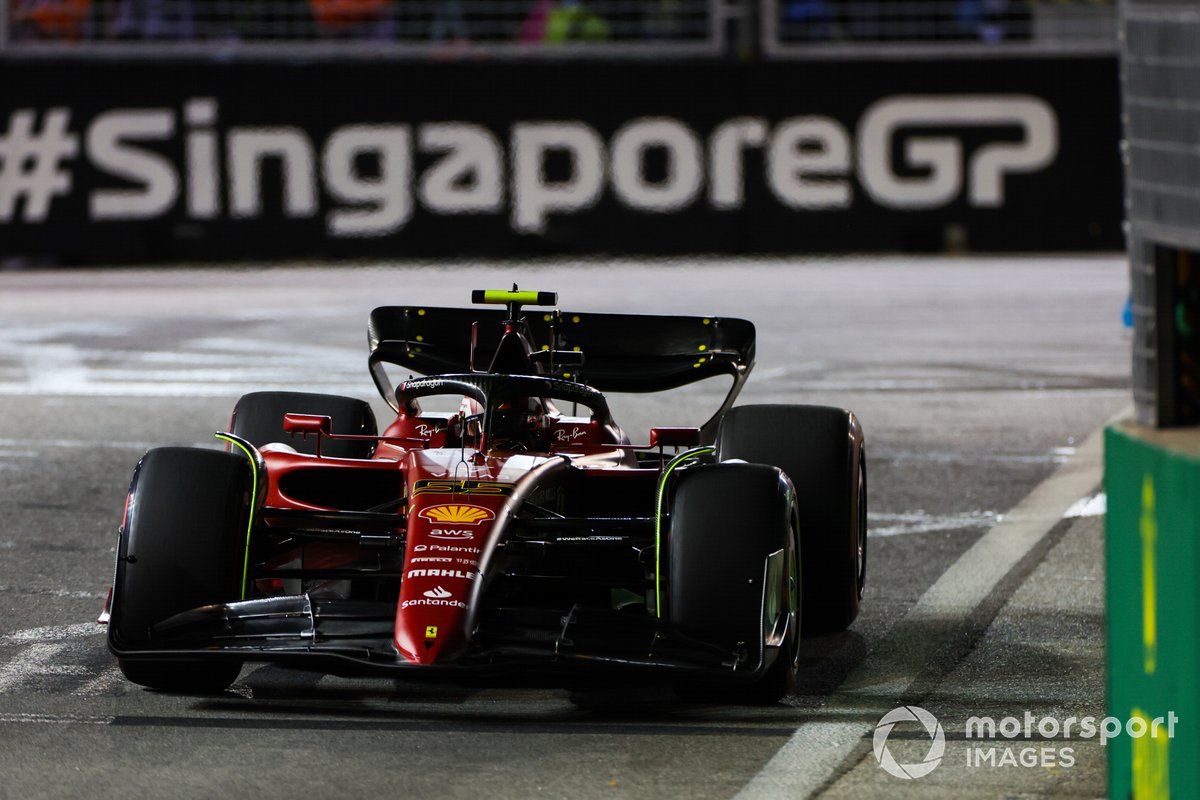 Despite it being an unusual session for many of the frontrunners, the times from the FP2 long runs above contain all the usual caveats regarding fuel loads and engine modes. Plus, it has been suggested that Hamilton’s leading time on the softs was quicker than it actually was in reality thanks to the combined impact of traffic, track evolution and tyre degradation, in terms of the way the teams calculate long-run pace.

But Mercedes is nevertheless confident it is in the ballpark with Red Bull and Ferrari on race pace – it simply isn’t able to be so on one-lap efforts due to the W13’s bumpy ride robbing its drivers of confidence. Data Motorsport.com has seen suggests the Mercedes drivers could lap quicker than Sainz after four laps of their respective stints logged above.

Ferrari and Red Bull are close on these times, but they are separated on compounds due to the latter squad’s unusual FP2 run plan with both its cars and Leclerc not doing a long run at all aboard his F1-75 due to the time he lost early in FP2. 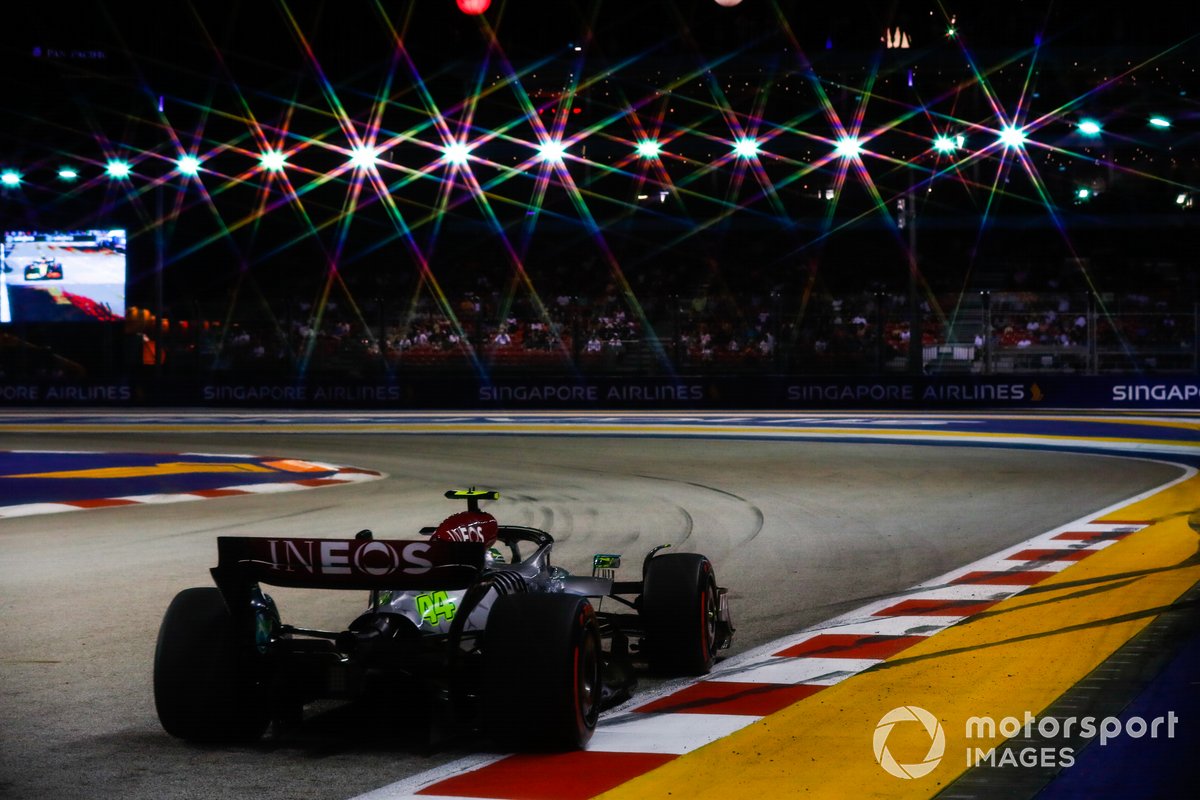 But, as Verstappen will explain below, this event may well not end up being decided by the usual form over in-race stint lengths and tyre management. This is because both Red Bull and Ferrari are expecting overtaking to be a considerable challenge around Singapore’s streets, which means the pole position premium may return to levels not witnessed since the end of 2021 and the last races of the ultra-high-downforce design era.

Then, overtaking was harder with the bigger dirty air effect - forcing drivers to lap to prescribed pace early in stints and then unleash speed if they could in undercut and overcut attempts, if difficult passes couldn’t be made. The better raceability of the new ground-effect machines mean F1 has featured less of this so far in 2022, but such circumstances could well return this Sunday.

If it does - and if the threatening rain doesn’t cause chaos - then a cagey, marathon-like race is in store. If that bears out, it harms Mercedes' chances of scoring a brilliant result on ground that suits the W13 better, while boosting Ferrari’s hopes of its typically excellent 2022 qualifying results turning into a race victory. That, it seems, is what Red Bull is working to avoid right now.

Carlos Sainz: “It's been a busy first day. We managed to complete the full run plan, but we also faced some challenges, particularly with the set-up and car balance. We didn’t find the right window for FP1, but we managed to improve the feeling with the car for FP2.

“We still need to do some work and find some lap time, especially for the long runs. It seems we are up for a tight battle at the top, so we need to try to maximise every aspect of the weekend.”

Max Verstappen: “I think we started quite well. In FP1, the car was working well. And then in FP2 we wanted to try a few things but they just took a bit longer to change it first of all and then when we tried something else - again it took quite a while to change. So, we couldn't really run a lot. But I think it's not really representative of what we showed in FP2 by far. There's still a lot of room for improvement.

“It doesn't matter [that Red Bull did not complete a race pace long-run in FP2]. The most important is that you're quick over one lap. We'll analyse a lot of things. And we did a little bit of a long run in FP1, so I don't think it will really be the end of the world.” 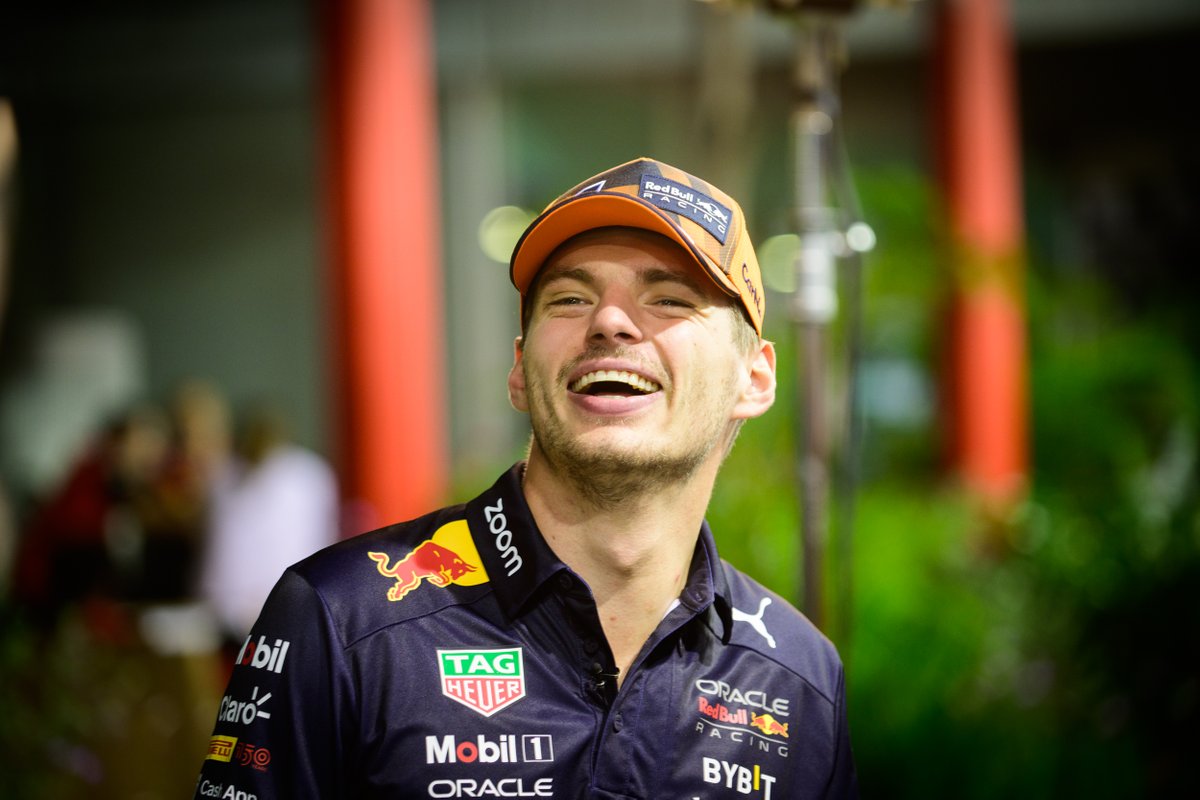 Verstappen remains optimistic ahead of the Singapore race