Red Bull boss Dietrich Mateschitz says that another Adrian Newey "masterpiece" may not be enough to keep his team in Formula 1 over the longer term. 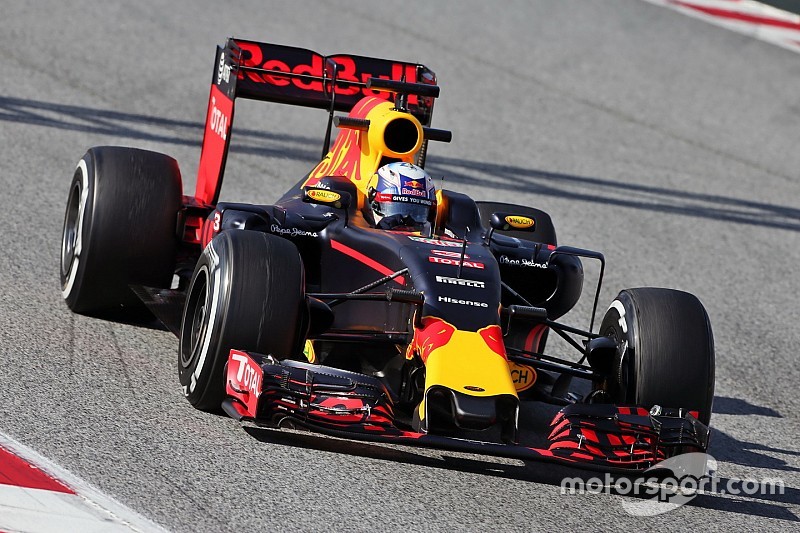 After the political dramas surrounding his F1 outfits last year, an extension of its partnership with Renault – albeit run as rebranded TAG Heuer power units – has kept his team in grand prix racing.

But in an interview with the Red Bull-owned Speedweek website, Mateschitz has said that longer term, his outfit must ensure it gets a more competitive engine.

“We are too good to be domestiques,” he said, referring to bike riders who support their team-mates. “Formula 1 is not the Tour de France.

“If we are not competitive from an engine point of view, we will leave. For sure we don’t want to spend the next five years fighting for P5.”

While questioning his team's chances, Mateschitz thinks that Red Bull can emerge as the leading challenger behind Mercedes and Ferrari in 2016.

“[We want to be] P3 behind the manufacturers' teams,” he said. “We should win the fight against the customer teams of Mercedes and Ferrari.”

He added: “The new staff from Renault Sport are professional, passionate and determined. Our new car is one of the best we’ve ever made.

“Its performance is great. In short: It’s another masterpiece of Adrian and his team.”

Mateschitz is also expecting good things from Toro Rosso: “The car is great. I wouldn’t be surprised if Toro Rosso were on the same level or even faster than Red Bull in the first races.

“Toro Rosso is supposed to achieve something between fourth and sixth in the constructors’ championship. But this is what we have hoped for every year so far.”

Mateschitz also hit out at the political stranglehold that manufacturers currently have over F1 – having been refused power units last year.

And on the back of criticism from Ecclestone that F1 is in the worst state it has ever been, Mateschitz was clear about who was to blame.

“The tail is wagging the dog and Bernie is right,” he said. “It wasn’t him who put F1 into the gravel trap: it was the manufacturers which dictate what’s going on.”