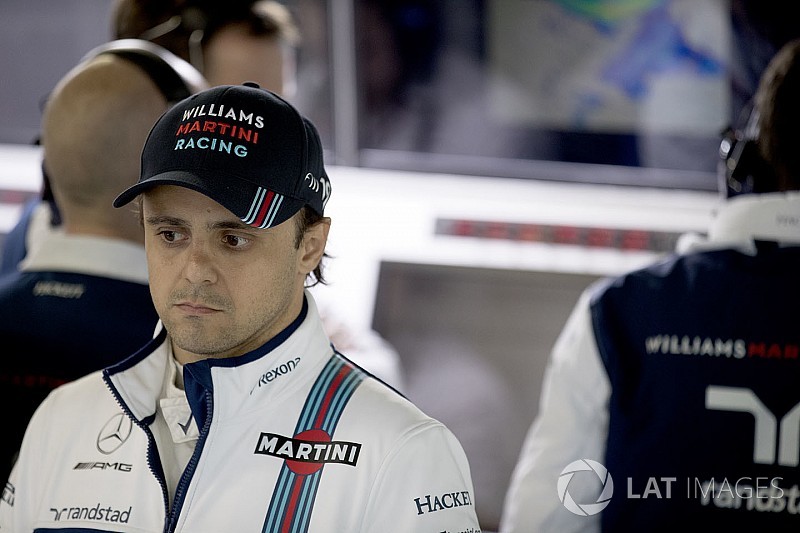 Felipe Massa believes that Williams would find itself heading in a “much worse” direction if it doesn’t retain him alongside Lance Stroll next season.

The Grove team is giving tests to both Robert Kubica and Paul di Resta in its 2014 car later this month as it weighs up its options for its vacant 2018 seat alongside Stroll.

Technical chief Paddy Lowe has insisted that Massa – and other drivers – are still under consideration for the seat, but the Brazilian says making a change to its line-up would be a mistake for Williams.

“I think it’s frustrating that the team is trying to go for a direction that can really be much worse for the team than keeping the same [drivers],” said Massa.

“Lance is growing a lot, and to be honest I’m really doing a great job with my driving, so I think the team has a direction that it can just be positive to keep it the way it is. If the team changes something, they can pay more than it costs to keep me!

“I think the team knows 100 percent what I am able to do. Where I am in the classification in the championship now I am not because of my mistakes, I am because of things that happened in three races, that I lost maybe 30 points.

"If I had the points that I’m supposed to have, not from my mistakes during the season, I would have been maybe fighting very close to the Force India guys.”

Massa believes that Lowe wants him to stay, but that financial considerations may prove decisive.

“I really like Paddy, and Paddy knows what is better for the team, for sure," said the Brazilian. "Maybe it’s not 100 percent his decision, and they have to make a decision related to some other stuff.

“That’s why I think if Williams keep the direction they have now, they are behaving like a professional and top team - if not, they’re thinking about different things.”

Massa added he would prefer to find out what’s happening before the Brazilian Grand Prix – so he will know if this time it really is his last home race.

"I’m totally motivated to carry on, I feel like I’m taking the best out of the car, working really well with the team, and that’s what I believe."

Asked if he would consider stepping out of the car for Abu Dhabi if the team wanted him to make way for a new driver, making Interlagos his last F1 race, he said: “I don’t know. I think we need to wait and decide at the time.

"For sure if I don’t know in Brazil I will try to enjoy my last race at home. It doesn’t mean I have to say 'bye bye everybody'. If I need to wait one or two weeks, it won’t change my life completely.

"Maybe inside my heart I will [treat them] like my last races. I don’t need to prove anything to anybody anymore, I know what I can give, and the people know.

"It’s not that now every point and every qualifying will change my future or the way that the people know about me.”