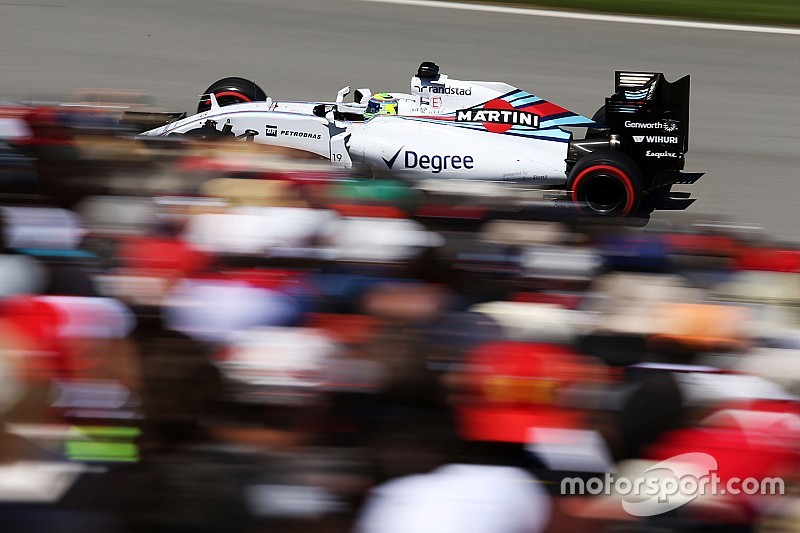 Williams must prepare itself for an 'important' moment in its Formula 1 season if it wants to really pile the pressure on rivals Ferrari, reckons Felipe Massa.

Valtteri Bottas delivered Williams its first podium finish of the season in the Canadian Grand Prix, as Ferrari failed to make the most of a new engine upgrade.

Ahead of a major revamp of its car for the Austrian GP, Massa thinks that it is vital Williams seizes the opportunity it has.

“Looking as they [Ferrari] had these upgrades on the engine and the difference [between us] is still similar, it shows that we can still fight,” said the Brazilian.

“We should have an upgrade on the car in the next race and I hope we can catch them even more.

"I don't know when Mercedes will put some upgrades on our engines, when they give some upgrades, because then we can even get more stronger on that area.

Williams elected not to bring its aerodynamic upgrade for the start of the European season, as it instead preferred to wait for Austria.

Massa has suggested that the revamp of its car could be pretty extensive, as it bids for a repeat of the front-row lock out it achieved last year.

“I think maybe it can be the biggest upgrade we have during the season,” he said.