Felipe Massa would have won Formula 1's Azerbaijan Grand Prix if a failure on the damper system had not locked the rear suspension solid, according to Paddy Lowe. 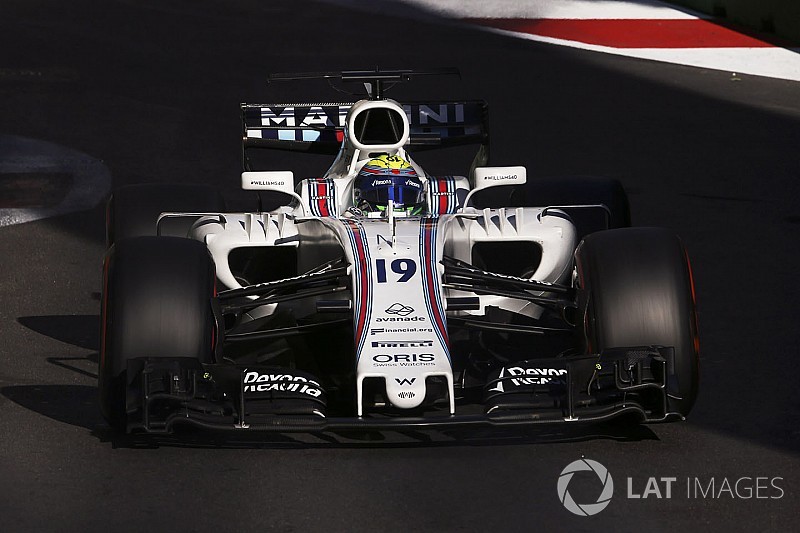 Massa was running third, having started ninth, when the race was red-flagged.

When it resumed, Massa suffered the issue and was passed by eventual race winner Daniel Ricciardo before rapidly falling down the order and retiring.

Several drivers claimed they could have won the race without issues but, following analysis, Williams chief technical officer Lowe believes Massa would have done it.

It would have been his 12th victory and first since the 2008 Brazilian Grand Prix, where he lost the championship to Lewis Hamilton.

"After Baku, which was a pretty eventful race, there were a lot of people that came up to me afterwards and said we could've won that race if only," Lowe told Motorsport.com.

"I analysed it and I don't actually agree with most, but I definitely agreed with the Felipe scenario. If only we hadn't let him down with a car failure, he absolutely would've won that race.

"It's such a shame that in his final year, we denied him that victory. Everybody's gutted about that, but that's the story of motorsport sometimes."

Lowe said Massa was a "fantastic" driver to work and has been a "tremendous support" to Stroll.

"I've obviously seen him from a distance for many many years and admired his driving, particularly in 2008 when he was a great competitor to Lewis [Hamilton].

"I was with McLaren at that time, and as we know he was briefly world champion, so he is a world champion class driver and it's been great to work with him for this year, and get to know him as a person as well.

"He's a fantastic guy. There's nobody in the paddock that isn't a friend of Felipe and he's great fun to work with because he's always happy and that's not actually the case with all drivers.

"He's a really solid driver and dependable - that's absolutely what we needed in particular with a rookie in the other side of the garage.

"He's been a tremendous support to Lance, and giving him a lot of guidance along the way, which is to really be admired and respected. That's the kind of driver he is."

Ricciardo: Qualifying was my weak point in 2017

Tech gallery: How the Sauber C36 evolved throughout 2017