Massa predicts a lot of "fake" overtaking in the race 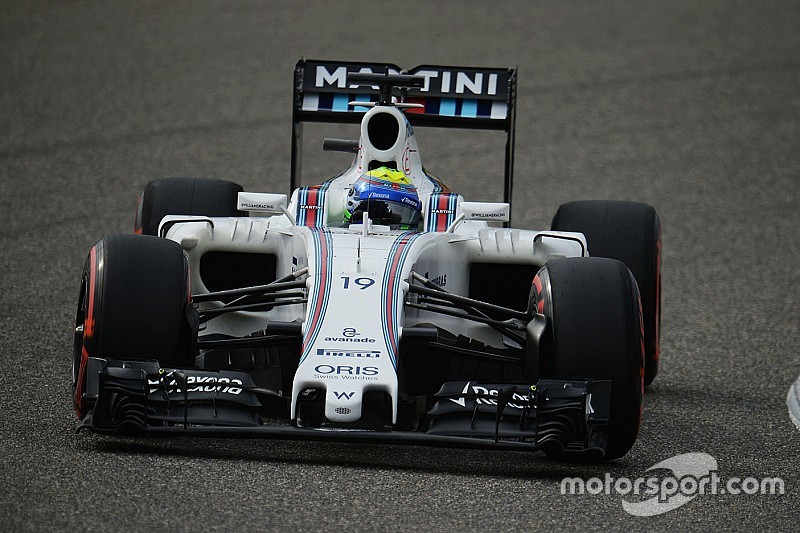 The high limits on tyre pressure imposed by Pirelli for the weekend have been criticised by drivers, with Romain Grosjean labelling them "ridiculous" after Friday practice.

While Massa reckons it will generate a lot of overtakes, he believes it is completely unnecessary.

"I think for the teams and the drivers for sure is not [good]. But maybe for the people to see a lot of overtaking, to see a lot of people struggling on tyres – yes," said Massa of the tyre pressures.

"But it is fake. It is not really how it needs to be.

"For sure, you will see a lot of overtaking in the race because of that. But not really a proper overtake: easy overtakes."

The Williams driver, who qualified in 11th but will start 10th thanks to Nico Hulkenberg's penalty, said his team had not decided yet which strategy to use in the race, especially as he has two fresh sets of supersofts.

"We need to understand the difference between the soft and the supersoft, on the first stint," he said. "I think we need to be clever to find out which are the best tyres for the race.

"We need to understand that it will be many pitstops as well, so it is true that I have a brand new supersoft – two actually – as one I did the outlap for the red flag so didn't do a timed lap, and then the other one is brand new.

"Plus I have two new sets of option, and one new set of medium. For sure, we are in good shape in terms of tyres, but we need to do the right strategy."

Nasr "100 percent convinced" his chassis is worse than Ericsson's