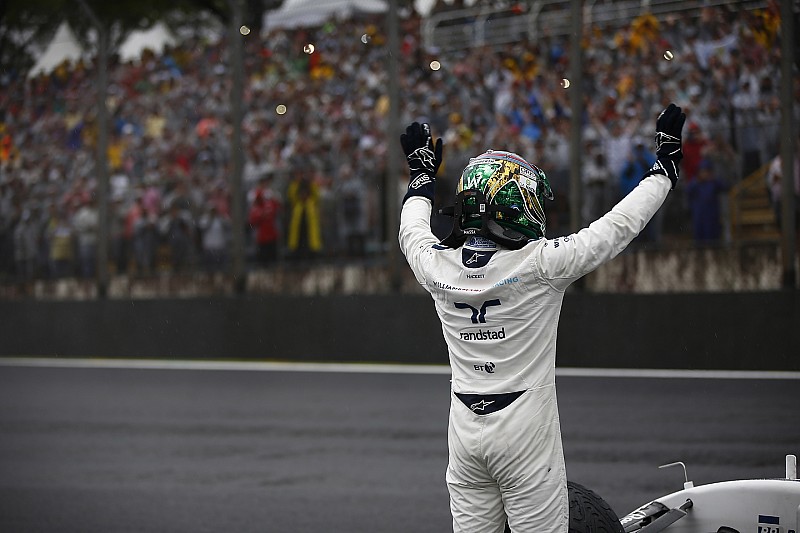 Felipe Massa says he hopes that Brazilian Grand Prix organisers can sort out their problems with Bernie Ecclestone and keep the event on the calendar next year.

The future of the event at Interlagos has been in doubt for several months, with Ecclestone claiming that Brazil’s financial difficulties mean its place on the 2017 schedule is far from certain.

Speaking to Motorsport.com in Brazil last weekend, Ecclestone said: “They spent a lot of money to have the Olympics and the World Cup, and here [Sao Paulo] hurts a little bit, the promoter trying to run this race, and make a profit, or not make a profit, but not lose.

"So in the end the people who lose are us, because they can’t pay us.”

Massa accepts that the situation is quite tricky for the race organisers, but is keeping his fingers crossed that the real "risk" of the event being dropped does not materialise.

“I am sure Bernie is putting on some pressure like he does, with so many tracks that have some risks of money, or a contract, whatever,” said Massa. “So we know how Bernie is.

“But at the moment in Brazil, we have some crisis. I really hope that F1 stays in Sao Paulo but for sure we have some risk to lose [it].

“For me, it is very difficult to answer. I can answer just what I hope. I hope Brazil stays but you have some risks that things can change for the crisis we have in the country.

"I hope they sort it out and things carry on in normal way and we have this nice race.”

Massa admitted that F1’s popularity in Brazil would take a massive dive if the grand prix was dropped and Felipe Nasr, potentially the only Brazilian on the grid, were to lose his drive at the end of the year.

"I am sure if we have no Brazilians next year, it will not be good for F1 here in Brazil. I hope Felipe [Nasr] stays and I hope we have a Brazilian GP.”

Mercedes: Team spirit "best we've ever had" despite title rivalry