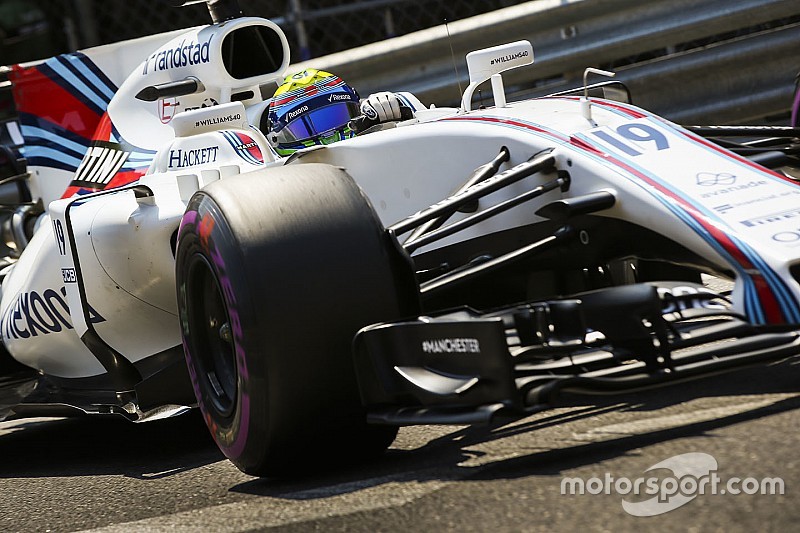 Felipe Massa says his Williams Formula 1 team has yet to identify why its Monaco pace has been so poor again, after he qualified a frustrating 15th fastest.

In recent years, Williams has struggled on Monte Carlo's tight and twisty street circuit but been strong on tracks with long straights and high-speed corners.

And despite the regulations overhaul of 2017, Williams again finds itself lacking pace at the street circuit this year, failing to match the speed it has shown in earlier rounds.

"It was quite a tricky day," said Massa, who will start 14th after Jenson Button's penalty is applied, of qualifying.

"It was bad. I would say unfortunately it's another year you arrive here with expectations and the weekend is just difficult, to get the car working.

"It's working, but to make it quick is quite difficult. We're struggling again, one more year."

When asked if the team has identified why it struggles in Monaco, Massa said: "No. How many years are we trying to do better and we cannot?

"The way we build the car, the characteristic of the car is not perfect for this track.

"I know so many things, and here is not the right place to stay, but we couldn't make it work yet. For sure, this year is a bit better than last year, the car, but we're still starting towards the back."

Though Massa feels Williams will be stronger at the next sequence of tracks, he said "but that doesn't mean you can't fix [the problem]".

He added: "We have some ideas, but not ready for this year. It's not just the philosophy, it's some different working that it will improve.

"It will not be quick to get here and get the top five but it will improve where we should be and where we are at these other tracks."

Massa's teammate Lance Stroll will start 17th, having been forced to stop in Q1 with a hydraulic leak.

Button to start from pitlane after set-up change