Masi: No reason not to restart Azerbaijan GP after red flag

Formula 1 race director Michael Masi felt there was no reason not to restart Sunday's Azerbaijan Grand Prix despite a red flag with three laps to go.

A tyre failure for Max Verstappen in the closing stages of the race in Baku initially prompted a safety car period before Masi threw a red flag, suspending the race.

After the debris had been cleared on the main straight, the drivers completed a formation lap before taking a standing start, setting up a brief two-lap sprint to the chequered flag.

Such a late red flag has previously resulted in the race not being restarted, but Masi said the way in which the rules were written meant there was no reason not to go ahead with the two-lap sprint finish.

"Thankfully for a number of years now, we've had the race suspension regulations," Masi explained.

"Going back many, many years ago, was when a race was red-flagged after a certain distance, it would go back two laps and so forth.

"Obviously with the race suspension element, yes there is an option to not restart. But within the timeframe and within the format of the regulations, we can restart. There was no reason not to."

Verstappen's tyre failed one lap before the race was red-flagged, with Red Bull sporting director Jonathan Wheatley later heard talking to Masi over the radio to suggesting suspending the race so that teams could change their tyres.

Masi said he had already been considering stopping the race prior to Wheatley's message, waiting to assess how much debris needed clearing on the main straight.

"It was actually already on my mind," Masi said. "From the perspective of what we communicate, we communicate to everyone equally.

"Looking with the number of laps that we had to go, the recovery that was being undertaken, and the fact that there was so much debris on the pit straight, at that point, it was in my opinion the best option to suspend the race, clean everything up, and then have a race finish." 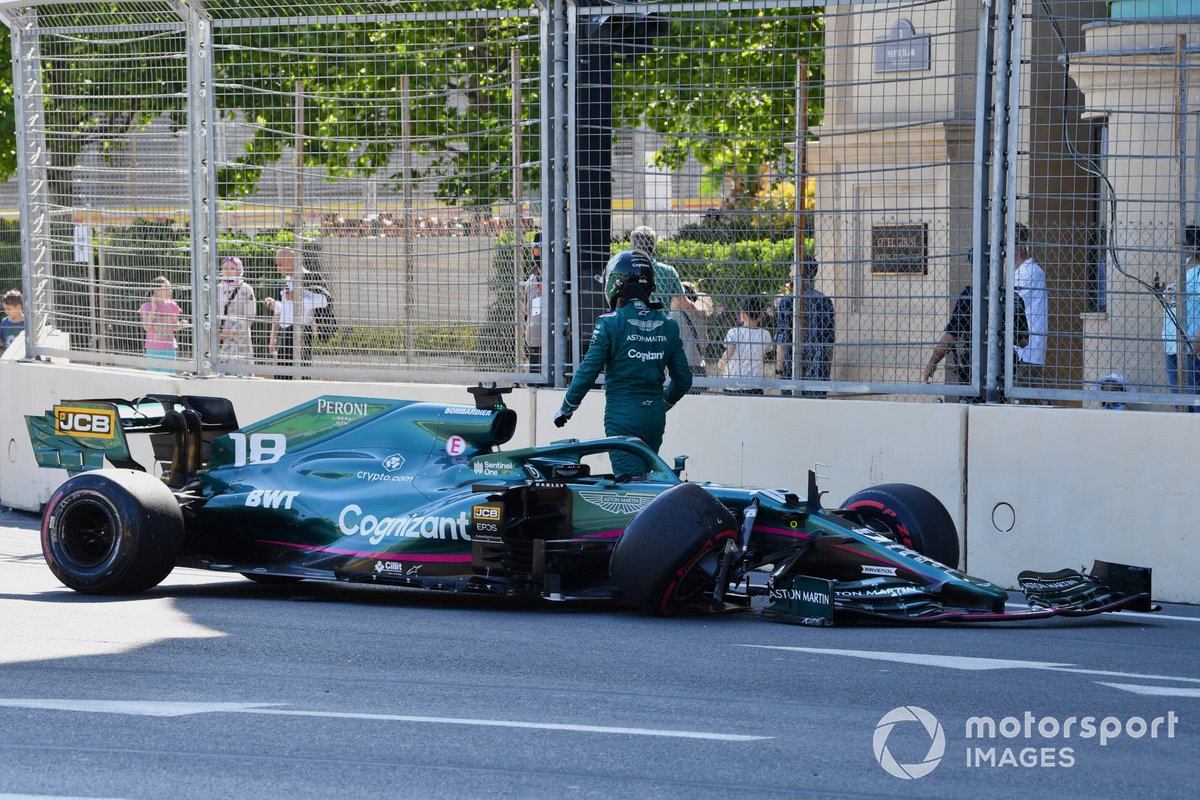 Lance Stroll, Aston Martin AMR21, walks away from his car after hitting the wall

The incident with Verstappen was similar to an earlier tyre failure for Aston Martin driver Lance Stroll, whose crash into the barrier at Turn 20 resulted in a safety car but no red flag.

Masi explained that he thought it was possible to clear the debris from Stroll's crash under a safety car, thus not requiring a red flag.

"Lance's incident, obviously in the middle of the race, there was more than enough time and space on the right-hand side of the track when we were recovering it, and we were confident with the way that that could be cleared up in that fashion," Masi said.

"As I said, when looking at everything, we weren't confident that the recovery on the pit straight [from Verstappen's crash] and the amount of debris that was everywhere could be cleared up in the appropriate time.

"So we thought it was in the best interests of the sport to suspend and then restart in that circumstance."