F1 still has no better solution for oil spills - Masi 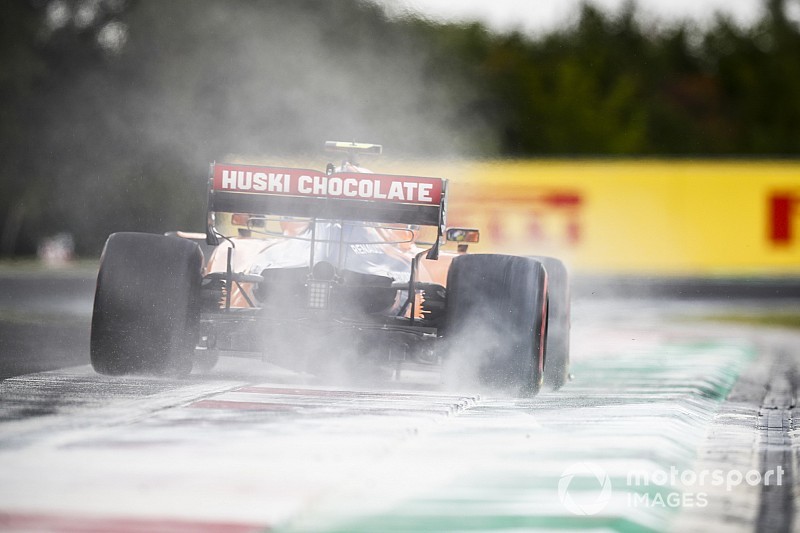 Formula 1 race director Michael Masi says there is still no better way of soaking up oil on a race track than the cement dust solutions used today.

Masi faced some frantic moments before Saturday morning's final free practice session at the Hungarian Grand Prix when he had to get track workers to sort out a car-wide oil slick that had been left from the Formula 2 race.

And although the amount of dust put down appeared excessive, Masi is clear that it remains the quickest and best way to ensure cars can run again.

Asked by Motorsport.com about if there were alternatives out there, Masi said: "At the current point it is a fantastic solution and works really well, particularly when you have got the big brushes pounding in the bitumen, it just works.

"It is something that is used the world over and has been done for a very long time. At this point I haven't seen another solution that works.

"We knew the first couple of laps were going to be a bit dusty, as we saw on TV, but after that, the other way that I learned many years ago is that as soon as you get cars running over the top of it, it is the best solution and we saw that quite clearly.

"Lewis Hamilton's lap was two seconds or so faster than the day before."

While television pictures of the clean-up operation showed Masi looking a bit agitated at what was happening, he insists that was because he was eager to get the matter sorted as quick as possible so practice could start.

"There was probably a car's width of an oil slick from the entry, all the way through and then on the kerb and everything else. It was not a small one to clean and that is why I was more animated in terms of getting as many resources there as possible to deal with it.

"I wanted to ensure with the circuit there was a sufficient amount of kitty litter and oil soak there, and getting effectively extra in until we were happy that the surface was as good as it was going to be.

"In the end the clean up was well done, but there was a significant amount of oil between the track and then the kerb. It was animated more to get everything running knowing how the clock was winding down."

McLaren: Hungary result a "big boost" for remainder of 2019