Marko: Sainz shouldn't "bite the hand which feeds" him 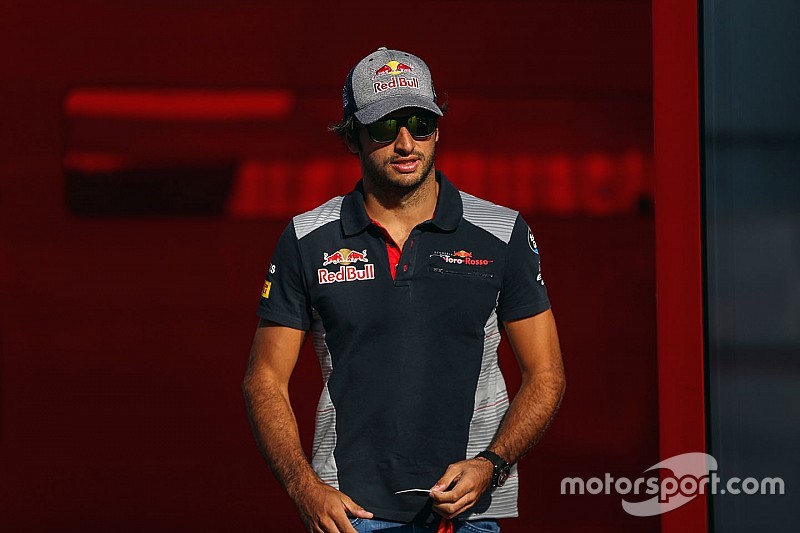 Sainz said on Thursday in Austria that his main priority was to secure a seat with Red Bull Racing, but that he was ready to look elsewhere if the opportunity did not arise.

The Spaniard is in his third year with Toro Rosso, and Red Bull boss Christian Horner said on Friday there was no doubt he would be staying at the Faenza squad next year.

"We've exercised his option as well, so he's under contract," Horner told Sky F1. "We have an option on him for next year and the year after, so he'll be in a Toro Rosso again next year."

No driver has stayed at Toro Rosso for four years in a row, but both Max Verstappen and Daniel Ricciardo have deals with Red Bull Racing for next year.

Marko said a "confused" Sainz should focus on his driving, claiming the Spaniard had made "some silly mistakes" this year.

"I think he's a bit confused," he told Sky Sports News. "I can see it in his driving. He's made some silly mistakes this season already.

"The contract is crystal clear. You know in Austria we say 'You don't bite the hands which feeds you.'

"And it was Mr Mateschitz and me who pushed Sainz into Toro Rosso. Nobody else would give him a chance.

"We sent him a letter saying that we take the option, and as far as I know, and as long as I've been in Red Bull, the driver doesn't decide what they're doing with the contract. It's up to the boss, and he makes the decisions.

"I think he should focus on driving. The last couple of races, Kvyat always outqualified him. I didn't speak with him yet, so maybe it's a big misunderstanding between Spanish, English and German, or so!"

Marko suggested Red Bull would be ready to let Sainz go once a team like Ferrari is interested in having him.

"I told him last year, when Ferrari is coming, we can talk. But I met Gino [Rosato] last Saturday, and [Maurizio] Arrivabene, they didn't mention anything that they are going for Sainz.

"That's maybe the father who's dreaming more. The father is here, he talks to anybody who wants to listen. It's always a funny situation."

Asked if Sainz was frustrated, Marko added: "First he should deliver. He should use what he has to the maximum."

"Loyalty" should play a part

Toro Rosso team boss Franz Tost echoed the sentiments of Marko and Horner, insisting that whether Sainz will stay at the outfit was not down to the driver.

He also stressed that Sainz should show "loyalty" to his current employer, after the energy drink giant financed the Spaniard's career through the years.

"It’s not a decision from Carlos Sainz," Tost said in the FIA press conference. "He has a Red Bull contract and Red Bull decides what he will do in the future.

"I’m a bit confused about this discussion at this stage of the year because Red Bull has paid and financed the complete career of Carlos. It paid for his BMW season, Formula Renault then Formula 3, GP3, 3.5 and three years in F1.

"Why Red Bull should give him away now to any other opponent? Sometimes loyalty should play an important game."

First blood to Hamilton as F1 gets back to business in Austria, but penalty looms