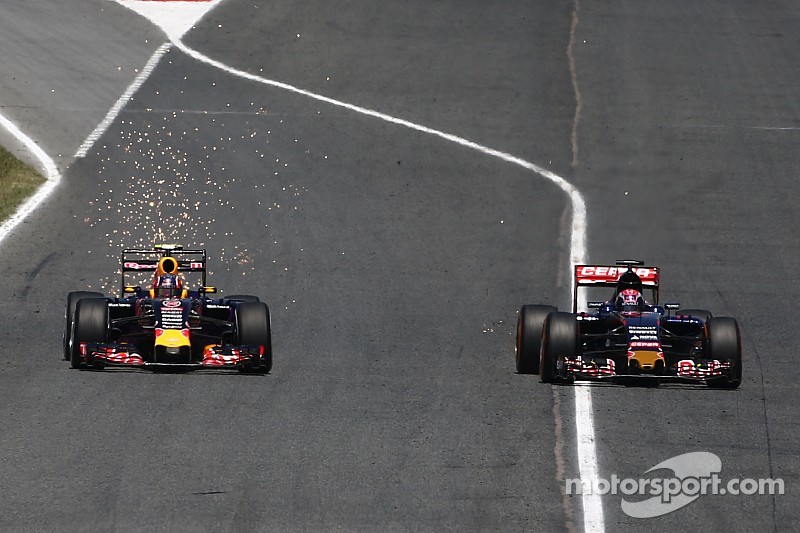 The influential Austrian, who is renowned for his straight talking and stern approach to drivers, told Kleine Zeitung newspaper: "Our established guys need to look out."

"Paradoxically, the more inexperienced ones did the better job."

Despite huge issues with the Renault engine, and a big drop in performance over last season, Marko is not making any allowances for his top team's drivers.

Although Ricciardo lies seventh in the drivers' standings with 25 points, both 17-year-old teen sensation Max Verstappen and Toro Rosso teammate Carlos Sainz Jr are ahead of Kvyat – who himself is only in his second season in F1.

Both Toro Rossos outqualified the Red Bulls in Barcelona, and Sainz – who has scored points in three of his first five grands prix – beat Kvyat to the line after a last-lap collision at Turn 1.

"The two of them are something extraordinary," said Marko of his STR duo.

"I fought hard for Sainz. He did not have a lot of friends or supporters, but I'm used to that."

Spanish GP analysis: Was it Mission Impossible for Hamilton?