Helmut Marko has made clear Red Bull was not happy with Webber's driving at the 2012 Interlagos finale.

Granted just a one-year contract for a seventh consecutive season at the team, the 36-year-old Australian is already on notice by Red Bull's tough Dr Helmut Marko.

Now, Austrian Marko has made clear Red Bull was not happy with Webber's driving at the 2012 Interlagos finale, when teammate Sebastian Vettel was fighting for the title against Ferrari's Fernando Alonso. 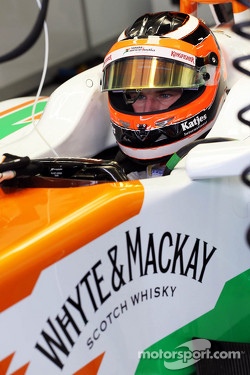 Indeed, Flavio Briatore - still involved with the management of Webber's career - said after Brazil: "The only one who helped Ferrari was Webber."

Marko confirms: "Mark was not optimally cooperative in Brazil."

German Hulkenberg, 25, has signed just a one-year deal with Sauber for 2013, and has also been linked with a potential 2014 move to Ferrari.

Marko confirmed: "A few years ago he was on the list of candidates for our junior team, but Nico already had a main sponsor (Dekra) with which he didn't want to separate."

What kind of Mercedes challenge can we expect in F1 this year?