Marciello on Ferrari split: "Arrivabene just didn't like me" 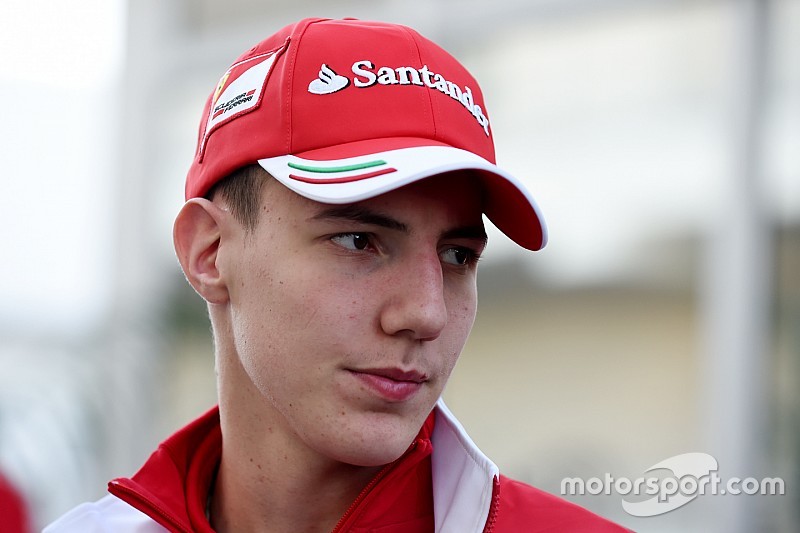 Former Ferrari junior Raffaele Marciello believes he was "pushed out" of the team by the Scuderia's team principal Maurizio Arrivabene.

Marciello joined the Ferrari Driver Academy back in 2010 and became the European F3 champion and a race winner in GP2 during his tenure with the Italian marque.

However, Arrivabene's first full year in charge of Ferrari's F1 team would prove to be Marciello's last in FDA, the latter losing support on the back of a difficult sophomore season in GP2.

Having now secured a deal to contest his third campaign in GP2 with Russian Time, Marciello told Autosprint he believed Arrivabene was the driving force behind his Ferrari split - and has since suggested it was a personal matter.

"I didn't have really confidence from Maurizio," Marciello told Motorsport.com. "We didn't work well together. So he decided that I was not the right person to be in Ferrari.

"I think he just didn't like me. It's normal - you can like and not like some people. So he didn't want to let me be in Ferrari. And he pushed me out."

The 21-year-old reckons that, despite losing the backing of a major manufacturer, he still has a shot at breaking into F1.

"I had five years with Ferrari and, for sure, thanks to them I learned quite a lot of stuff. But I think it was almost like the end of a problem for me.

"I didn't have any chance to go to Formula 1. So for me it was right to continue and move [on]. And I think that now I can have more of a chance."

He added: "For sure, it's not easy to get to F1 for many reasons. But if you do a good season in GP2, maybe some doors can open. So I will try my best this year to get in Formula 1 next year."

After having tested with Mercedes in the DTM - and having impressed the team's veteran driver Gary Paffett - Marciello has confirmed F1 is not the only future career avenue that he will consider.

"Formula 1 is always a dream, but it's not easy to reach," he said. "And I will look for chances in some other categories, like IndyCar and DTM. For sure, there are championships apart from F1.

"I think I did a good test [in DTM] and maybe in the future I can go there - but it won't be easy either."

From F1 to America's Cup: An evening with Martin Whitmarsh and Sir Ben Ainslie