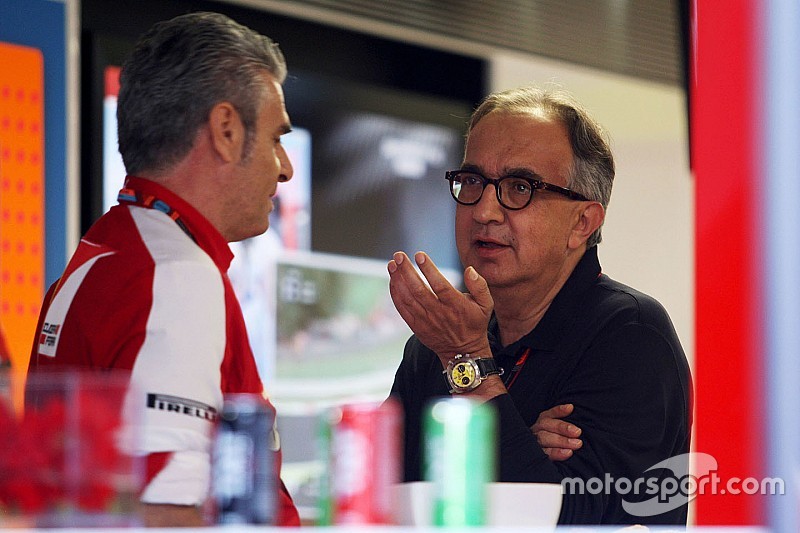 Ferrari president Sergio Marchionne has been in Maranello this week holding key meetings with staff to work out what needs to be done to rescue its season.

With the Formula 1 campaign approaching its halfway point, Ferrari is still without the victory that it has been targeting since the first race in Australia.

And worse than that, it appears to have fallen behind in the development stakes against Mercedes and Red Bull – leaving it now facing a challenge to finish second in the constructors' standings.

On the back of a deeply disappointing British Grand Prix, where the team struggled for pace all weekend, Marchionne has elected to spend the last few days in Maranello to try to get to the bottom of what has gone wrong.

For although its early season progress was impacted by the tragedy surrounding technical director James Allison, whose wife died just after the Australian Grand Prix, progress more recently has not been good enough.

While Mercedes has been pushing on with upgrades at each race to keep improving its speed, Ferrari is still struggling to understand why its car has such a sensitive set-up that allows it to be competitive only in a very narrow performance window.

Rather than sitting back and simply hoping for answers, Marchionne has taken it upon himself to push things forward.

Motorsport.com has learned that he has held a series of key meetings at Maranello with the chassis and aerodynamic departments – with a particular focus on speaking to those who report to department heads as well as their juniors.

Marchionne is determined to find out whether or not there is a belief from the shop floor that more potential can be extracted from the SF16-H, and if the true state of progress of the car is as he has been led to believe by senior management.

It is possible that Marchionne could take action after these meetings to tidy up internal structures – moving around those staff who he believes have not been exploited to their best, and moving aside those whom he believes have been holding things back.

It could be this action plan that team principal Maurizio Arrivabene was referring to after Silverstone, when he said that the situation at Maranello was now getting more serious – and that the potential for big change was coming if things did not improve.

“After Hungary we cannot fool around any more," said Arrivabene. "After that [race], we will understand what chances there are and where we are – and I believe that we cannot fail.”

While there has been speculation about Arrivabene's future in Italy, it is thought that his position is safe for now – but much will depend on how the rest of the campaign pans out.

Capturing the excitement of motorsport: Why girls can Dare to be Different