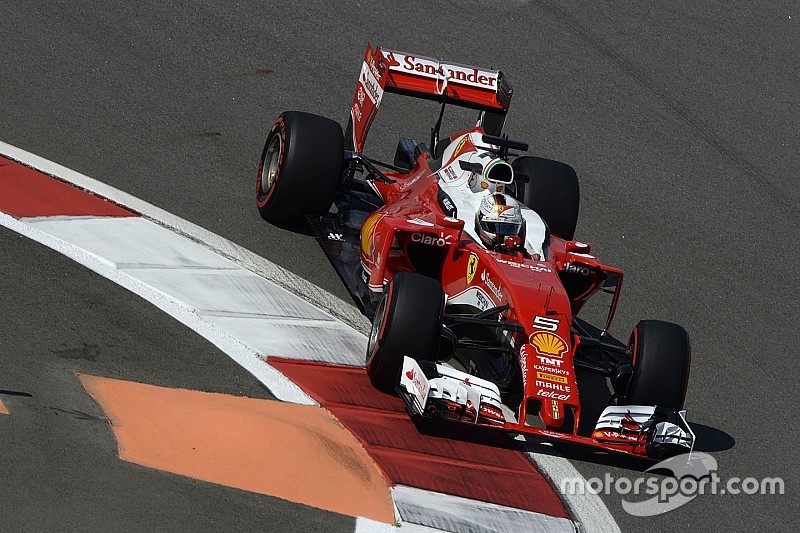 Although the Maranello squad has shown promise in the first four races of the season, reliability problems and accidents have meant it has failed to present a challenge to the dominant Mercedes team.

But Marchionne reckons once the bad luck goes away, Ferrari will start beating Mercedes.

"I am confident," Marchionne said during the presentation of the new Alfa Romeo Giulia in Balocco, Italy.

"Sunday will be an important day. So far, much of it was down to bad luck, but the season has just begun.

"I expect us to win shortly, starting with Spain," he said.

Despite the lack of victories, the Ferrari boss said he was happy with how both Vettel and Raikkonen had performed this year.

"I'm very satisfied with both Vettel and Raikkonen," he said. "The only thing that hasn't worked well is luck."

Alfa entry still on the cards

Marchionne insisted plans for Alfa Romeo to enter Formula 1 are still on the cards, but it will depend on the Italian manufacturer's success in the road car market.

"It will depend on the success of the Giulia," he said.

"Surely our participation will be limited to F1. We are not, however, available to run only as engine suppliers, but we would focus on a complete package like Ferrari.

"To finance the races you have to sell the cars. Today is only the beginning of a long road. "

Tech analysis: The biggest challenges that Verstappen will face

Is it just me? A reader asks whether fans should be more positive about current F1