Marchionne could step down from Ferrari role early 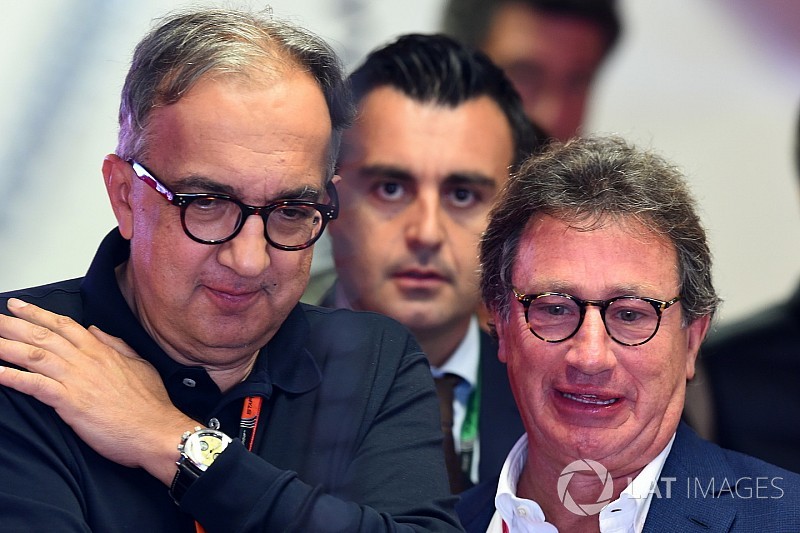 Ferrari president and Fiat CEO Sergio Marchionne could step down from his role earlier than expected, with the Italian car company's board potentially putting a successor in place later on Saturday.

Marchionne had been due to step down later this year, but medical issues caused by a recent shoulder operation appear to have fast-tracked moves by Fiat to sort matters out.

A report by the respected Automotive News Europe website, citing sources familiar with the situation, said that the board had been called together on Saturday to discuss Marchionne's replacements.

For Ferrari, favourite to replace Marchionne as CEO is Ferrari board member and former Philip Morris chairman Louis Carey Camilleri, with John Elkann linked with the Ferrari president role.

Fiat and Ferrari have declined to comment on the reports.

An early departure from Ferrari for Marchionne would have a big impact on the team, because he has been a driving force in pushing it on in recent years – as well as helping bring the Alfa Romeo name back to F1.

Marchionne has also played a key role in discussions over 2021 rules, having threatened to pull Ferrari out of F1 if he feels the sport heads in a direction that does not suit the Italian car manufacturer.