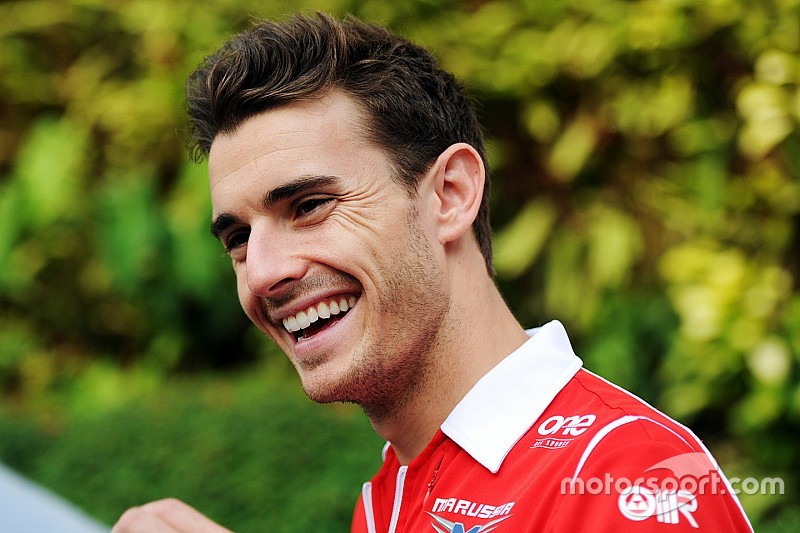 Manor team principal John Booth has admitted that this weekend’s Japanese Grand Prix will be an emotional one for the team as it returns to the scene of Jules Bianchi’s fatal accident.

In July, Bianchi succumbed to severe head injuries sustained in a crash during last year’s race at Suzuka, prompting a flood of tributes from across the world of motorsport.

After emotionally charged visits to Monaco, where the Frenchman crucially scored points in 2014, and Hungary, which followed closely from the Frenchman’s funeral, Booth says Bianchi will be at the forefront of the minds of everyone in the team once more in Japan.

“There is no escaping the fact that this will be an extremely emotional week for us,” said Booth.

“Many of the team members who were with us in 2014 are back with us this year, including our colleagues at Scuderia Ferrari and of course Will [Stevens] and Alexander [Rossi], both of whom were in Suzuka last year in their roles as reserve drivers.

“We think of Jules every single day; he will forever be a huge part of our team. Without doubt, our memories are overwhelmingly happy ones, celebrating his incredible achievements in our race cars and the enjoyable times we shared along the way.

“Jules’ funeral reminded us that he was a special gift to so many people, not least of all the magnificent Bianchi family, who are always in our thoughts and prayers.

He added: “We were Jules’ team, and with that in mind I would ask everyone to understand and respect that, this weekend, we wish to deal with the experience of returning to Suzuka in a very private, introspective way.

“Jules has not only been constantly in our thoughts since that terrible day in 2014, but his name has also been on our car at every single race.

“That tribute, our incredibly fond memories of Jules and the camaraderie we have within our team are all we need to race on in his honour in Suzuka this weekend.”

Was Singapore a one-off or can Sebastian Vettel and Ferrari dare to dream of title glory?