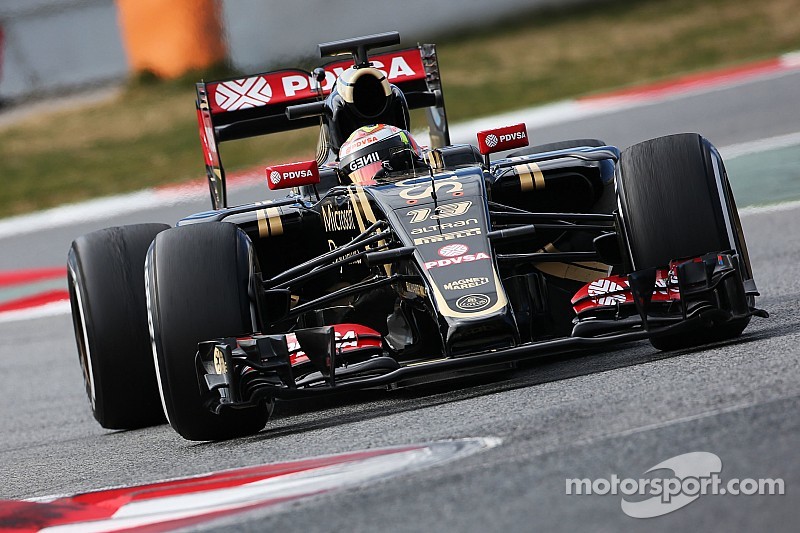 Pastor Maldonado wheeled his Lotus around the track for 50 laps today, ending the day 6th out of 9 cars to take time.

Maldonado says he is happy with the progress made after the second day of testing in Barcelona, as the team spent time working on worn times and different aero combination.s

"We made a lot of mileage on used tires. It was a positive day. No problems at all," he told reporters in Spain.

Trying to figure out which team will be where on the performance chart has been the talk this preseason, with Mercedes the obvious clear favorite.

Mercedes, then Williams...then who will be next quickest?

Maldonado agreed with reporters that Williams has shown itself as the next best team, but where does Lotus rank among the others? With Mercedes power now in the car, Maldonado feels they are getting very close.

"Starting from the drivability situation it's completely different (from last year's car), from the performance point of view, we don’t know exactly against the other teams," Maldonado said.

"We are not bad, maybe not at Mercedes' level yet, but certainly with those teams right behind Mercedes."

Ferrari: The second day of testing at the Catalan circuit

How Force India got to Barcelona