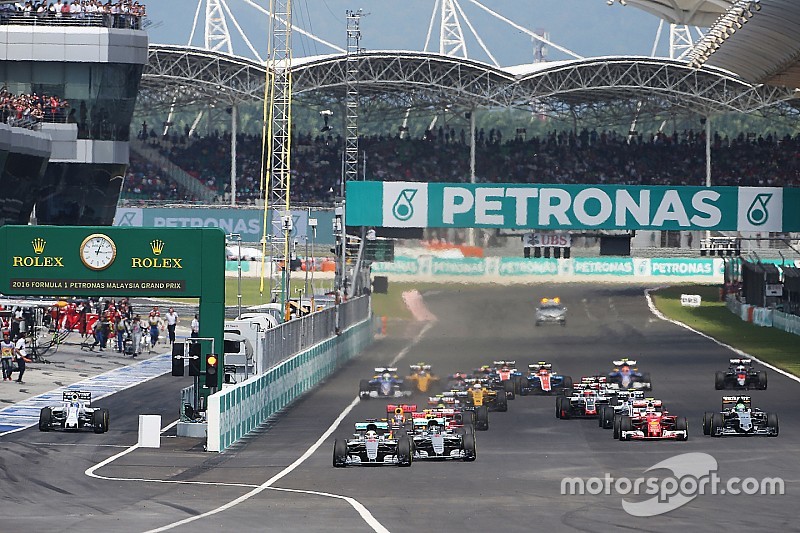 The future of the Malaysian Grand Prix will be determined this week amid calls for the country to stop hosting the Formula 1 race.

Sepang has been the home of the Malaysian event since it joined the calendar back in 1999, but ticket sales have been declining over the past years.

According to Sepang CEO Datuk Ahmad Razlan Ahmad Razali, sales for the grand prix reached only 60 percent recently, in contrast to the MotoGP event, which is expecting a sell-out for this weekend's round of the championship.

Local media reported Razlan as saying the TV viewership for this year's Malaysian Grand Prix was the "lowest in history".

The circuit has a contract to host the grand prix until 2018, but a meeting between Sepang's shareholders and the ministry of finance will be held this week to decide the event's future.

Razlan said Formula 1 was no longer an exciting sport and that the country should re-consider the future of the grand prix.

"Maybe it will do Malaysia good to take a break," Razlan was quoted as saying by Malaysia's The New Strait Times.

"I think the product [F1] is no longer exciting. It's being dominated by one team."

Malaysia's minister of youth and sports Khairy Jamaluddin, meanwhile, called for the country to give up the Formula 1 race and instead focus on MotoGP, which he said was much more affordable.

"I think we should stop hosting the F1. At least for a while. Cost too high, returns limited," Jamaluddin said on Twitter.

"When we first hosted the F1 it was a big deal. First in Asia outside Japan. Now so many venues. No first mover advantage. Not a novelty.

"For the record I still think we should host MotoGP. 1) Cheaper fee and cost, 2) Sellout crowd, 3) We have riders in Moto2 and 3."

Magnussen frustrated by post-race penalty that cost him 11th