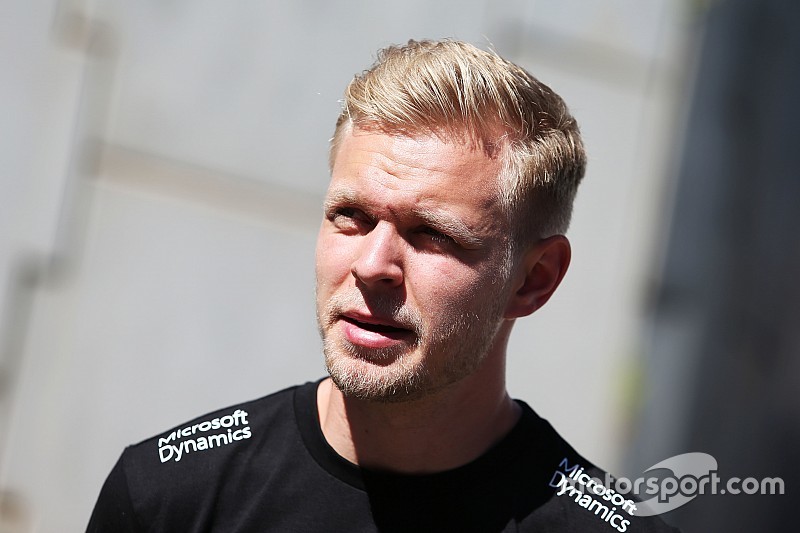 Kevin Magnussen says he is not willing to wait long for Renault's decision on whether or not the French manufacturer will retain him for the 2017 Formula 1 season.

Renault has yet to announce either of its 2017 drivers, but Frederic Vasseur had confirmed to Motorsport.com that a decision on next year's line-up was set to come in September.

"I've heard they said early September, so I hope that's true," Magnussen said during build-up for the Belgian Grand Prix.

Asked whether, given his past experience with McLaren, he was keen on having his future sorted early this time around, Magnussen responded: "Yes. Otherwise I will take the decision.

Elaborating on the recent progress in the talks, the Dane said: "There hasn't been any movement. We're two drivers in the team that are uncertain about our future, and that's not ideal. But that's the way it is.

"I can't decide who's racing in this team, I'll just keep doing what I've done and try to enjoy it as much as possible, push as hard as I can, work as hard as I can. That's all I can do.

The Dane confirmed that he kept up with the driver situation in other teams in case Renault decided to let him go - but insisted that, for now, his focus was on sorting out his future with the French manufacturer.

"You hear what's going on in other teams and, you know, I do think other seats will be available if I don't get this one.

"But it's not where my focus is. I know what's going on and that's enough. I'll wait and see what happens here for a bit and then hope for the best."

Asked whether he felt that the team owed him another chance to prove himself, given the Renault RS16's lack of pace throughout the campaign, Magnussen said: "I don't know. The team needs to do what's best for them. They will do what they think is best.

"It's not our fault that we're not getting out of Q1. Whether there are other drivers that can go a bit faster... I don't think so, but that's me [speaking] as a racing driver.

"There are other things that we need to focus on. But it's not my decision. I hope they will take the right decision."

Speaking about his own future with Renault, Magnussen's teammate Jolyon Palmer said he is confident of keeping the seat if he can continue an "upward trend" in performance.

"I get more used to it, I'm more in the swing, I'm improving quite quickly now," Palmer said.

"I've had a promising couple of rounds before summer break - it shows my upward trend. If I can keep that going, I'm confident that I can show the people here what I can do in the future.

"I'm not looking around too much. I know there's options, 'cause there's uncertainty in other teams. If I do the job I know I can do, I'm confident of staying here. I'm not too fussed about who goes where in the big picture."

On whether he felt teammate Magnussen's history with McLaren served as a precautionary warning about teams' late line-up decisions, Palmer said: "I don't think it's going to be the same here. I mean, that was December [2014] when he found out [about not keeping the seat], which was crazy late.

"I feel confident it's not going to be like that - it could be, but at the end of the day, what more can you do, really? I'm trying to prove what I can do, Kev's the same, I'm sure there are other people that would want to be at Renault next year as well, so we're all vying for two seats. Whatever they decide, they decide.

"But the later it goes, the more opportunities I've got to impress. At the end of the day, I'm the one in the car at the moment, under their noses, doing a job. If it's decided not in September but in October or November, every race that goes by, it's a chance for me to show something more. Certainly not altogether a bad thing."