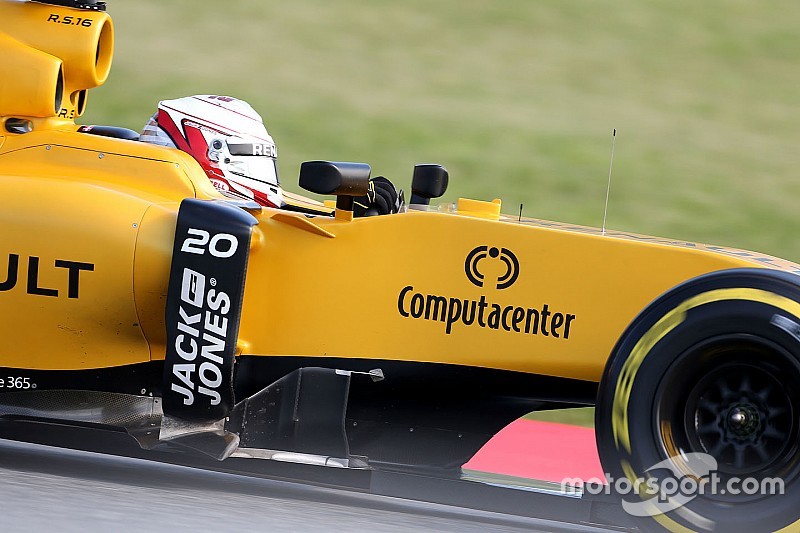 Kevin Magnussen says he would like Renault to introduce its new engine for the next race in Monaco, after claiming it is already a step forward in both driveability and power.

The French car manufacturer has been evaluating its upgraded power unit in this week's Barcelona test, with all the drivers who have tried it raving about the progress that has been delivered.

And while there remain questions about whether or not Renault can prepare the proper maps and parts to have the unit ready for the Monaco Grand Prix, Magnussen has no doubts about what he would like to see.

When asked if he would be happy to race it there, he said: "Yeah, definitely. Whether we get it or not [I don't know]. I would like to have it, but I am not deciding that."

The Renault power unit has been touted as delivering as much as four tenths of a second per lap, which would have been enough to lift Red Bull on par with Mercedes in Barcelona, and lift the works team close to the top ten.

Magnussen said he has been impressed by his first feelings of the progress, even though he admitted it was hard to notice any straight line speed benefit from the cockpit.

"To be honest the engine feels nice to drive," he said. "The driveability is better than the old engine. More power too.

"But the engineers will have it on the data and they will tell us later on. But the main thing is the power unit is driveable so we can continue just working as normal.

He added: "This power unit is actually better than the old one and we haven't had much time to work on it. Straight away out of the box it has better driveability – and hopefully the power is a good step as well."