Kevin Magnussen has revealed his “crazy” experience of being forced to walk back to the pits among a mob of hyped Formula 1 fans after the Brazilian Grand Prix.

The Dane had been spun out of last weekend’s Interlagos race by Daniel Ricciardo on the opening lap, with his damaged Haas left stranded by the side of the track.

And while the medical car stopped to check on him and his McLaren rival, there was only enough space to take one of them back to the garages – and Ricciardo had quickly jumped in. That left Magnussen alone out on the track with no alternative way of getting back to the paddock.

After waiting for the race to finish, Magnussen said still nobody came to get him – so he had to make his own way back, which meant walking through the general spectator areas.

“It was crazy,” he said when asked by Motorsport.com about the events. “I don't know what went on, but it was the most dangerous thing I did all weekend, despite all the driving!

“Then, I've tried to speak to the marshals, but they didn't speak a word of English, none at all. After the race, I was kind of waiting for someone to come and pick me up or something, and the marshals started leaving. And then I was like, what do I do?” 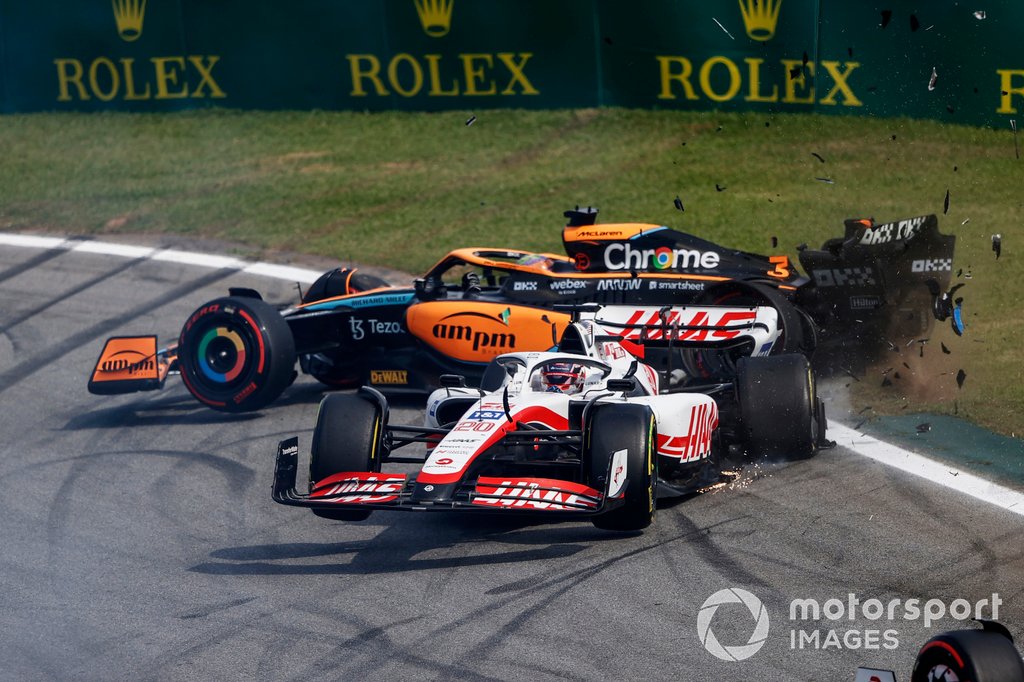 Magnussen explained that he walked nearby to try to find a route back to the paddock area but got stuck at a fence, before some other marshals came to help him.

“I ended up by a fence that I couldn't really see a way around,” he said. “Of course, I could have walked the whole track and go around to the start finish, but there were all the fans.

“Then some of the marshals realised that I was in trouble and cut a hole in the fence and lifted me through, which was kind of sketchy.

“The marshals took good care of me [among the fans] but it could have been bad, I guess. I am glad I wasn't Lewis Hamilton at Zandvoort. That would have been really sketchy!”

Asked if Brazilian race organisers had given him an explanation about what happened, Magnussen said: “They apologised and stuff, but I mean, it's a pretty weird situation.

“Just come and pick me up: how hard can it be? It was surreal. I hope that doesn't happen again.”

While Magnussen’s Brazilian Grand Prix ended in disappointment after his first lap exit, he says that it did not put a dampener on the joy he still takes from his shock pole for Saturday's sprint race.

“It was a very proud moment for us to get pole position for such a little small, privately-owned team, like Haas is,” he said. “It was really a proud moment. And I think it really lifted everyone up. It has showed that anything is possible in this sport.

“Although often it seems like it is impossible, it isn't. Moments like this is what makes it all worthwhile.”

He added that he can still see the positivity it has injected in Haas team members after a fairly tough few seasons.

“I think everyone loved it,” he said. “It was a real proud moment for the team.

“I can see everyone: when they're walking down the paddock, they look a little bigger, a little taller. And that's great.

“It's great to see and it's a memory that we will have in common always. And going into the end of the season like this, going into a winter with a huge high like that, it's worth a lot. So I'm really happy about that.”