Magnussen on verge of F1 return with Renault

Kevin Magnussen is on the verge of a surprise return to Formula 1 with Renault, with Pastor Maldonado's ongoing sponsorship problems set to force him out of grand prix racing. 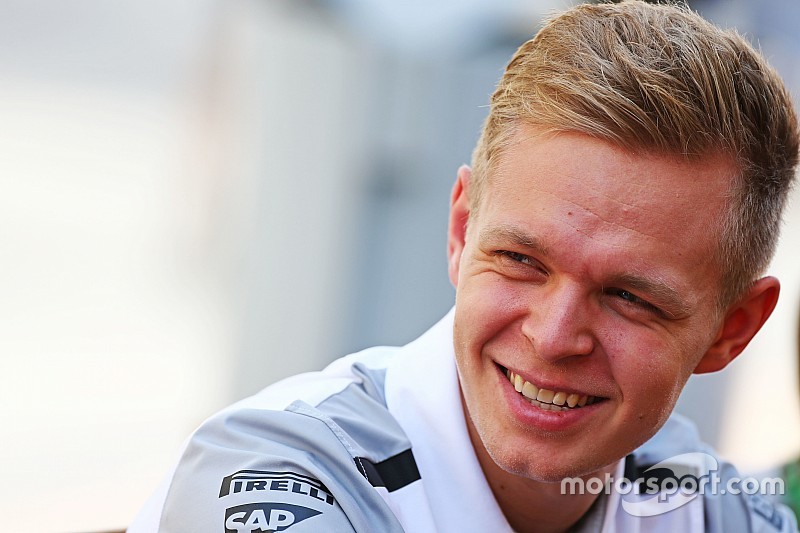 Although a final decision about who will join Jolyon Palmer on the grid in 2016 has not been made, sources with good understanding of the situation say that Magnussen's chances have improved dramatically over the past few days.

In fact, it has been suggested that only a dramatic about-turn by Maldonado's backers over the next few days will be enough to save the Venezuelan's seat.

Should Magnussen be successful and complete a deal – which could be announced at a Renault team launch in Paris next Wednesday – it would mark a remarkable turn of good fortune for the Dane, who had appeared to be forced out of F1.

Despite an impressive debut campaign in 2014, and holding out hope this season of a step up with McLaren, he was left without F1 options after his former Woking bosses kept their current drivers and the Haas team opted for Romain Grosjean instead.

It is also understood that Magnussen had informal talks with Bryan Herta Autosport about racing in IndyCar in 2016.

Maldonado's seat has always depended on the funding from Venezuelan oil company PDVSA but, as Motorsport.com reported earlier this month, late sponsorship payments left his position under threat.

This came despite a delegation of Renault representatives visiting PDVSA chiefs recently to try to explain the situation and ensure that they were not forced to make a change.

However, despite the gravity of the situation being made clear, it is understood that Renault has not been given the guarantees it required.

That has left it pursuing the Magnussen option, and it made clear that unless Maldonado's backers deliver their promised sponsorship then it will commit to the former McLaren race driver.

Maldonado's management company declined to comment about the situation when contacted on Thursday.

Renault's takeover of the Lotus team came after it had already committed to Maldonado and Palmer, and there were suggestions that the car company's senior management was always in favour of a driver shake-up.

CEO Carlos Ghosn prompted speculation about its line-up as soon as the buyout was complete by stating that the drivers would only be announced at the launch.

Magnussen is already a proven podium finisher and has good knowledge of the working of a major team like McLaren, while Maldonado has come off the back of a disappointed 2015 campaign.