Magnussen: I wasn't ready to give up F1 dream 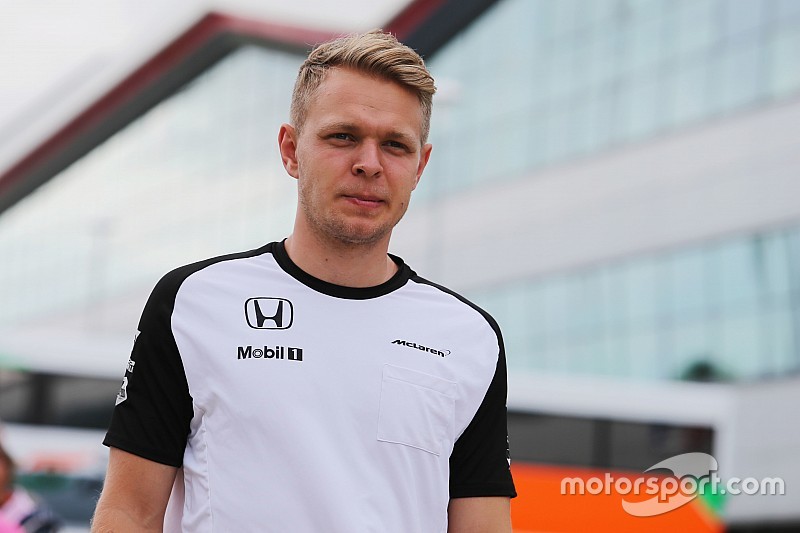 Kevin Magnussen has admitted that McLaren's shock U-turn on him last winter was tough to accept at the time – but has ultimately made him even more determined to get back racing in Formula 1.

The Dane had looked set to partner Fernando Alonso in 2015 after detailed analysis of his pace against Jenson Button suggested that he was the man the McLaren needed. The indications given from the team was that he had been given the nod.

However, a last minute change of heart by the McLaren board meant Magnussen lost out in the end – and was forced to take a reserve driver role.

Looking back now on that period, Magnussen said that he was initially stumped to fully understand things after the promise he had shown on track in 2014.

“It was a massive anti climax,” Magnussen told Motorsport.com. “You move up, you always look to the next year to go even better, or move to the next level, and then you get to F1.

“You have a not bad year, so to then be suddenly out? Especially when it was not at all expected. It as hard.

“If I had gone through the year thinking 'I can't do this, I am not very good', and it is not going well, then that is different. But I hadn't planned for it all.

“It was quite surprising and tough in the beginning. But I turned it around and started trying to work at helping the drivers.

“Of course you lose faith for a little while, but then you start thinking more about it and being more positive. And now I am flat out believing I will be back in F1 now.”

Magnussen's disappointments did not end when he was dropped, for he also missed out on the chance to race in IndyCar this year because he was called up to replace Alonso at the Australian GP – only to not get as far as the start.

“Yes it was very annoying and frustrating, but that is how it was. I would have liked to have raced something this year because not racing has made it very boring.

“But not everything has been boring. I love racing and I am addicted to racing and that is what I live for. So not doing anything at all has been tough – let along not doing F1!

“But some people have a bad Olympic's Games and they have to wait four years, so it is not even as bad as that.

“It has been tough but it could be worse. As long as you keep believing and keep focused, then you can succeed. That is what I intend doing.

“I had a bit of a tough time at the beginning but I am now fully focused on being back.”