Kevin Magnussen hopes Renault decides on its drivers sooner rather than later, as the Dane admits his future is still uncertain. 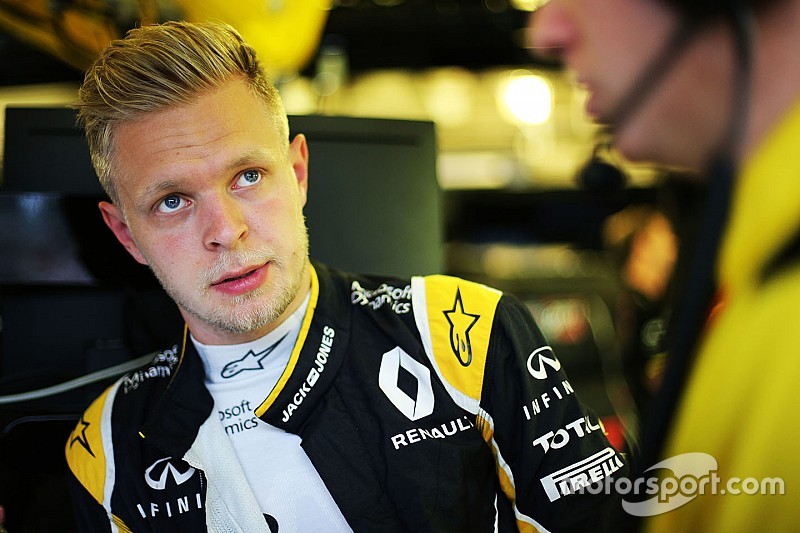 Magnussen returned to racing this year with the French squad, after it took over the Lotus team at the end of last season.

The season has been hard for Magnussen, however, who has struggled at the back with an uncompetitive car, having scored just once in 12 races.

The Dane believes Renault can become a successful team that he wants to be a part of.

"Of course I want to be part of the team. I want to stay here," Magnussen told Motorsport.com. "This is a team that I believe will be successful in the future, and I want to be a part of that success.

"Of course there is talks, but there's nothing certain yet."

When asked when he expected a Renault decision, he said: "I don't know. As soon as possible, I hope."

While Renault has struggled for pace, Red Bull - using the same engine - has closed the gap to the front and has moved to second place in the standings.

"In a way it's encouraging what Red Bull is doing," the Dane added. "Renault has taken a step forward and made a better engine this year. It's clearly not only the engine, it's also the chassis. It's everything.

"I think we are doing a pretty good job with what we have. The development of the car slowed down a lot by financial troubles when it was Lotus, so things are picking up again and starting to get the ball rolling.

"You can see a difference in the factory. New machines are coming to the factory and there's new buildings. It's encouraging."