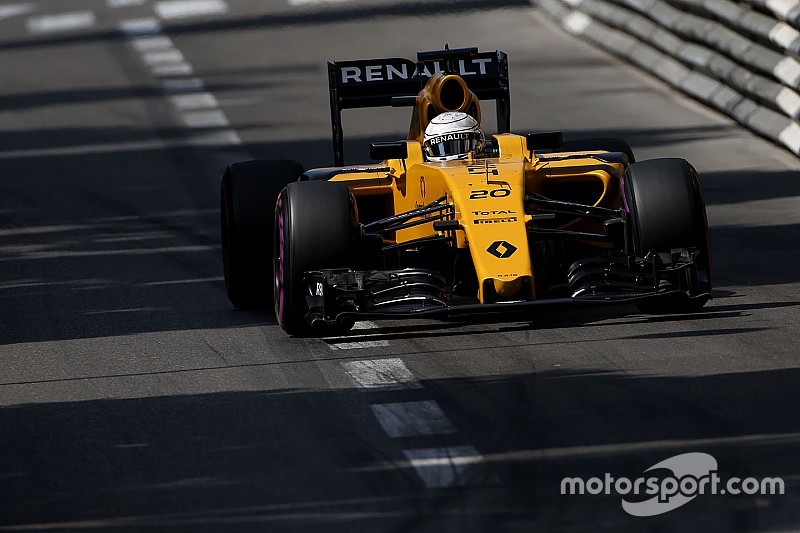 Kevin Magnussen has escaped a penalty after leaving the pitlane with the red light on during qualifying for the Monaco Grand Prix.

The Dane was put under investigation after he crossed the pitlane exit line just as the lights had turned red following Max Verstappen's crash in Q1.

But the stewards deemed the light had turned red too late for Magnussen to stop in time, and felt no further action was needed.

"Although the green light was extinguished and replace by the red light 2 seconds before the driver crossed the pit exit line, the team presented evidence that the dashboard light only turned to red 0.55 seconds prior to the car crossing the line," said a statement by the stewards.

"Further, the driver explained that he looked at the trackside light on approach, it was green, then he focussed on the track ahead because there is a turn from the pit exit.

"By the time his dashboard light came on it was too late to avoid crossing the line. The Team also radioed "red flag, red flag" but the car had passed the line."

Magnussen qualified in 16th position, having made it into Q2.

Williams' Bottas will start 10th on the Monaco GP