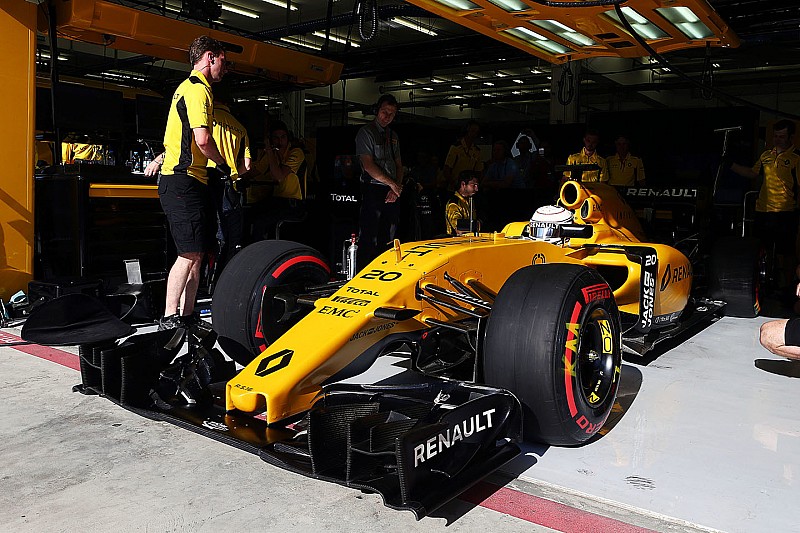 Kevin Magnussen is convinced that he will score Renault’s first points of the Formula 1 season as soon as he has a trouble-free race.

The Dane has had a frustrating start to his 2016 campaign after suffering a first lap puncture in Australia and then being forced to start from the pitlane in Bahrain after missing a weight check in free practice.

Having recovered brilliantly in Bahrain to finish 11th, Magnussen believes that Renault easily has the potential to be finishing in the top 10.

“It is pretty frustrating,” he explained. “That’s how it is in racing sometimes, but we are very close so that does give motivation.

“The car feels really good. Of course, we want more downforce and more power, but show me a race driver who doesn’t ask for that!

“Naturally I’m enjoying being back behind the wheel, pushing hard and overtaking, but you have so much work to do from the back that you can have a very strong race yet still finish in 11th.

"If we start further up the order and don’t have a first lap incident good things can happen.”

Renault technical director Nick Chester thinks that the ultra competitive midfield battle means that there is no room for getting any aspect of its performance wrong.

He also says that the team needs to put more effort in to improving its qualifying pace, because its race form seems quite strong.

“It means we need to maximise every opportunity we have and every performance increase we can find could mean the difference between finishing just shy of the points or scoring.

“Our qualifying pace has been behind our race pace in relative terms, so this is an area of focus, but one which goes hand-in-hand with the target of overall performance gains.”

Chester also said that the team was still looking in to why Jolyon Palmer suffered a retirement in Bahrain that put him out early.

“It was a hydraulic pump that failed which is an extremely rare occurrence,” he said. “The pump was just over a tenth of the way through its normal working life; usually if a component fails it’s very early in its life or near the end.

“We’re working with our supplier to ascertain the cause and have quarantined the batch of components until we can understand the issue. It was a great shame for Jolyon to have missed the race like that.”

Ricciardo and Kvyat ahead of the Chinese GP