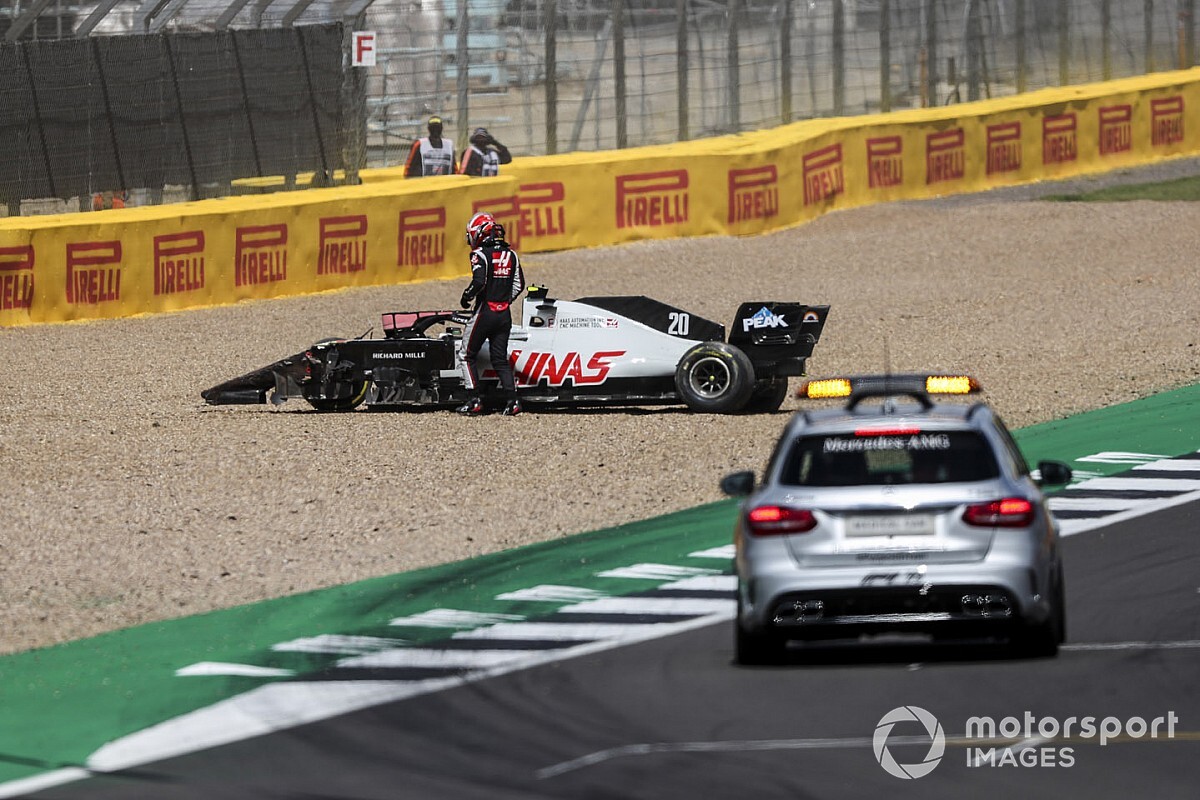 Magnussen crashed out at the end of the opening lap of Sunday's race at Silverstone after being hit by Albon at the final corner.

A mistake by Magnussen exiting the penultimate corner left him out of shape for Club, opening the door for Albon to try and overtake up the inside.

But Albon soon found there was not enough room to pass the Haas car, resulting in contact despite a late attempt to back out of the move.

The clash sent Magnussen into the gravel, ending his race, while Albon was left with car damage and landed a five-second time penalty for the incident.

Magnussen explained after the race that he did not understand why Albon was in such a rush to make the overtake, believing he would have got through not long after had he been more patient.

"By the time I saw him, it was way too late for me to really give him any room," Magnussen said.

"I think it would have been very easy for him to wait. He had a way faster car, he would have easily gone past me anyway.

"I don't think he would have had a very difficult time if he had not taken that huge risk right there. He would have probably done it the next corner even.

"Clearly it wasn't any bad intentions from him, just I think poorly judged."

Albon called the penalty "50-50" when asked about the incident after the race, having fought back through the field to finish eighth.

"Kevin went off the track, and the way he came on, there was a space there initially," Albon explained.

"I realised he doesn't see me or the gap is closing very quickly, and I tried to get away from it. At that closing speed, it was just too much.

"I had the damage which was a shame. The pace in the race wasn't too bad, we had to do a lot this weekend, so P8 is not what I want, but [it was] damage limitation."

Red Bull team principal Christian Horner believed the clash was a racing incident, but was not totally surprised to see Albon receive a penalty.

"That was a racing incident," Horner said. "If you look at it from the beginning, Kevin made a mistake, he got out wide, Alex put his nose in there and then he sort of backed out a little bit.

"It was one of those things. I wasn't too surprised with the penalty, it could have gone either way."