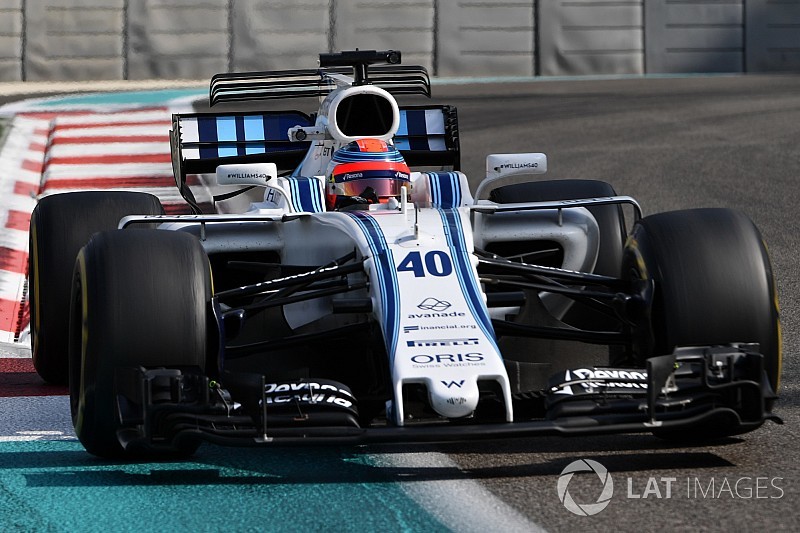 Williams technical chief Paddy Lowe says there are no concerns that Robert Kubica injuries will affect his ability to race in Formula 1 following a successful test in Abu Dhabi.

Williams is evaluating Kubica’s potential to return to F1, six years after he had suffered life-threatening injuries from a rally crash in 2011.

Kubica has previously tested a 2014 Williams at Silverstone and the Hungaroring, with Lowe saying the Abu Dhabi test in a 2017 Williams would help the team assess his fitness.

When asked if he was 100% sure Kubica is able to drive and complete a grand prix weekend, Lowe replied: “Yes, there are no issues around that subject.”

Aside from a puncture that cost him a small amount of track time, Kubica had a smooth day at Yas Marina and completed the programme.

Lowe would not be drawn on whether the test had influenced the team’s driver choice, but did say the team was pleased with Kubica’s efforts.

“Robert did a great job,” he said. “We were very happy - absolutely with the number of laps and with the running altogether.

“[His feedback is] very good. He is a driver of tremendous experience and very knowledgeable around his work.

“His job is a professional racing driver so he has that confident and you can feel it in the garage so everybody’s happy with Robert.”

Lowe said he was impressed by Kubica’s determination in attempting to make a return to F1 following the injuries sustained in the rally crash.

“Robert is a driver that we’ve all admired when he drove in Formula 1 and even since then,” he said.

“It’s a great example of his character and that he considered coming back from this accident that he had and fighting away, just seeking if he could come back into Formula 1.”

When asked if there were any more questions that Williams needed answering on whether or not it would sign Kubica, Lowe said: “We’ll keep working.

“We’re concentrating on the testing and then we’ll regroup afterwards to make our decision for next year in terms of racing.”

Kubica is the overwhelming favourite to get the second seat at Williams in 2018, alongside Lance Stroll.

Williams is not expected to discuss the driver situation further until next week, but it hopes to make a decision before Christmas.