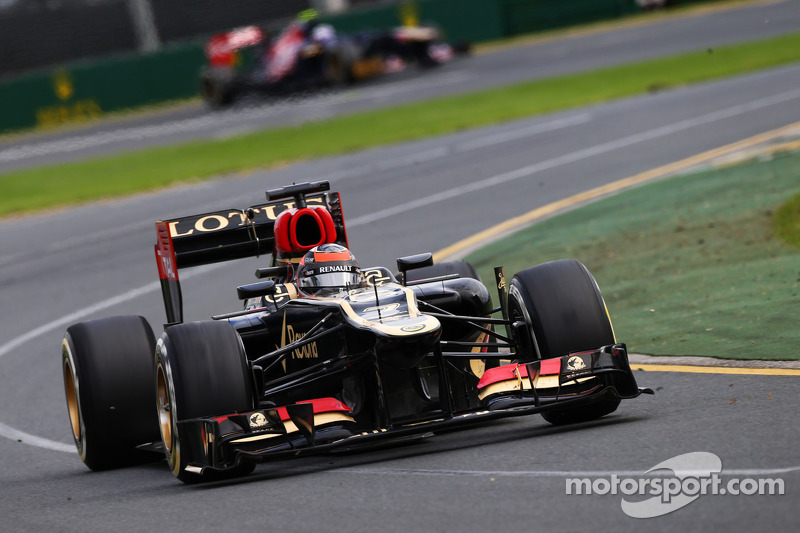 Walk All Over You – Australian Grand Prix! 'It’s a fantastic feeling to open the season in this way.' - Eric Boullier

Kimi Räikkönen opened up Lotus F1 Team’s 2013 championship points account with a maximum deposit by taking victory in the first race of the season; the Australian Grand Prix. Kimi made two pit stops – whilst most of his opposition made three – to secure his 20th Grand Prix win, equalling the tally of compatriot Mika Häkkinen. Romain Grosjean came home in tenth position after a difficult race. Kimi leads the Drivers’ Championship with 25 points to Fernando Alonso’s 18, whilst the team occupies second position in the Constructors’ Championship with 26 points to Ferrari’s 30. 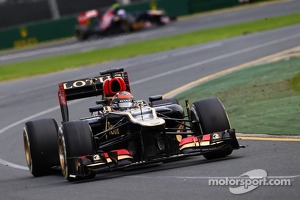 Kimi Räikkönen, P1, E21-03
“I’m happy for the team and for myself also. We’ve had a quick car all weekend and there were no issues with it either, so we could just focus on trying different things and getting the setup how we wanted. I had a good feeling that we would be ok with the tyres after practice and the team got the strategy perfect. I made a few places at the start and then had a good battle with Lewis [Hamilton] but after that it was quite simple; probably one of my easiest wins. You can’t start the season much better than winning the first race and of course we hope we can be fighting at the front of the Championship, but there’s a long way to go still and we need to keep pushing hard all the way.”

Romain Grosjean, P10, E21-01
“Something felt wrong with my car, so I have to sit down with the team and analyse where the issue came from. It felt so good all weekend until the race itself, but in the end the race was long and quite difficult for me. We know that Albert Park can be a tricky circuit and the weather has certainly not helped today. It’s been a great weekend for the team with Kimi’s win so it’s clear there’s pace in the car. Let’s hope I can unlock that pace too next weekend in Sepang.”

Eric Boullier, Team Principal
"I’m very happy. After Kimi’s great start we were hoping that we could achieve a podium finish, then as the race unfolded and we saw the other teams pitting – showing that they were on three-stop strategies – our position became stronger and stronger. It’s a fantastic feeling to open the season in this way. Kimi drove impeccably all weekend and gave the team his all. Romain had a difficult race and we have to analyse what went wrong for him. This win is a further testament to all the hard work which goes on at Enstone and we owe tremendous thanks to each and every employee. We head to Malaysia in the best position we could be. ”

James Allison, Technical Director
“It was a splendid thing we saw today. It’s a day like this which make everything about this job worthwhile and that will be true for everyone involved with the team. It’s great. We were a little deflated after qualifying, as we knew the car had better pace than our grid positions suggested. Nevertheless we were confident from the long run pace we’d seen on Friday that we could make a two-stop strategy work. It was lovely to see the lap times ticking off metronomically without any real fear that the tyres weren’t going to go the distance. Hopefully we can repeat Kimi’s fantastic performance again next weekend with both cars.”

Ricardo Penteado, Renault Sport F1 Team Support Leader
“As we’ve seen this weekend the field is incredibly close and each detail counts even more, so we’ve worked hard with the team to exploit every last area of performance from the engine over the winter period. In the race we were aggressive with the fuel strategy to maintain a healthy gap over Fernando and Kimi did a great job with managing the tyres. Romain also came in strongly at the end to get a double points’ finish. A fantastic way to start the season!.”