F1 drivers feel losing Barcelona would be "a shame"

The loss of Barcelona from the Formula 1 calendar would be "a shame" even though the prospect of racing at Zandvoort is appealing, according to several grand prix drivers. 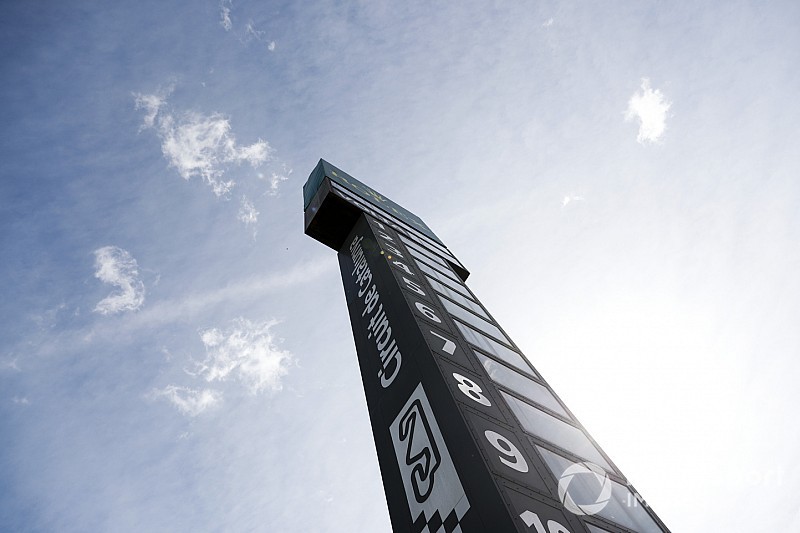 As revealed by Motorsport.com, the Dutch Grand Prix is set to return to the F1 schedule at the expense of the Spanish race next season.

Asked by Motorsport.com for their thoughts on the possible swap, all five drivers attending the official press conference ahead of this weekend's Spanish GP – Sebastian Vettel, Valtteri Bottas, Carlos Sainz, Pierre Gasly and George Russell – expressed disappointed at the prospect of Zandvoort's return coming at the cost of Barcelona.

"As far as I know, negotiations are still ongoing," Sainz said. "I think it's in the benefit of Barcelona, of Spain, of Formula 1. I think a Spanish Grand Prix has a lot of history in Formula 1, I think this track has a lot of history, and it would be a shame to lose it.

Bottas said the ideal scenario was for Barcelona to stay and Zandvoort, which he called "a pretty cool circuit", to join.

Red Bull driver Gasly said it would be "quite a shock" for Spain to fall off the calendar, but like Bottas is enthused by the prospect of Zandvoort's return.

"Barcelona is probably the track we have all driven on the most," said Gasly. "So, hopefully an agreement can be found. Zandvoort is pretty exciting if it happens. It's a really narrow track.

"I've been there only once but it's really challenging on the driving side. To put some F1 cars there will be pretty cool and exciting."

F1 rookie George Russell, who finished second in the Formula 3 Masters race at Zandvoort in 2015, said: "It would be a shame to lose this circuit because it's a great one.

"But on the other hand, Zandvoort is probably in my top five favourite circuits. I think it's a really incredible circuit, it's got so much character."

Russell said he hoped Zandvoort's gravel run-offs would remain "because that's what makes the circuit so daunting and so incredible to drive".

Toro Rosso driver Daniil Kvyat said doing that would make Zandvoort "even more challenging" be when asked by Motorsport.com for his views.

"Overtaking there might be a problem, because there are a lot of awesome high speed corners, but with modern cars it is obviously hard to follow," Kvyat said.

"In F3 it was my favourite track. Maybe both of them [having Barcelona and Zandvoort] could be great. Barcelona became a very classic venue, so why not?"

Dutch driver Max Verstappen, whose rise with Red Bull has triggered the push for a Zandvoort race, said it would not necessarily mean the end for Barcelona.

"It's always sad to miss a grand prix," he said. "But it's the same with Malaysia, which was also a great venue. Maybe in the future it comes back again, you never know. It's the same with Zandvoort, isn't it? It's been away for a while and probably it will come back."

How McLaren plans to make itself great again