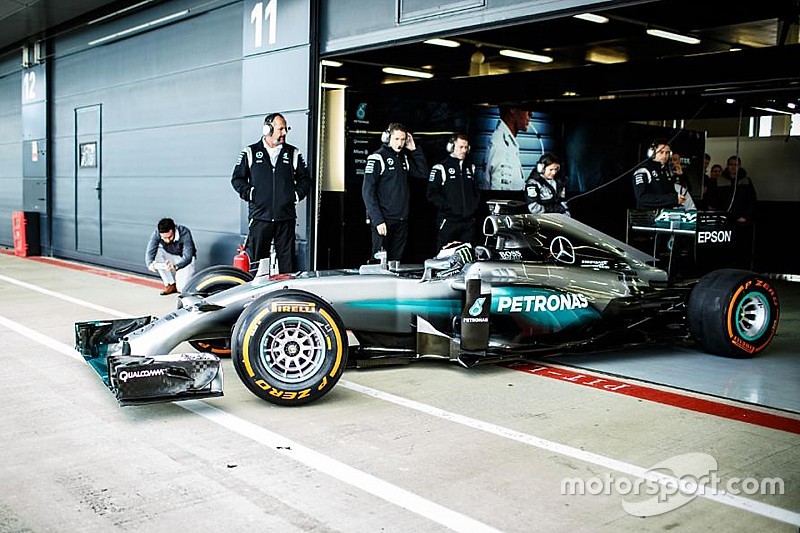 MotoGP world champion Jorge Lorenzo says he made a dream come true when he drove a Mercedes Formula 1 car at Silverstone on Thursday.

The Yamaha rider, who has three MotoGP titles to his name, took to the British circuit in a Mercedes W05, the car that Lewis Hamilton used to secure the championship in 2014, as part of an event organised by his Monster Energy, which sponsors both the Spaniard and the German team.

Lorenzo drove several powerful cars at Silverstone prior to the test in order to familiarise himself with the circuit.

His previous experience in four-wheel motorsport includes a test in the Dallara GP2/05 car, an outing in the 2012 Race of Champions and a Gulf 12 Hours run in the Ferrari 458 GT3.