Life goes on for Schumacher family 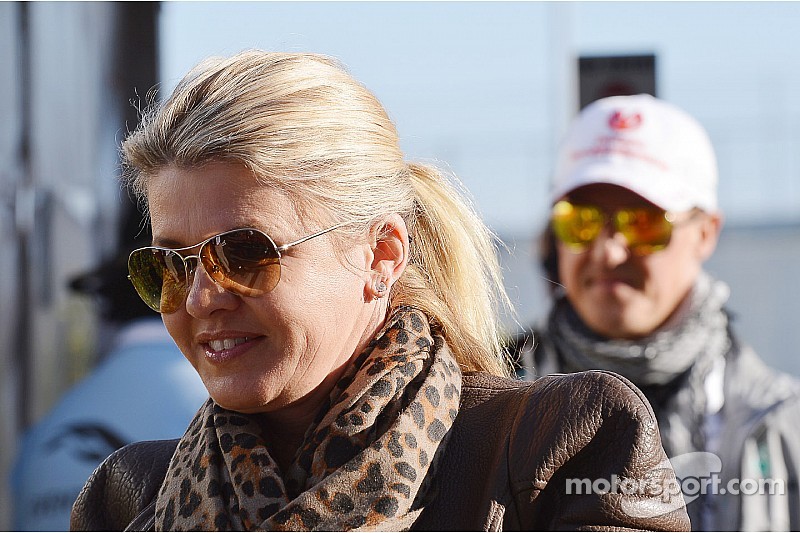 Sep.3 (GMM) For the Schumacher family, life goes on.

This week, a charming book penned by a young fan of Michael Schumacher hit the desk of the stricken F1 legend's wife Corinna.

Corinna replied personally to the boy: "I would like to thank you for your best wishes and your kind present, which help us to move forward in those difficult moments.

"Our Michael is a fighter and he will never give up," Mrs Schumacher added.

Earlier, Corinna was photographed as a smiling spectator at the World Equestrian Games in Normandy, France.

Reportedly still at a Swiss rehabilitation clinic after his long coma, former Ferrari and Mercedes driver Schumacher remains in the minds of many.

They tell me that there is small, continuous progress.

Former Ferrari team boss Stefano Domenicali this week named Schumacher as the driver he had the "best relationship" with.

"He was formidable because his contribution was not limited to his exceptional talent behind the wheel," insider Leo Turrini quoted Domenicali as saying.

"In private, he could be very severe, even ruthless, but outside he was always the first to defend the team," said the Italian.

On Schumacher's health, he said he understands the family's desire for privacy.

"We are in contact and they tell me that there is small, continuous progress. I know that we all hope that this terrible waiting will end in the best way.

"Unfortunately we just have to wait," said Domenicali.

To ensure a lower profile, Mick races with the surname of his mother, Betsch.