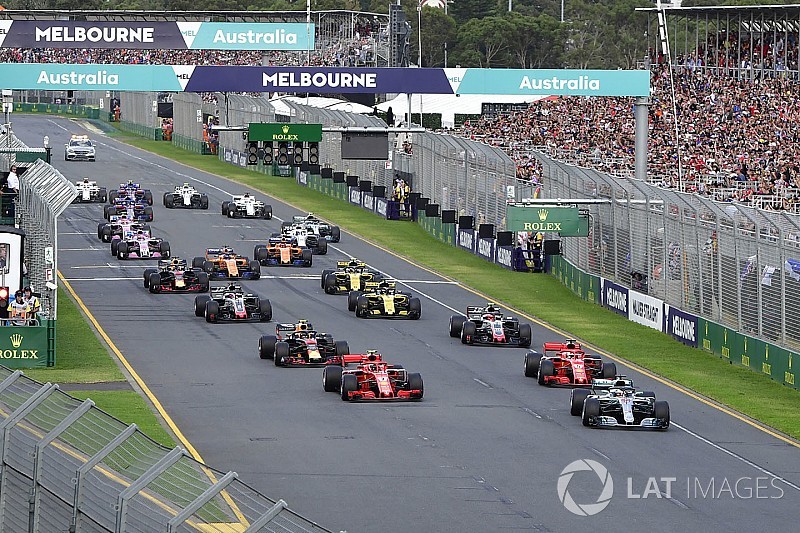 Formula 1 owner Liberty Media has revealed its vision for a cheaper, more spectacular and better run sport from 2021, during a presentation to teams in Bahrain on Friday.

F1 chairman Chase Carey plus motorsport chief Ross Brawn met with all 10 team principals for a 90-minute gathering at the Sakhir circuit to explain the direction it wants to take grand prix racing.

In a release issued by F1 chiefs, it oulined the key changes that were being worked on.

• The PU must be cheaper, simpler, louder, have more power and reduce the necessity of grid penalties.
• It must remain road relevant, hybrid and allow manufacturers to build unique and original PU.
• New PU rules must be attractive for new entrants and Customer teams must have access to equivalent performance.

• Liberty believes how you spend the money must be more decisive and important than how much money you spend.
• While there will be some standardised elements, car differentiation must remain a core value.
• Implement a cost cap that maintains Formula 1 position as the pinnacle of motorsport with a state-of-the-art technology.

• The new revenue distribution criteria must be more balanced, based on meritocracy of the current performance and reward success for the teams and the Commercial Rights Holder.
• F1s unique, historical franchise and value must and will still be recognised.
• Revenue support to both cars and engine suppliers.

• It wants to make cars more raceable to increase overtaking opportunities.
• Engineering technology must remain a cornerstone but driver's skill must be the predominant factor in the performance of the car.
• The cars must and will remain different from each other and maintain performance differentiators like aerodynamics, suspensions and PU performance. However, we believe areas not relevant to fans need to be standardised.

• A simple and streamlined structure between the teams, the FIA and Formula 1.

Friday's gathering was very much a presentation rather than a debate, with the teams left to take on what they heard and discussions to continue at a later date.

"It was a more a meeting to pass the information and to pass the views onto the teams," Brawn told Motorsport.com.

"The teams need to digest it now, and then the discussion proper will start. It was a straightforward meeting with no major controversies."

Ferrari and Mercedes remain the two teams that need the most convincing – and intriguingly, immediately after the meeting, Toto Wolff and Niki Lauda met with Maurizio Arrivabene at the Mercedes hospitality building to discuss what they'd heard.

Carey said in a statement: "Formula 1 is a sport with a rich history. We want to preserve, protect and enhance that history by unleashing F1s potential, by putting our fans at the heart of a more competitive and more exciting sport.

"We are driven by one desire: to create the world's leading sporting brand. Fan-centred, commercially successful, profitable for our teams, and with technological innovation at its heart."