Formula 1 owners Liberty Media have been warned by Bernie Ecclestone not to dismiss the possible threat of a breakaway championship being established by Ferrari and Mercedes. 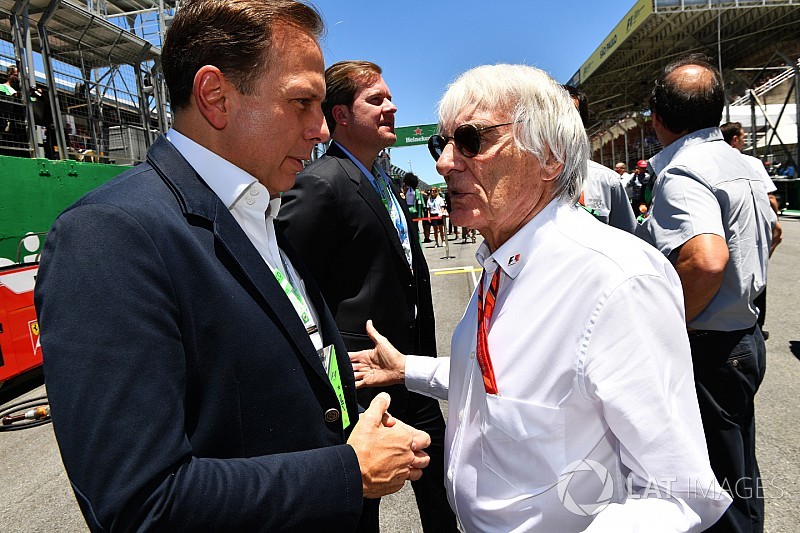 With F1’s two biggest teams questioning some of the plans that Liberty has for the sport beyond 2020, talk of a rebel series has emerged once again.

While there would be huge hurdles to overcome before the car makers could consider trying to do their own thing, Ecclestone believes Liberty would be foolish to ignore the possibility of something being put together.

“They will weigh up whether it’s better for everyone to leave and do their own series, or do we need the FIA to look over things? So people will start to think what to do.

“The trouble now is that Sergio has come out and said, ‘The next time I see you, I’m going to punch you in the face.’ And when he sees the people, he’s got to be sure that he’s going to punch them in the face. Sergio is not the guy that makes threats as a joke and then runs away from it.”

While F1 is bracing itself for tough negotiations about future rules, a new prize money structure and cost reduction, Red Bull boss Christian Horner thinks it would be wrong to think that Liberty will be a pushover.

“People underrate Liberty,” Horner told Motorsport.com. “They have paid $8 billion for a business. They are marketing people, TV people. Sport for them is entertainment, it is about engagement with the fans. Creating a better experience for the viewer and the fan.

“What they need to get right, and where they have clear ideas, is what the product should be for 2021. I think their challenge is that they don’t have alignment with the FIA and it is at odds with some of the teams.

“It has got to be what is right for the sport, and then it is down to the teams and whether they want to play or not. The problem with that process is that you are never going to keep everyone happy.”

Pushed on whether it will need Liberty to upset some people to get through rules that it thinks will be best, Horner said: “Yes. We need strong leadership at this point. The sport needs strong direction and clear direction.

McLaren executive director Zak Brown said in Australia that he hoped looming talks and politicking did not damage F1’s image.

“I think Formula 1 is going to go through a great growth spurt, but I think negotiations for the new Concorde Agreement are going to be fireworks like we've never seen before,” he said.

“Those have already started, but I think they'll become more public. So we need to make sure that doesn't become disruptive to the corporate community.

"Because it will all be a negotiation that will get pretty dramatic from here until we reach a new [agreement].”

Red Bull: RB14 giving nothing away in corners