The as-yet-unnamed project will be directed by British filmmaker Matt Kay and produced by Hamilton and his media talent manager Penni Thow, One Community and Box to Box Films – the producers of Netflix’s F1 series Drive To Survive, as well as the critically-acclaimed Senna and Maradona.

The documentary has had full access to Hamilton and his team, and promises “an all-star cast of guest interviews” as well as footage from on track and off.

Former HBO CEO Richard Plepper will be executive producer along with Scott Budnick (whose films include The Hangover).

Apple TV+ will add the Hamilton documentary to a growing list of non-fiction/unscripted content, which includes They Call Me Magic – the life story of NBA star Earvin ‘Magic’ Johnson.

A statement from Apple TV+ read: “Hamilton has blazed an uncharted trail professionally, socially and culturally, and transformed the sport on a global scale.

“Coming from a working-class family, Lewis succeeded in a sport where the odds were stacked against him but where his talent shone through, allowing him to dominate the sport for over a decade.

“Hamilton is currently the only Black driver to race in the Formula 1 series. He embraced what made him different and his rise to the top of his career has made him fiercely committed to using his platform to influence positive change for future generations.” 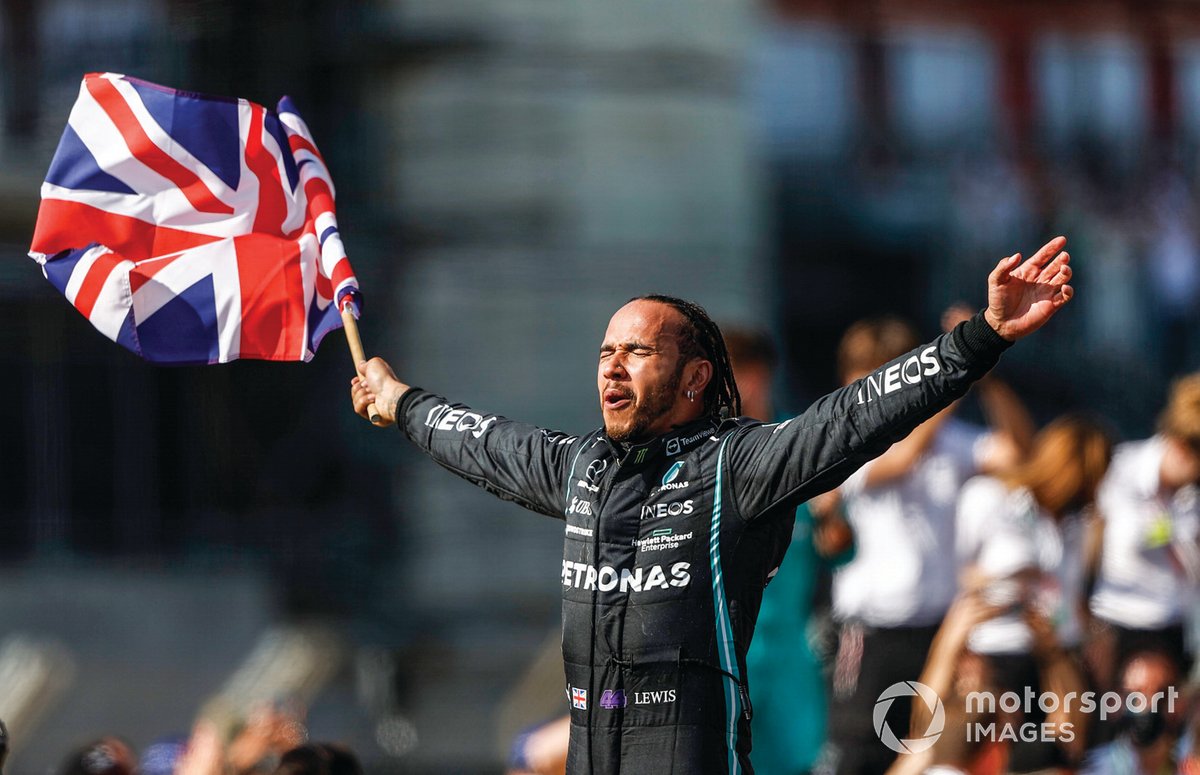 Lewis Hamilton, Mercedes, 1st position, celebrates after the race with a Union flag

Hamilton – who previously starred in the Cars animated franchise and being one of many star names to have a cameo in Zoolander 2 – has also been linked as a consultant, and possible actor, in the upcoming Apple Original Films F1 movie project starring Brad Pitt.

Reports suggest that Pitt will play a veteran racing star who comes out of retirement to mentor a young driver, while taking his own last chance at on-track glory.