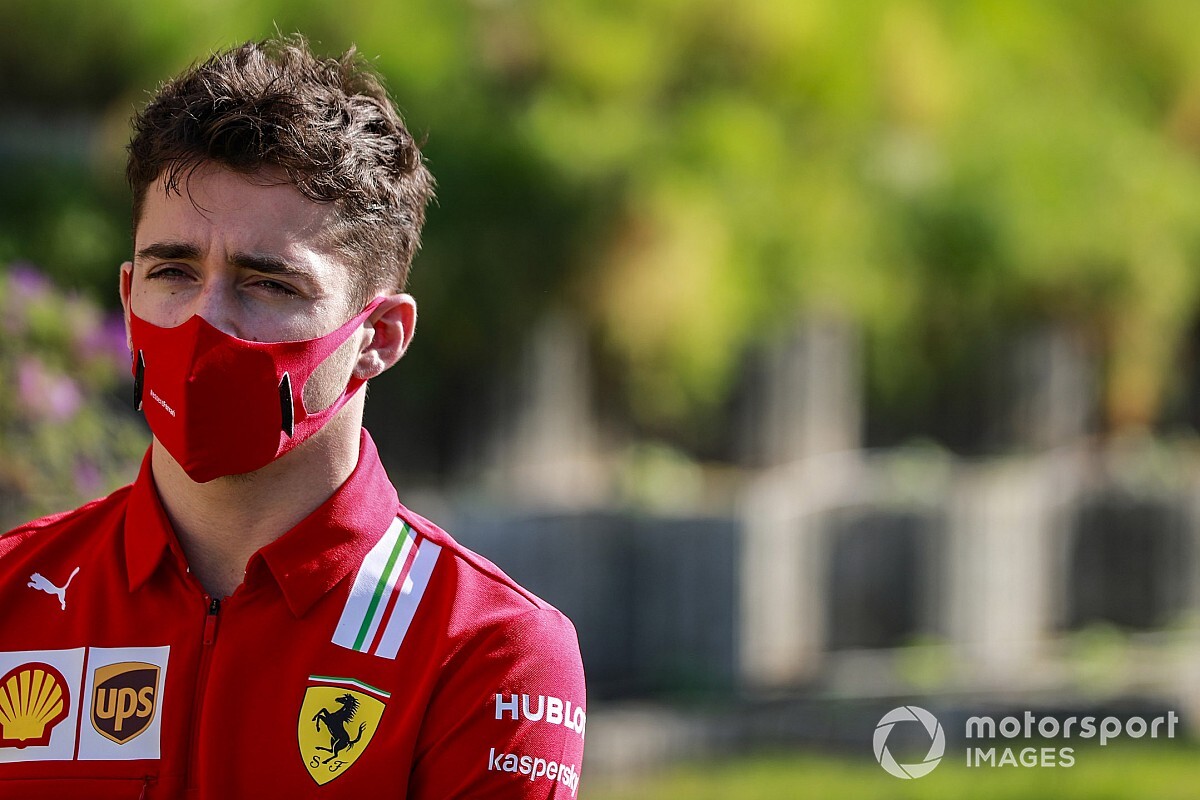 Charles Leclerc has vowed to learn from the last-lap mistake that cost him a podium finish at the Formula 1 Turkish Grand Prix, saying he was "too optimistic".

Leclerc was on course to finish third at Istanbul Park two weeks ago entering the closing stages, but had the chance to pass Sergio Perez for second place on the final lap after the Racing Point driver made a mistake.

Leclerc was able to pass Perez around the outside of Turn 11, but locked up at the next corner and slid wide in the slippery conditions.

It not only allowed Perez to regain the position from Leclerc, but also opened the door for Ferrari teammate Sebastian Vettel to snatch third place away.

Leclerc crossed the line in fourth place before going on a long rant over team radio, berating himself for the "stupid" mistake.

Reflecting on the mistake, Leclerc pinned it on a combination of being too bold under braking into Turn 12, and said he was unaware where the cars were around him.

"Looking back at it, I think there were two things," Leclerc said. "One is that I had been too optimistic, and probably missed my braking point, not by much, but enough to miss the corner.

"And then also the car was very, very dirty, so I was trying to check in the mirrors but I couldn't see anything behind.

"But anyway, I think the end result is that I should have taken a bit more margin, and I was anyway ahead of Sergio I think at the braking point.

"That's it. It happens, I'll learn from it, and hopefully it won't happen again."

The result in Turkey acted as a boost for Ferrari's chances of an improved finish in the constructors' championship, realistically ending AlphaTauri's chances of catching in the fight for sixth.

It left Ferrari just six points shy of Renault in fifth heading into the final three races of the season, and 24 shy of third-placed Racing Point.

Leclerc said that finishing third was "definitely the target" for Ferrari to chase in the closing stages, but accepted it would be difficult for the team to pull off.

"Realistically, I think it's going to be very, very difficult," Leclerc said.

"We need to have three perfect weekends. So we need to focus on ourselves and see whether we can make it or not.

"But I believe that it will not only depend on how much good work we do, but also how consistent they will be in the next week three weekends."