The Monegasque still has a mathematical chance of stopping rival Max Verstappen from clinching the crown, but realistically his Dutch rival is likely to wrap things up in Japan this weekend.

But rather than feeling that the end of the campaign is now wasted effort with the title gone, Leclerc views the last events as a key chance for Ferrari to make progress on areas it has been weak this year.

In particular, he thinks his Maranello bosses can use the opportunity to ensure that their race strategies are perfect, with it having made a few slip-ups over the course of 2022.

So while he was disappointed at losing out on victory in the Singapore Grand Prix, he welcomed the fact that it had been a day where Ferrari did time its pitstops right.

"I want to use these last few races for us to get better on the execution of the race, especially, and I feel like it's a step forward this weekend," he said.

"We need to do other steps forward. It's a good step in the right direction, and on that I'm happy, but of course frustrated with the second place."

Ferrari team principal Mattia Binotto reckoned the squad had done a great job on the pitwall in Singapore in trying to be aggressive against eventual winner Sergio Perez.

"I believe we made the right decisions," he said. "We were among the first to mount slicks at a time when the track was not perfectly dry, and with this choice we pushed Perez to stop. In doing so, we tried to change what could be the fate of the race." 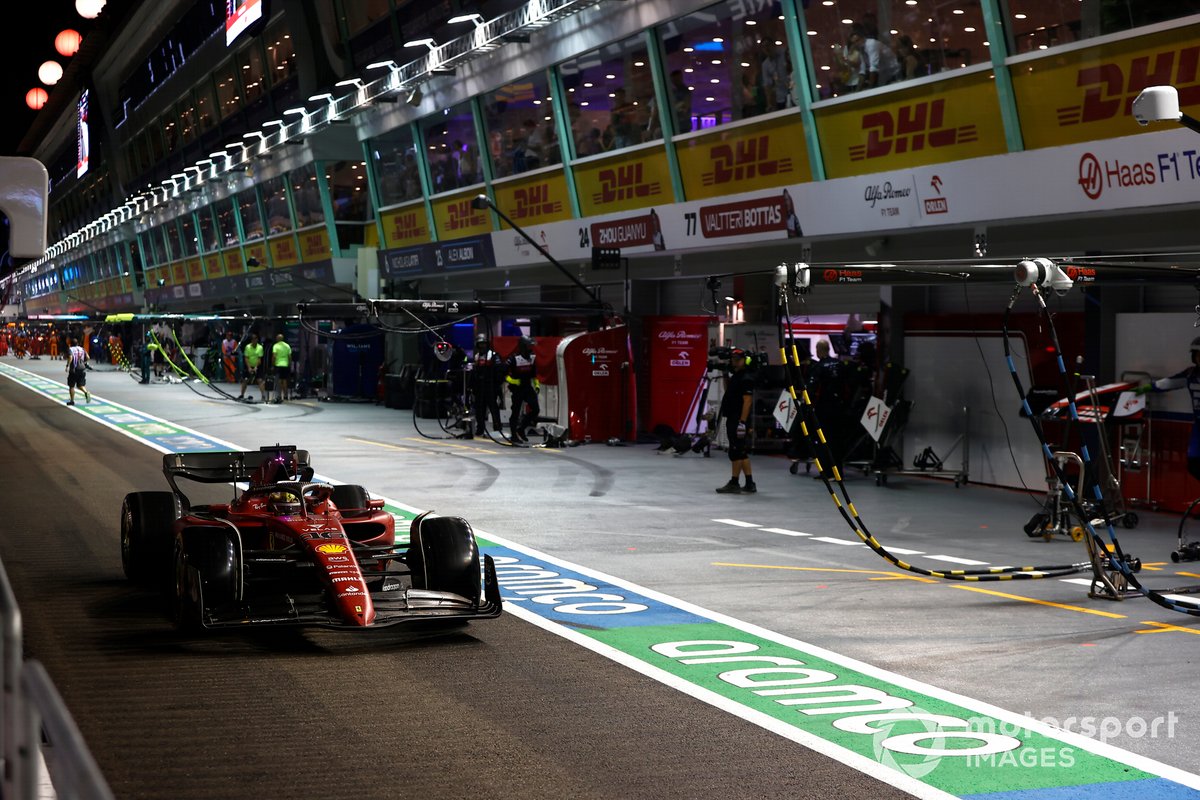 With Leclerc finishing second and Carlos Sainz third, the Singapore GP was the first time since the Miami GP in May that Ferrari had had two cars on the podium.

Sainz reckoned that the team had learned a lot from the errors made this year, and could build further strength in the next few weeks that could help it into 2023.

"It's good news to see that the race was well executed on both sides," said the Spaniard. "There are still things I'm convinced that we need to keep improving and do better, but the team is taking massive steps forward.

"We're learning from every situation. And as Charles said, you know, these last five races, or these last six counting with this one, they are going to be great preparation for us in order to be better at the front next year.

"It's clear that the car is there, the drivers, we're there. We just need to keep improving the execution and whenever we have the opportunities, nail them."