Charles Leclerc admitted using the hard tyre in Formula 1's Hungarian Grand Prix was a "turning point" in the race and doesn't understand why Ferrari put him on that rubber.

Leclerc pitted from the lead at the end of lap 39 after completing just 17 laps on his medium compound, with Ferrari then hoping to get him to the end of lap 70 on Pirelli's hardest tyre, despite seeing how Alpine duo Esteban Ocon and Fernando Alonso were struggling on that compound.

The decision went against Leclerc's wishes, who wanted to extend his middle stint on the mediums to then switch to the softs for the last stint.

Instead, Leclerc also struggled on the hards to the extent that he had to come in again for softs, shuffling the Monegasque driver down to sixth at the finish.

Leclerc said he couldn't understand why Ferrari decided to bring him in early for hards after advising his crew against it.

"I think the second stint should have been longer," Leclerc said. "The first stint was the right moment to stop, and we did the right choice there. But on the second stint, I don't know exactly why we did it shorter.

"I made it clear that the medium I wanted to keep it as long as possible, but we pitted very early for the hard, which we need to understand why.

"We had to pit [again] quite early, because [the] hard was just incredibly difficult." 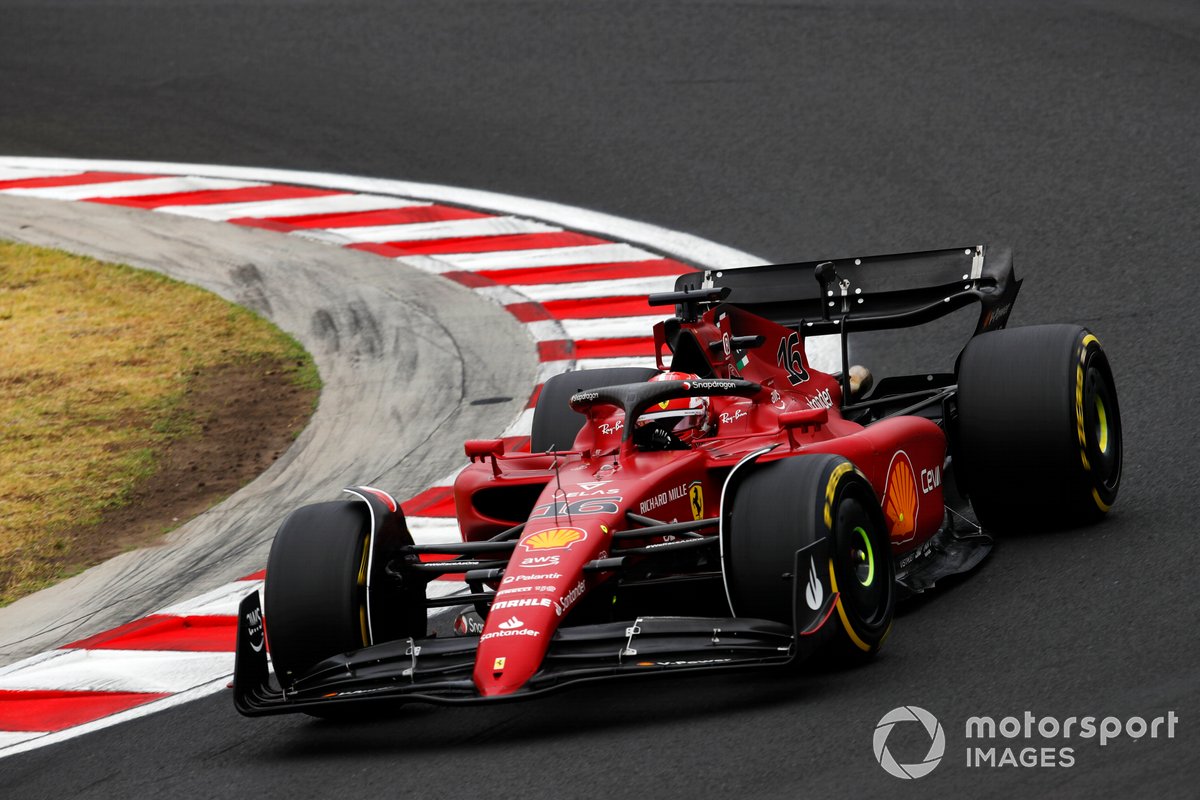 Leclerc suspects Ferrari reacted to Max Verstappen's second pitstop by bringing him in early, but says the Scuderia should have not responded to that and instead just followed its optimal strategy.

"I'm pretty sure that this was his call to put us under the pressure, but I don't think we should have maybe reacted to that," Leclerc explained.

"Because then it was a snowball effect to us, and we lost much more than what we should do."

Leclerc's latest setback has now increased his gap to Hungary winner and championship leader Verstappen to 80 points going into the summer break, making the Dutchman the overwhelming favourite to seal the drivers' title.

When asked about what Ferrari's latest gaffe means for his title hopes, Leclerc said the team can't even be thinking about the championship before sorting out its mistakes.

"Before thinking about the championship, to be honest, as a team we need to understand what we need to do to get better, because otherwise it's going to be really difficult," he admitted.

"Obviously, a race like this is frustrating and we need to get better as a whole.

"It always feels like there's always something going on, whatever is, reliability, mistakes, whatever.

"But we need to be better putting a weekend together. And yeah, we will try and use the few days that we have to reset, but obviously also to analyse and to understand what we can do to get better, because this is extremely important."