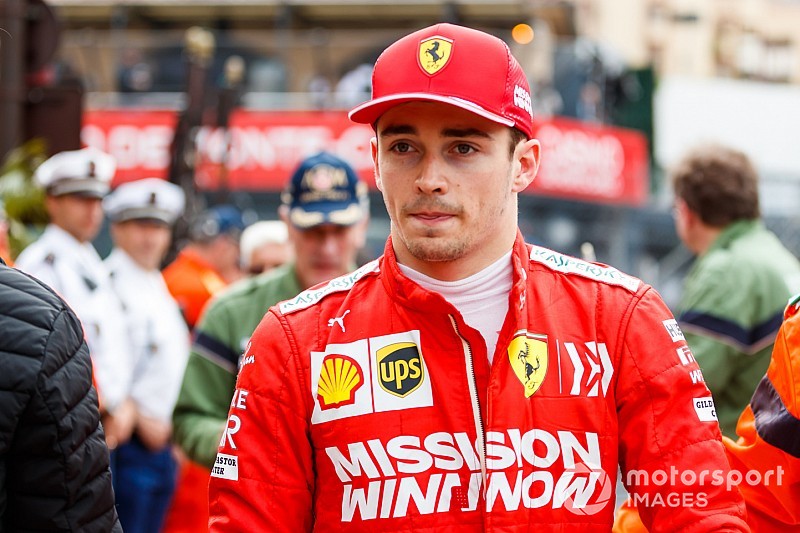 Charles Leclerc has been reprimanded by stewards for failing to obey the correct protocols during a Virtual Safety Car period in practice for the 2019 Formula 1 Monaco Grand Prix.

The car was too badly damaged to return to the pits, but the incident was dealt with under Virtual Safety Car conditions since there is an extraction crane at that corner.

During VSC periods drivers must not only slow down, but remain above a minimum time communicated to them by the FIA via the car’s Engine Control Unit (ECU). While Leclerc did slow down as he passed through the area of the incident, he exceeded the speed set by the FIA.

Since it was his first offence, the stewards handed him a reprimand rather than a harsher penalty.

“The Stewards reviewed video and telemetry evidence and heard from the driver of car 16 [Charles Leclerc] and a team representative,” said the FIA in a statement.

“The driver clearly and appropriately braked before turn 1 in reaction to the incident at the corner. The VSC appeared when the driver was between turn 1 and turn 2. The driver did slow significantly, however he remained below the minimum time set by the FIA ECU until past turn 8.

“The Stewards recognised that the driver was considerably slower than a normal lap throughout the sequence. However, as the VSC is imposed for safety reasons, the stewards determined that the breach needed to be recognised.

"The stewards therefore impose a reprimand, which is consistent with similar cases during practice sessions."