Leclerc: Not easy handling "third disappointment in a row" in Baku

Charles Leclerc admitted it was “not easy” to accept a “third disappointment in a row” after his Baku DNF cost him more ground in the Formula 1 title race.

By:
Luke Smith
Co-author:
Filip Cleeren
Listen to this article

Leclerc took pole position for the Azerbaijan Grand Prix and was leading the race after an early pit stop under the virtual safety car, before a power unit issue caused him to slow on-track.

Leclerc limped back to the pits and retired from the race, marking his second retirement in the last three races after a turbo and MGU-H failure sidelined him in Spain, again while leading.

The drivers' championship battle between Leclerc and Red Bull rival Max Verstappen has swung by 80 points in the last five races. Verstappen now leads Leclerc by 34 points, while Sergio Perez now sits second in the standings, 21 points off his Red Bull teammate.

The DNF meant Leclerc has failed to convert any of his last four pole positions into a race win, with his second place in Miami being the only podium in that spell. As well as suffering two retirements, Leclerc finished fourth in Monaco after struggling with strategy and blue flags.

Speaking after the race in Baku, Leclerc said it was "just as hard" to accept the retirement, and that it felt like a third DNF in a row given the Monaco result.

"It's a third disappointment in a row, and it's not easy," Leclerc conceded. "But yeah, overall, I'm confident that mentally I will be as strong as I was five races ago, when I was leading the championship, at the next race, and the motivation is still there.

"But we need to get on top of those things. And obviously, reliability is something that we need to look into after the last three races. 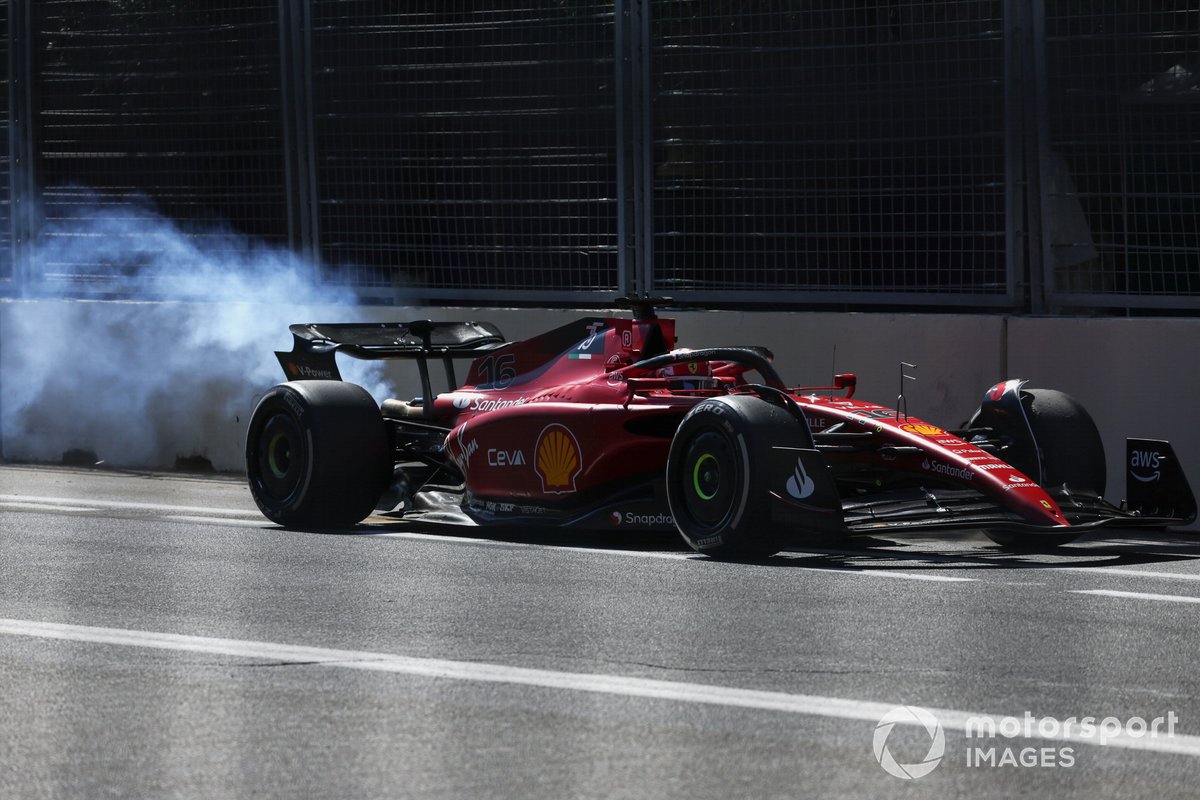 Asked by Motorsport.com if he feared for his title chances at the rate he was losing ground to Verstappen, Leclerc replied: "I believe we can win the championship still, but we need to be on top of those things." He also stated that the issues had not impacted his faith or confidence in the team.

Leclerc's retirement compounded Ferrari's misery on a difficult day in Baku after teammate Carlos Sainz was sidelined by a hydraulic failure earlier in the race.

The double DNF, combined with a maximum score for Red Bull, means Ferrari now sits 80 points adrift at the top of the constructors' standings.

"After the last few races, I think we've shown that we've lost too many points there and we need to look into this," Leclerc said.