Charles Leclerc says he feels no frustration with Ferrari’s Formula 1 strategists over the decision to pit him late at Spa despite the call backfiring in the last two laps.

Leclerc battled his way back up to fifth place after being forced into an early pit stop by a visor tear-off getting stuck in his brake duct, only for Ferrari to pit him again with two laps remaining to try and get the fastest lap bonus point despite some uncertainty from Leclerc on the radio.

Although Leclerc overtook Fernando Alonso while exiting the pits, Alonso passed him back down the Kemmel Straight, compromising Leclerc going onto the final lap.

Leclerc lapped six tenths of a second slower than Verstappen’s benchmark, and while he recovered P5 from Alonso using DRS, the Ferrari driver received five-second penalty for speeding in the pit lane at the final stop that dropped him back to sixth.

Leclerc denied feeling any frustration with Ferrari over the late decision to pit and took full blame for the penalty, saying it was “nothing to do with the team.”

“At the end, it’s more frustrating to see the delta of pace there was between Red Bull and us, which is the thing we need to work on,” Leclerc said. 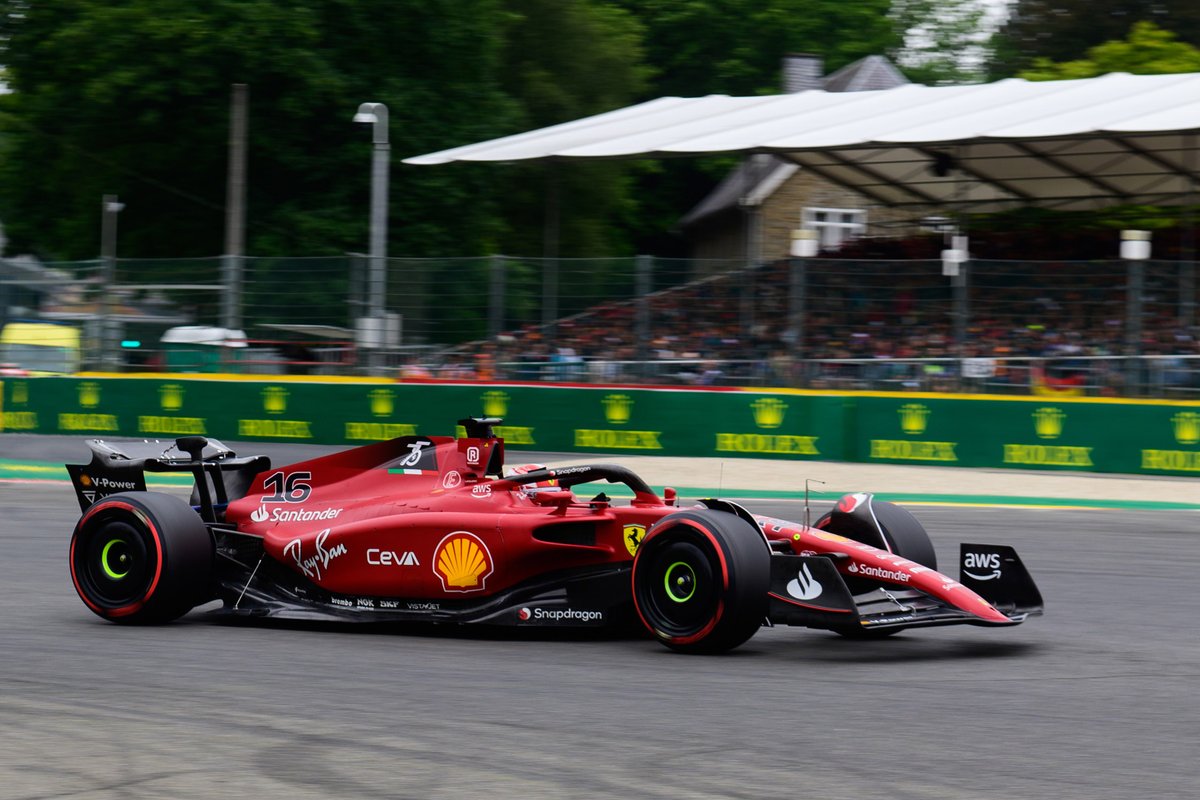 The race saw Max Verstappen fight from 14th on the grid to win the race by 17 seconds, extending his points advantage over Leclerc in the drivers’ championship to 98 points with eight races remaining.

Verstappen displayed an ominous pace throughout the Spa race weekend, setting the fastest time in qualifying by six tenths of a second before dropping down the grid because of his power unit penalty.

“If you look at Red Bull, they were on another level, and they found something this weekend that is a bit worrying for us,” said Leclerc, who admitted the championship was “definitely looking extremely difficult now” for Ferrari.

“For now, we don’t exactly understand [it],” Leclerc said.

“They are still extremely quick in the straights, it looks like they have no downforce, but then they get into the corner and they are as quick as us, or quicker.

The race also included a lot of radio chatter between Leclerc and his engineer, who regularly asked about strategy options and which tyre he would prefer.

At one stage, Leclerc asked Ferrari why they would consider pitting him so early and seemed unsure of its thinking, but he said there had been no change in Ferrari’s approach over the radio to discuss strategy.

“No, we’ve always done that,” Leclerc said. “This time we were a bit clearer because we were a bit in no man’s land and nobody was fighting with us, so we had more freedom to speak about it.”