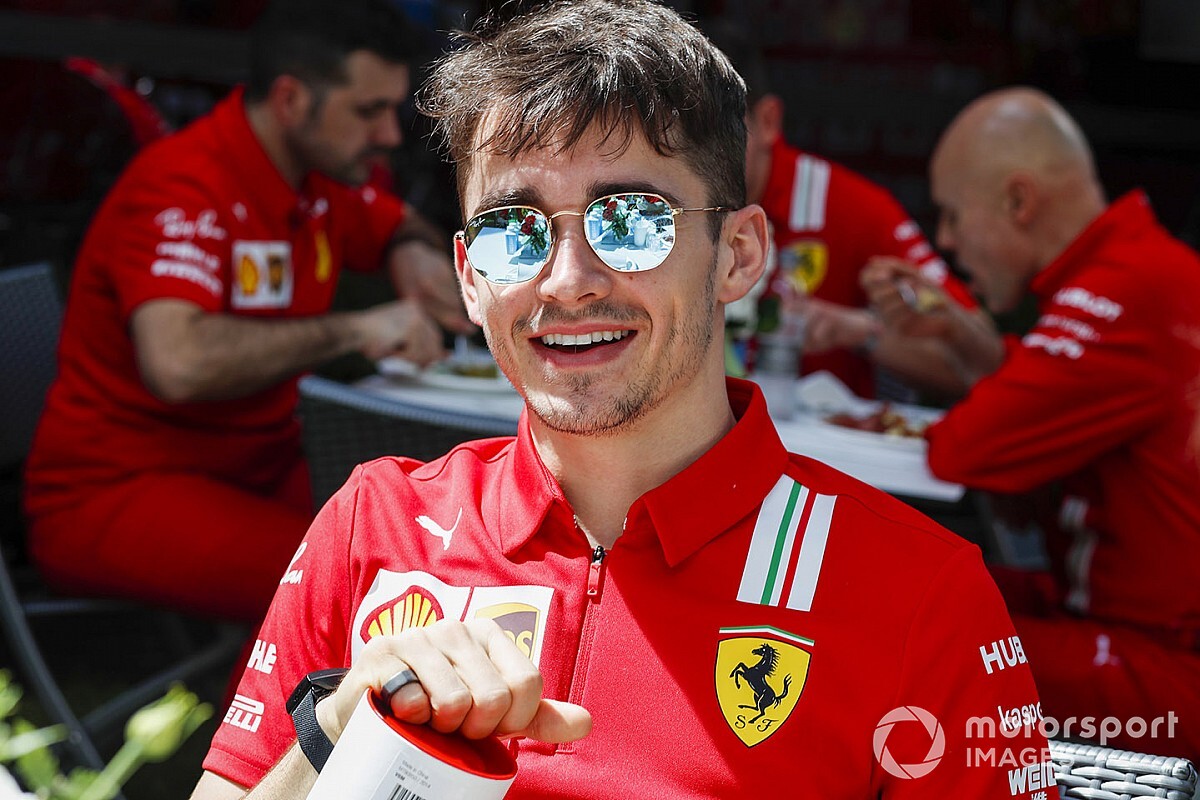 Charles Leclerc thinks it will be hard for Formula 1 drivers to get back in to the mental ‘bubble’ they need to perform at their best when racing eventually resumes.

F1 bosses are still unsure about when the first race of the season can take place because of the coronavirus pandemic, but there are hopes that the season can get going in July or August if travel restrictions are lifted.

The lack of events until then means drivers could face up to five months away from both track action and working closely with their teams, before being thrown back in to what could be an intensive campaign.

When asked by Motorsport.com about how much of a challenge it would be to switch back on to the level of focus needed, Leclerc admitted it would not be easy.

Speaking to selected media from his Monaco apartment, the Ferrari driver said: “It's going to be difficult: the mindset and to find exactly the bubble you need to be in just before getting into the car.

“This is something that you are getting better at every time you do it, so once you don't do it for a long time, then it's difficult to get back to this state. So yeah, it's going to be difficult.

“In the end at home I'm trying to train every week or so to try and put myself in the zone, even though it's not to get in the car: it’s most probably just to cook pasta after that!

“But yeah, just to train myself to be in this zone, and I think it's important every time I go training I try to be as focussed as possible as I would go in the car, to keep me trained on that.”

With Ferrari having finished winter testing on the backfoot compared to Mercedes and Red Bull, Leclerc knows that his Italian outfit faces a particularly tough time if it is going to have any hope of catching up.

“We've been struggling a bit during testing,” he said. “So we need to catch up: whether we'll be able to or not, I don't know. But last year, we've had a good progression throughout the year.

“I think we need to keep working as we did last year. And I'm pretty sure the results will come. But it is going to be a difficult season for everyone, because as soon as it starts it is not going to stop. And we won't have any breaks to develop the car more than the others.

“So I think the work on track will be extremely important and more than it has been every other year, because we'll spend a lot of time on track whenever the season will restart.

“It's going to be very important to be focussed and ready from the first race on, and as drivers to give the right feedback to the team and try and help the team in the right direction straight away.”

Although Leclerc has been enjoying his entry into Esports, he has admitted that it was real world competition that he longed for right now.

Asked what he missed the most during lockdown, he said: “Racing. Racing and I think seeing people, being with people. Because at the end being here in this apartment for a few weeks starts to be a bit boring.