Charles Leclerc admitted that a safety car finish to Formula 1’s Italian Grand Prix was "frustrating", but losing the race had been settled long before that.

The Ferrari driver had led in the opening stages at Monza from pole position but elected to go for an early change of tyres when there was a virtual safety car period prompted by Sebastian Vettel's retirement.

That move put him on an alternative two-stop strategy, with the extra stop and lack of pace compared to eventual winner Max Verstappen leaving him well adrift as the laps counted down.

But the possibility opened up for a potential showdown with Verstappen as Daniel Ricciardo's late retirement with an engine problem brought out the safety car.

However, delays in retrieving the stricken McLaren, as well as the safety car taking several laps to pick up race leader Max Verstappen, meant the laps ran out to allow a restart.

Following protocols which were ignored in Abu Dhabi last year, that the race can only restart one lap after lapped cars have been unleashed, there was no scope to go for a last-lap fight once the cars were in order.

Much to the annoyance of the local Ferrari fans, who booed the cars as they took the chequered flag, Verstappen came home unchallenged for his first victory at Monza. 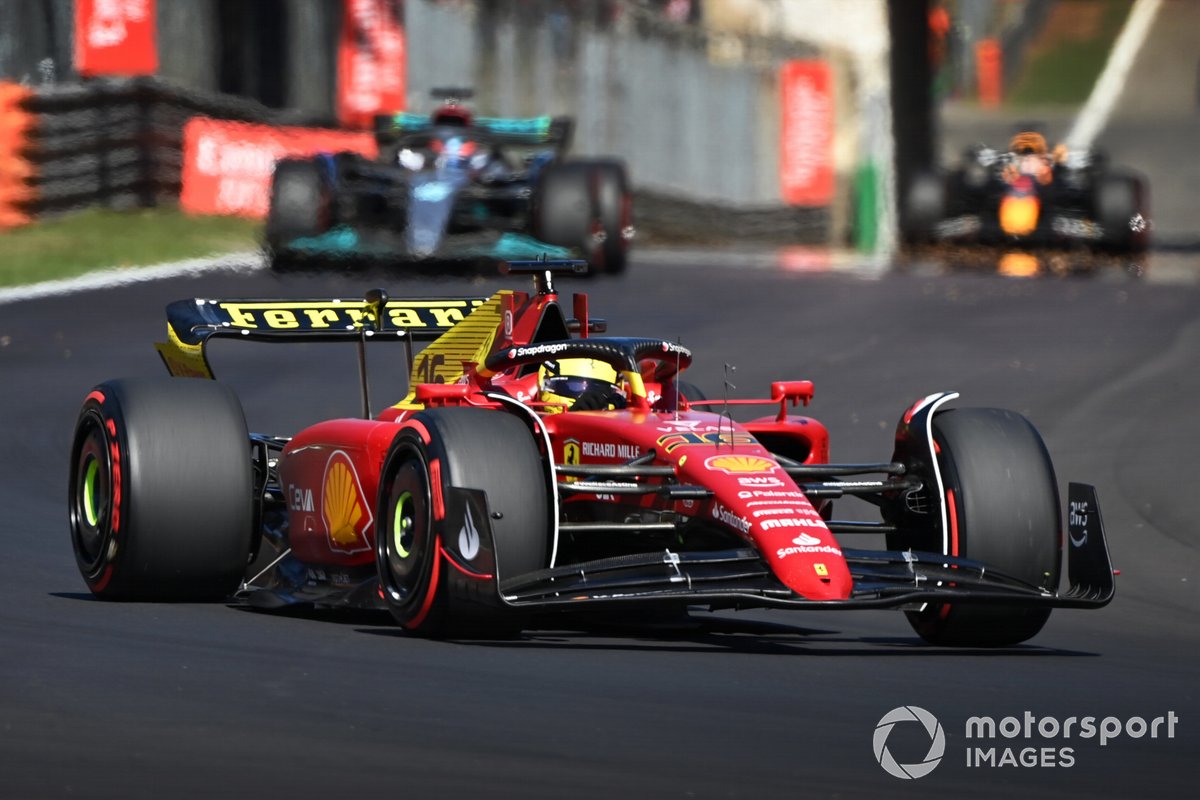 Reflecting on the end of the race, Leclerc admitted he was eager for the race to resume but said that his defeat to Verstappen had been set in stone much earlier.

"I mean, the end was frustrating," he said. "I wish we could have ended up racing, but unfortunately we were second at that place, because of what happened before. So it's a shame.

"But overall, I gave it all for P2 today. I wish I could have won in front of the amazing tifosi we have here, but I just couldn't today."

Leclerc said that he and Ferrari went for the early virtual safety car stop just to be sure to cover off the cars behind, but would obviously need to dig deeper into whether or not the choice was right.

"We didn't know what they were going to do behind, so we took that choice," he explained.

Asked if he was happy with the decision, he said: "Well, obviously we've finished P2 so I'm not extremely happy with the race. But yeah, we'll work on that."