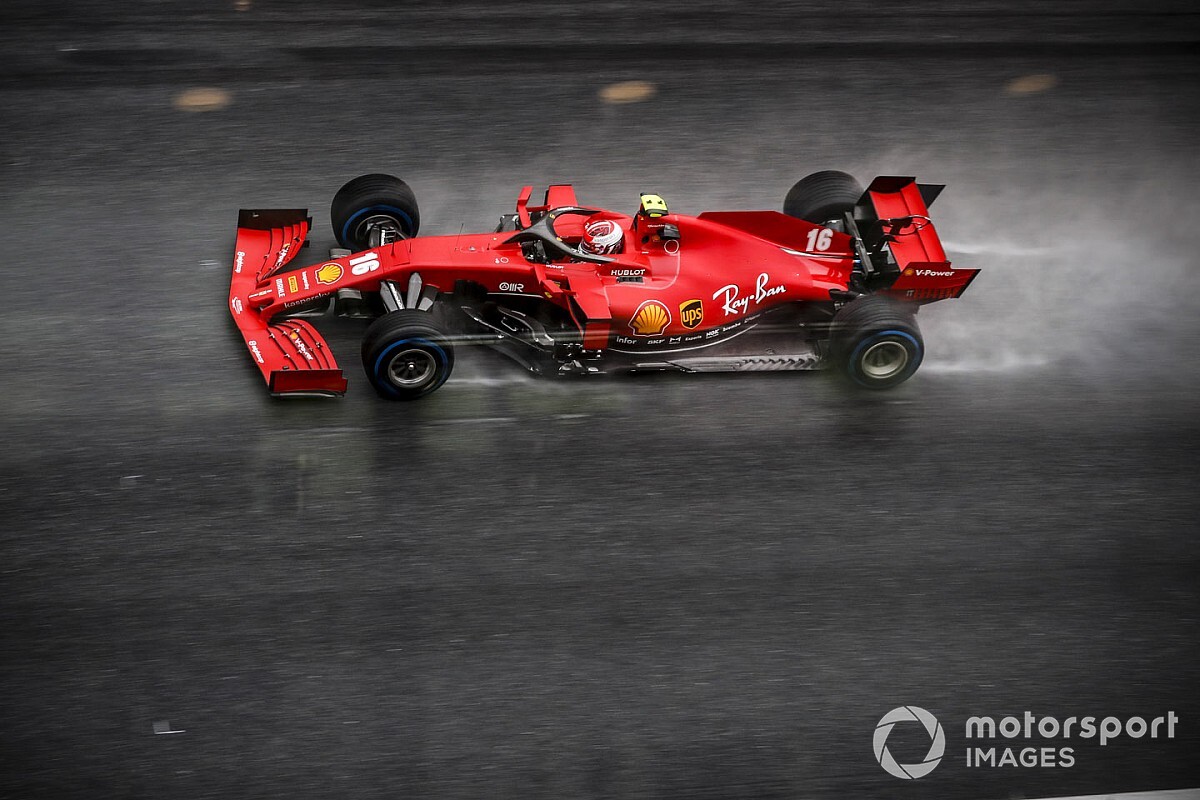 Charles Leclerc is facing a double investigation after qualifying for the Styrian Grand Prix, with stewards investigating him impeding another car and failing to abort a lap for a red flag.

The Ferrari driver had a difficult time in the wet conditions, and had got knocked out at the end of Q2 to take a provisional 11th spot on the grid.

However, he could face a grid drop after the FIA said he had been summoned over two offences.

The first was for failing to return to the pits immediately after the red flag was shown at the end of Q1 for Antonio Giovinazzi's stranded Alfa Romeo.

The FIA regulations state that in the event of a red flag: "When the signal is given to stop all cars must immediately reduce speed and proceed slowly back to the pitlane."

The second offence was for holding up AlphaTauri's Daniil Kvyat through Turns 9 and 10 in Q2.

Leclerc was not the only driver to complete their lap after the red flag came out, with Kimi Raikkonen also being summoned for a similar offence.

Sergio Perez is also under investigation for failing to slow for yellow flags at Turn Three during Q1.