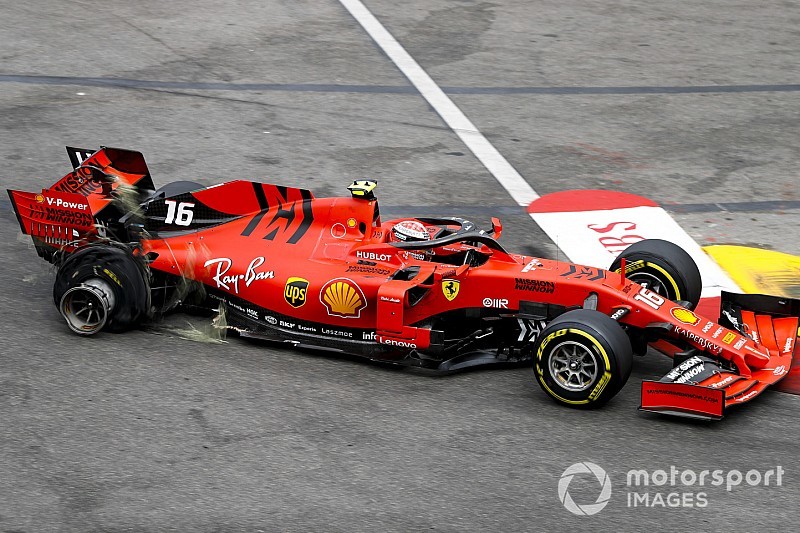 Leclerc, who had started 15th after a strategy error from Ferrari saw him eliminated in Q1 from Saturday, was on an early charge through the field and passed Romain Grosjean for 12th with an audacious move down the inside of La Rascasse before coming up on Hulkenberg.

He tried to overtake Hulkenberg at the same right-hander a lap later, but ran out of space, clipping the wall on the right-hand side and spinning out into Hulkenberg.

While both carried on, Leclerc retired with damage a couple of laps later, while Hulkenberg was forced into the pits with a puncture, which cost him track position and ultimately ended his chances of scoring any points.

Asked whether Leclerc had been too aggressive, Hulkenberg said: “Yeah, he was. You know he came, first of all, from quite far back and then I didn't leave much of a gap anyway and I saw that he launched and I played fair and opened the steering and tried to leave him some space, and tried to let us both lift.

“He spun, he just kissed me - I didn't hit the wall or anything but he sliced my rear tyre open. I think he was definitely too ambitious in that moment.”

Hulkenberg said he had been informed that Leclerc had passed Grosjean at La Rascasse, and was thus anticipating a move.

“I was aware of that, my engineer told me that, I could sense it coming but you've still got to weigh up your chances as a driver and know when it's a real opportunity or when [it's] not.

“But I think he was a bit impatient there today, obviously frustrated after yesterday and wanted to get through the field - but it's Monaco and it doesn't work like that always.”

Leclerc, for his part, believed he “had to take risks” given his starting position, and felt Hulkenberg hadn't left him as much space as Grosjean.

“I just said [to Hulkenberg] I think it was a racing incident, I don't think he left much space,” Leclerc said.

“I had to take a lot of risks, which we did - it was fun at the beginning, unfortunately it ended in disaster, but that's a bit Monaco.

“Unfortunately when we're starting P15, which is not our real pace position... it was difficult to come back for today.”

Grosjean, who had described Leclerc's earlier pass at La Rascasse as a “kamikaze” move, picked up two positions when the Monegasque's Hulkenberg attempt didn't come off – and said he could see it coming.

“Leclerc was very, very aggressive,” Grosjean said. “I opened the door just not to get contact but I knew someone would not do the same, and that happened the lap after, so we got two places there.” 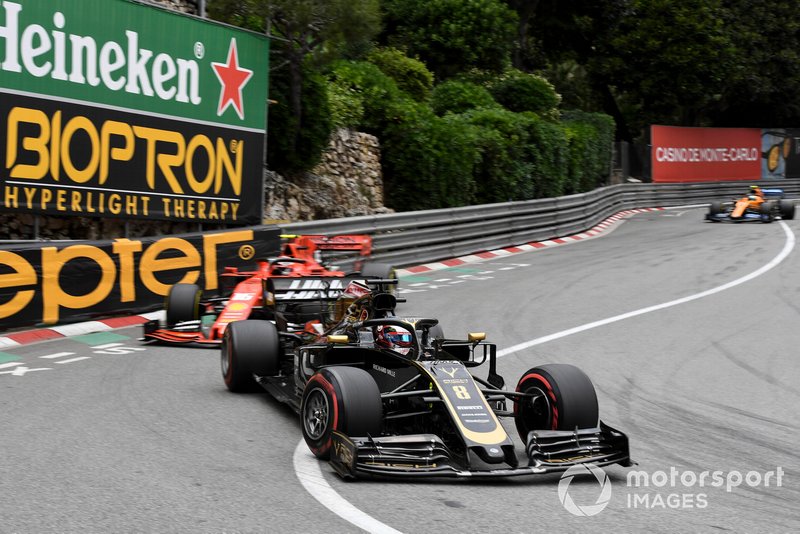