Leclerc had started his karting career alongside Hubert, the Renault F1 junior who lost his life in a Formula 2 crash at Spa on Saturday.

After ending his wait for a maiden F1 win with a fine drive on Sunday, Leclerc immediately dedicated the victory to the 22-year-old Frenchman.

“On one hand I have got a dream I’ve had since being a child that has been realised,” said Leclerc.

“On the other hand it has been very a difficult weekend since yesterday. We have lost a friend first of all. It is very difficult in this situation.

“I would like to dedicate my first win to him. We have grown up together. My first ever race I did with Anthoine when we were younger, there was Esteban [Ocon], Pierre [Gasly].

“It is just a shame what happened yesterday. I can't enjoy fully my first victory but it will definitely be a memory I will keep forever.”

Leclerc qualified on pole and led early on, before briefly slipping behind Sebastian Vettel after his teammate benefitted from an early stop for fresh tyres.

However, Ferrari reversed the decisions once Leclerc had pit, and he looked as though he was on course to win comfortably before Hamilton slashed the gap late on.

“It was a very difficult race, we were struggling quite a lot with the tyres at the end,” said Leclerc. “But a lot happier than what I've done in Budapest, I managed the tyres better.

“The end of the race was definitely not easy, he [Hamilton] was catching very quickly. I had quite a bit of pressure, but happy I kept him behind.”

Hamilton missed out on another win by 0.9s, but said Leclerc was a deserving winner.

The young Monegasque was robbed of his first win by an engine issue in Bahrain and was overtaken late on in Austria.

“I gave it absolutely everything that I had,” said Hamilton. “A really difficult race today, the Ferraris were too fast on the straights, and it was very, very hard to keep up with them.

“I got as close as I could at the end, maybe we needed a few more laps today.

“But nonetheless, congratulations to Charles, his first win. He has had it coming all year so I am really happy for him.” 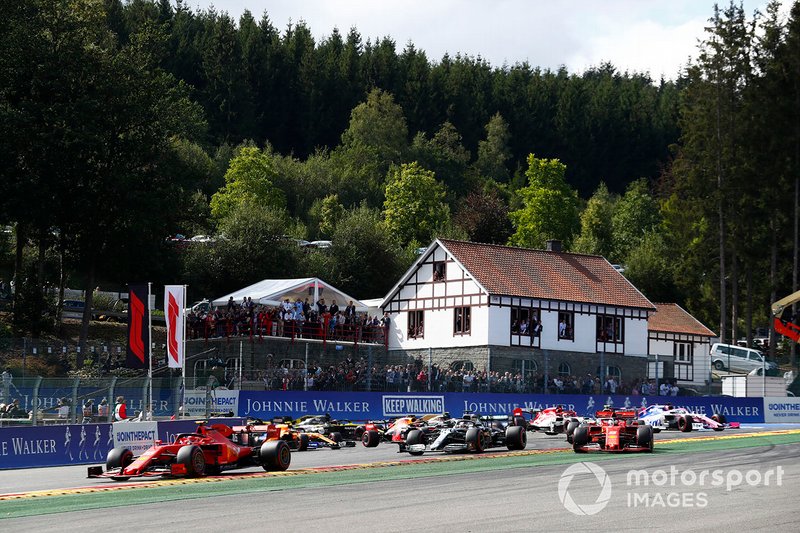